Xbox Game Pass continues to be hailed as the best game subscription around – like right now, I'm hailing it as exactly that right now – but what is its precise value in cold, hard numbers? Just how much gaming time do you get for your money? We've done the math, and it seems the PC edition of Xbox Game Pass, priced at $9.99 USD per month, gets you over 4,000 hours worth of videogames, which comes out to about a quarter of one US penny per gameplay hour. That's just under half a year of non-stop gaming.

That's a conservative estimate, too. We went to popular backlog tracker How Long to Beat [HLTB] and wrote down the details for every single PC title in Game Pass. HLTB lets users submit their game completion times in three categories: one for rushing straight through the main story, one to leisurely enjoy some side quests along the way, and one for 100% completion.

There are currently 251 games on Game Pass PC by our count, not including a couple of double listings (The Master Chief Collection and each individual Halo game are listed separately in the Xbox app, for example). Just completing the main story for all 251 games would take around 4,041 hours, according to the times submitted to HLTB.

That’s not even counting EA Play, an additional service (normally $4.99) that was added to Xbox Game Pass PC at no additional charge. I didn’t include those because it’s technically an entirely separate service that’s just now included on Game Pass. They definitely haven’t been excluded from the count because EA Play games require a separate launcher which kept me from noticing them in my initial survey.

Your mileage will, of course, vary depending on how you play games and how HLTB users have submitted their times – after all, you might have some debate on what constitutes ‘beating’ a game like Football Manager 2021 or Crusader Kings III. A handful of titles, including highly replayable multiplayer games like Among Us and Dead by Daylight don’t even have times submitted, and we had to do a little creative accounting around games like the Age of Empires remasters, where the old versions of the games have much more robust and reasonable time submissions. 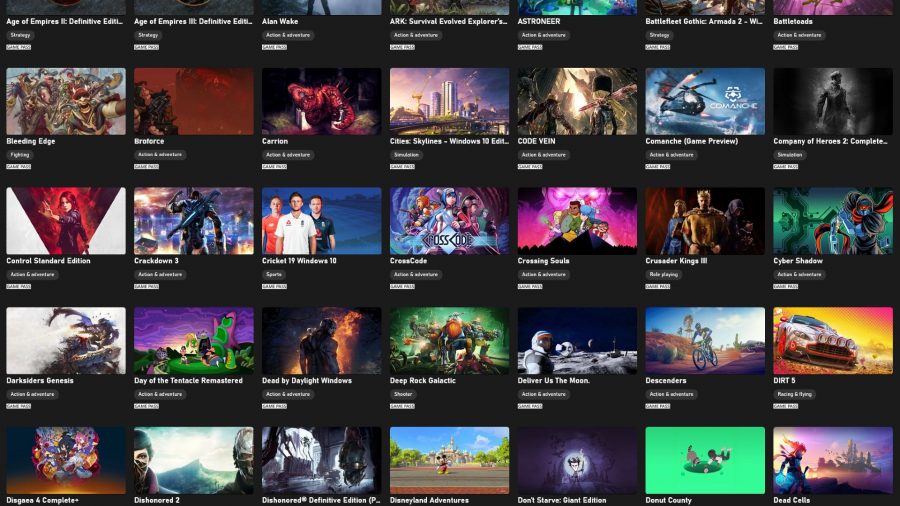 If you want to take a more leisurely stroll through the Game Pass library and do some side quests along the way, you’re looking at an investment of around 7,392 hours – that’s just over a tenth of a penny per hour. If you want to go full completionist then you’re looking at a full 14,296 hours of playtime. At this point my calculator defaults to scientific notation, so you know the value’s good.

It should come as no surprise that you’ll get the most hours out of big sandbox games like Football Manager 2021 (176 hours), Europa Universalis IV (120 hours), and Crusader Kings III (76 hours). Some of the lengthiest options with more traditional endings include a pile of RPG games, including Morrowind (45 hours), Final Fantasy XII (61 hours), and Dragon Quest XI (57 hours).

If, on the other hand, you want to enjoy a whole lot of short games, Game Pass has you covered there, too. Great indie games like Donut County, Ape Out, What Remains of Edith Finch, Streets of Rage 4, and Pikuniku can all be put to bed in under three hours. So can pretty much every game in the Five Nights at Freddy’s series, if you want to know what’s up with that minor horror game phenomenon. 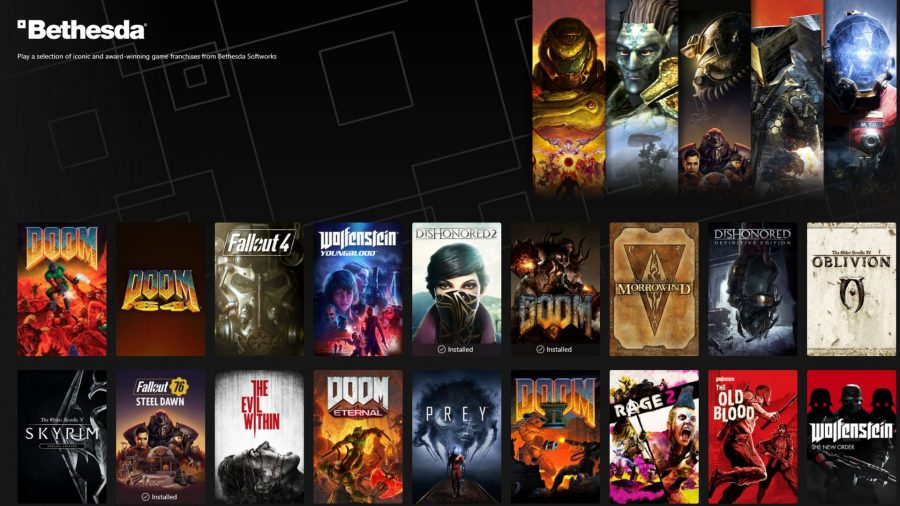 Game Pass PC still suffers some rightful criticism for lagging behind its console counterpart – seriously, why aren’t we getting Outriders? However, there’s still a whole lot of excellent gaming to be had on the service.

While running through this whole experiment, I was most shocked by just how good the vast majority of games on Game Pass actually are. Even the smallest titles on the service are well-crafted indies, and though not every game will match your tastes, there’s very little in the way of filler. Those are 4,000+ hours well spent.

Also, the first month of Game Pass for PC is only £1, so consider that a temporary buff for its value stat.