One year after its initial reveal, Microsoft is finally ready to release its most powerful Xbox to date. ‘Who cares? This is a PC gaming site’ we hear you chant, and you’re not wrong, but hear us out: The Xbox Series X and Series S are impressive gaming systems that mark the closest consoles have ever been to modern day PCs, and in some ways exceed them.

After crunching the numbers, it’s already been established that it’s pretty damn difficult, if not downright impossible to build a PS5-level PC for the same $499 / £449.99 price at launch. The same can be said for the Xbox Series X with its claims of hitting 4K resolution at up to 120 frames per second for just $499 / £449, and even the $299 / £249 Xbox Series S pumping out 1440p resolution at the same buttery smooth fps.

This is because it’s far more than just raw specifications lumped into a branded case. The gaming experience each system boasts is a direct result of the technical wizardry that goes on behind the scenes to make everything ‘custom’, even if it’s based on the same Zen 2 CPU architecture gaming PCs have had access to for years and new RDNA 2 GPU architecture that’s about to grace our setups with AMD’s Radeon 6000 series.

With that in mind, here’s a quick look at what’s under the hood of the Xbox Series X and Series S: 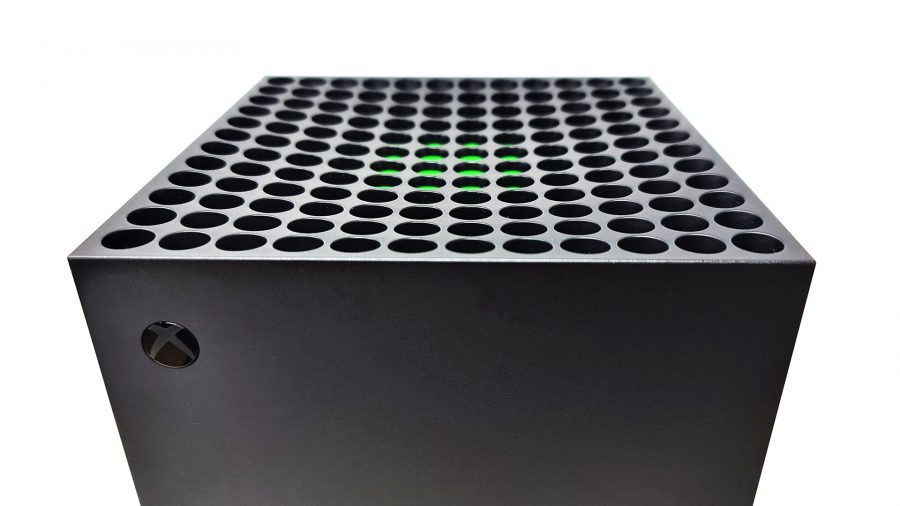 Looks just like a range of new PCs, right? Close, but not quite. Being so intimately involved in the design process of AMD’s included hardware affords the Xbox Series X and S a range of features that would otherwise be difficult to take full advantage of without a high-end system.

DirectX Raytracing, variable rate shading, and spatial audio all make an appearance in both consoles, and even if there aren’t a great deal of games at launch that make use of them, they introduce more detail than ever before in the ones that are ‘Optimized for Xbox Series X and S’, like Gears 5, Ori and the Will of the Wisps, and Sea of Thieves.

Even older titles that don’t include High Dynamic Range compatibility benefit from Microsoft’s latest HDR reconstruction technique, which uplifts the quality of Standard Dynamic Range games without any extra overhead on the components.

The star of the show is, undoubtedly, the new Xbox Velocity Architecture, which utilises the best SSD for gaming of the ultra-fast NVMe variety, DirectStorage API, Sample Feedback Streaming (SFS), and a dedicated hardware decompression block to enable the quickest loading times consoles have ever seen. Not to mention its Quick Resume feature, which allows you to switch games in seconds.

Director of program management at Xbox

Since PC is my main platform, I found it a little jarring without a ‘close’ or ‘shutdown’ option in my games. You simply hop from the game you’re playing back into the home menu to boot another title. If you want to return to your original game, just repeat the steps and bask in the glory of it taking as little as ten seconds to return to the exact position you left your character in. This does come with some caveats, as it can be much longer depending on what you’re switching between and you will be kicked from multiplayer lobbies if you are inactive for too long.

Anyone that games on PC will know you can’t leave too many games open at once without it having a considerable impact on your components, but Jason Ronald, director of program management at Xbox explains that this isn’t a worry for the Xbox Series X and S.

“Through the unique design of our operating system and the Xbox Velocity Architecture, we can quickly persist the full state of your game to the internal SSD when you switch to a different title, even through a console reboot or a system update,” says Jason. “The system reserves enough storage space to retain the states of multiple titles until the player reaches the storage limit reserved for Quick Resume, at which point whichever title that was suspended first will be removed from the queue and replaced with the new one.”

As for loading times, these are still dependent on how long it takes for your system to shake hands with the server, but this does bring me to another way in which the Xbox Series X and S are a little better than gaming PCs: everyone is on an SSD. Loading into a multiplayer match is no longer dependent on the slowest system in the lobby, meaning less waiting and more gaming. We will also see the full extent of these benefits as more titles come out of the woodwork, given that developers can design games based solely on SSDs rather than duplicating assets several times for the physical arm of a hard drive to find quicker.

And, last but not least, you can use remote play to beam your games from your console to your smartphone, provided you’ve got good internet speeds. This will eat away at your data plan if you’re playing on-the-go, but it’s a neat and easy-to-access feature that lets Microsoft join in the handheld market without actually fully committing to a standalone device. 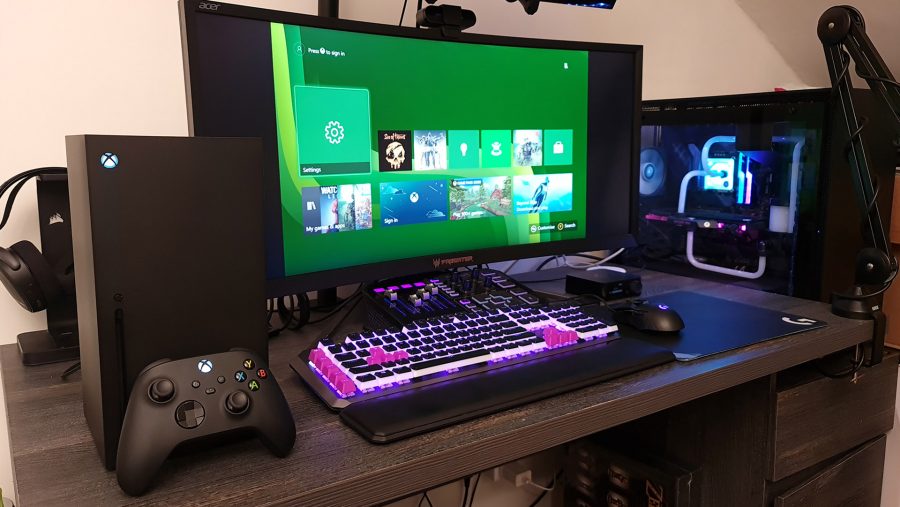 Aside from the controller in my hand, it has to be said that the games in motion were indistinguishable from PC gaming. Whether I was enjoying the competitive elements of a fast-paced shooter like Gears 5, the colourful, artistic backgrounds of Ori and the Will of the Wisps, or the large and populated world of Watch Dogs: Legion, it’s easy to see that the new graphical capabilities of the Xbox Series X and S have come a long way from their predecessors.

You can't choose between resolution and frame rate, like on PC

But for all their focus on resolution and frame rate, the lack of customisability firmly drives home that these are still consoles. For better or for worse, you don’t get a choice whether you prefer one or the other, you’re simply stuck with whatever the developer lumps you with, much like previous console experiences. Of course, this does create a level playing field if you’re of a more competitive disposition, but it leaves much to be desired if you’re happy to sacrifice graphical quality for more frames.

“Ultimately, it is up to the developer to determine resolution and framerate based on their creative vision. We expect most developers to target 4K at 60FPS, however, the experience will vary based on what they’re trying to achieve,” Jason explains. But all hope is not lost, as “developers can also offer options to the player for increased framerate or increased resolution, depending on their creative vision.”

Developers will be targeting an average of 60 frames per second at 1440p resolution for the smaller Xbox Series S, but there is much more headroom than I originally thought for a sub-$300 machine. Not only can the console hit as high as 120 frames per second, like its bigger brother it can also achieve up to 4K resolution if it’s within the scope of the developer.

“The Xbox Series S includes a dedicated hardware scalar to enable the platform to automatically upscale any visuals to 4K when connected to a 4K TV regardless of the native rendering resolution,” according to Jason. “Developers can choose how to best utilize the power of Xbox Series S including the ability to render at native 4K. Ultimately, it is up to the developer to determine resolution and framerate based on their creative vision. Xbox Series S also fully supports up to 4K resolution for entertainment apps on Xbox.” 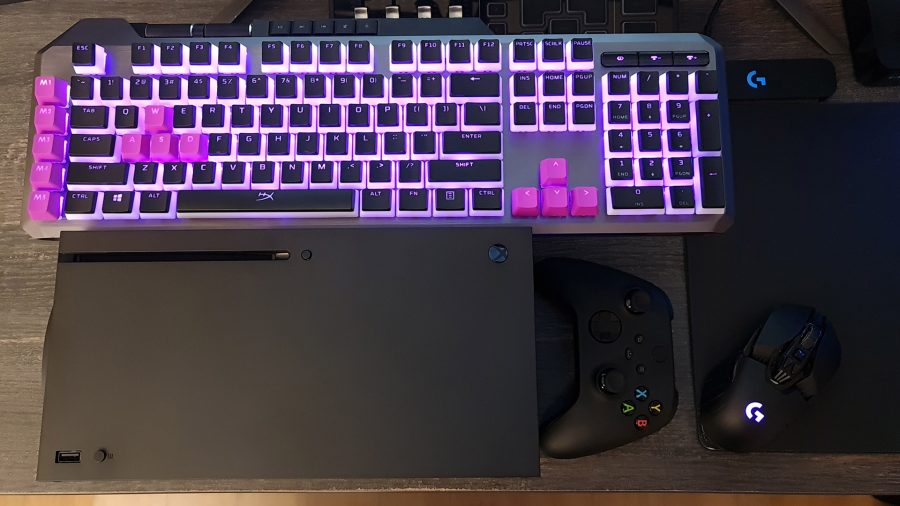 You’ve probably heard the comments about the Xbox Series X looking like a refrigerator and Microsoft is happy to steer into the skid with that one, creating an actual Xbox Series X fridge in the same style.

It’s a chunky black box that can lie on its side or stand upright, as intended, but be warned that it does take up more space than the previous consoles. Its height, or width if you’re going to lie it down, isn’t far off the width of the previous generation. If you’re not a console owner, that’s a little shorter than a tenkeyless keyboard, starting from the left edge of the CTRL key. The Xbox Series S, however, saves quite a bit more space if you’re willing to give up a little performance.

No matter what you go for, you’ll be greeted with a minimal design consisting of three USB 3.1 Gen 1 ports, a HDMI 2.1 connection, and a storage expansion slot for the expensive cards Microsoft offers. Controversially, this is just enough to fit the best gaming mouse and best gaming keyboard in, although support for these peripherals will still have to be enabled by each developer. I did have a grand time on Sea of Thieves with the quicker movements, but had no luck getting Rainbow Six Siege to work natively. Perhaps it’s for the best, given how much of an advantage mouse and keyboard can give over a controller. 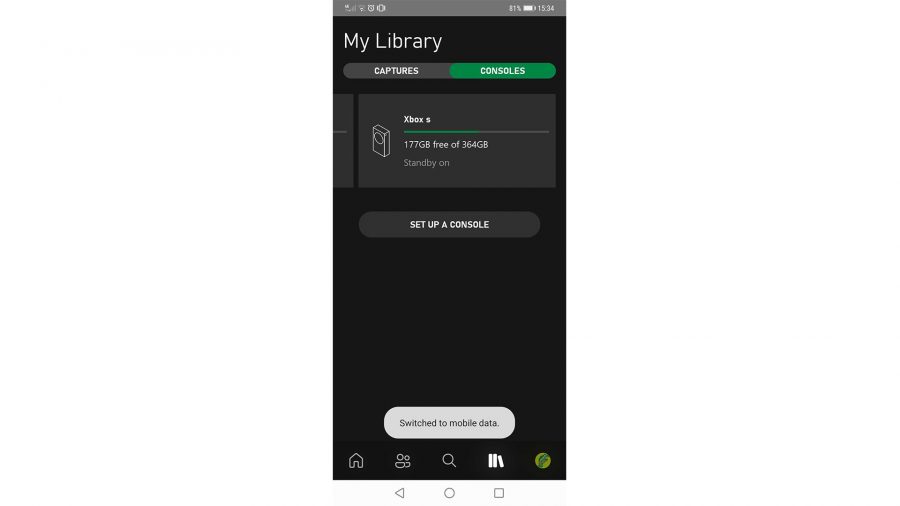 What Microsoft giveth, it also taketh away. We’re used to the operating system taking up a bit of storage space, given that Windows 10 takes up around 15GB and Ubuntu takes up 25GB (it varies with Linux), but the Xbox Series X and S go one step further.

Despite being billed as a 1TB machine, the Xbox Series X reserves around 20% for its OS with 802GB ready to install games. That’s a staggering amount for an OS, but forgivable when taking into account it still plays discs. The digital-only Xbox Series S loses around 30% of its claimed 512GB SSD, leaving you just 364GB to play about with. This is highly problematic with games like Call of Duty: Warzone taking up as much space as they do and no physical alternative available.

The Xbox Series X and S also face many of the same compatibility issues as PC, now. Sure, it’ll work with just about any display with an appropriate connector, but you’ll need a 4K resolution TV or one of the best gaming monitors at 120Hz or above with a HDMI 2.1 port to fully experience either console as they’re intended. All I can say there is welcome to the club. 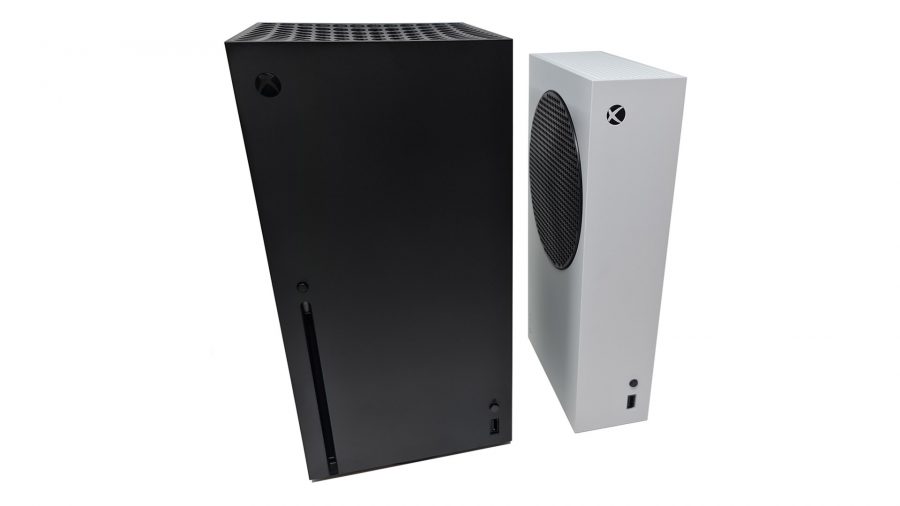 Given that Microsoft has opted to release all of its first-party titles on PC and the Xbox Game Pass library is steadily growing on the platform, I’d be hard pressed to argue that anyone should make the jump from PC to the Xbox Series X or Series S. However, both prove a substantial upgrade to current consoles for an incredibly affordable price that can’t be beaten.

Technically, the Xbox Series S packs a lot of value for money with its specifications only slightly trimmed for a $200 saving, but it is still a disappointment unless you have superfast internet to rapidly uninstall and download when you want to play them, or the patience of a saint.

The Xbox Series X, on the other hand, is the biggest generational leap that consoles have experienced in a long while, and although it’s only just catching up to gaming PCs in some ways, it also introduces new technology and features that have yet to hit our modular systems in such an efficient and convenient way.

Should developers start implementing PC-like options within the settings to prioritise frame rate or resolution, the Xbox Series X could be the ultimate gaming system, period.