Localising a game from Japanese to English isn’t an easy job. It’s even more difficult when you’re trying to do it alongside a full-time job. Despite this, a multitude of fan groups have taken it upon themselves to do the work for fans in the West who have never had the chance to experience them. The Geofront is one such group, taking on the monumental task of translating two massive Japanese-exclusive RPG games, Zero No Kiseki (Trails From Zero) and Ao No Kiseki (Trails to Azure). The two titles, known as the Crossbell games, bridge the gap between Trails in the Sky and Trails of Cold Steel.

Fan translations have been a thing for decades, but recent years have seen a surge in projects, as certain series become more popular. In 2020 The Geofront released a full translation of Trails From Zero, and shortly after announced it would be working on Trails to Azure. “We all love the game,” Zerker, one of the lead translators on Trails to Azure, says. “So we want to give it the treatment that we think it deserves, and that means going further than the translation and editing process, we really want to treat it as if it was actually being localised.”

The Geofront formed after Nihon Falcom’s 2016 shareholder meeting, when fans once again heard that the company had no plans to localise the Crossbell games. Very basic translations were released years before on the Heroes of Legend forums by a user named Flame. The founding members of The Geofront contacted Flame and decided to take over the project. From there the focus became how to do the game justice and how to give fans the most comprehensive experience possible, even improving the original PC version of the game.

“It’s worth pointing out that before we really got our hands on it, the original PC port was lacking a lot of basic features. Not just the quality of life stuff that we have now; controller support was particularly busted,” says Cata, a translator on Trails to Azure. 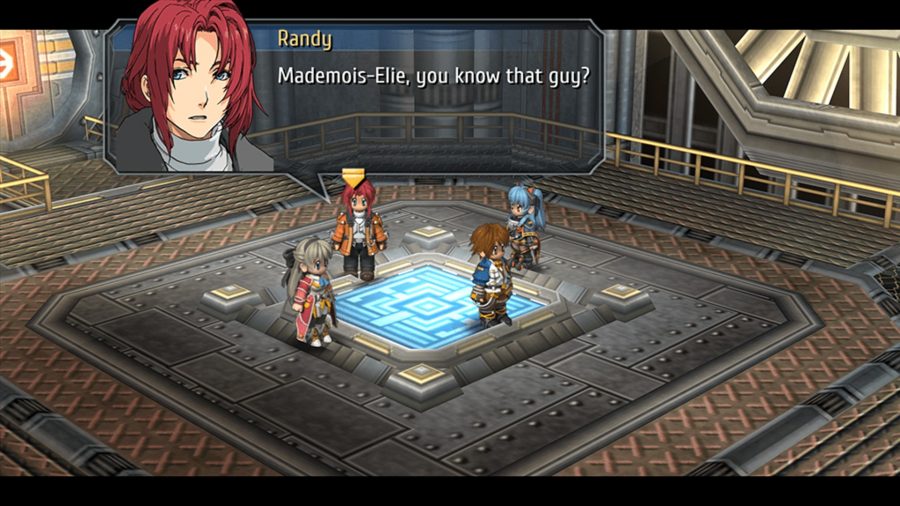 This is particularly challenging as The Geofront is run entirely by volunteers who lack the resources that a developer would have access to. “Basically, I would go to work, do my eight hours a day, come home, take a nap, and then work on Trails From Zero until I had to do real life things to survive. I’d go to sleep, wake up, and do the same thing the next day for like three months straight,” says Ribose, a programmer at The Geofront.

Passion is the driving force behind everything, and it’s something seen in every other fan translation group. Another such group, Team Historic, is working on translating Yakuza Ishin, a spin-off about Japan’s Bakumatsu period that never released in the West. Along with Team Historic, a user named KHHSubs has been working on uploading translated playthroughs of Yakuza games on YouTube, like the PSP spin-off Black Panther.

“I started doing it to help me improve my Japanese,” says KHHSubs, “but I also wanted to give people who don’t know the language a chance to enjoy the story.” 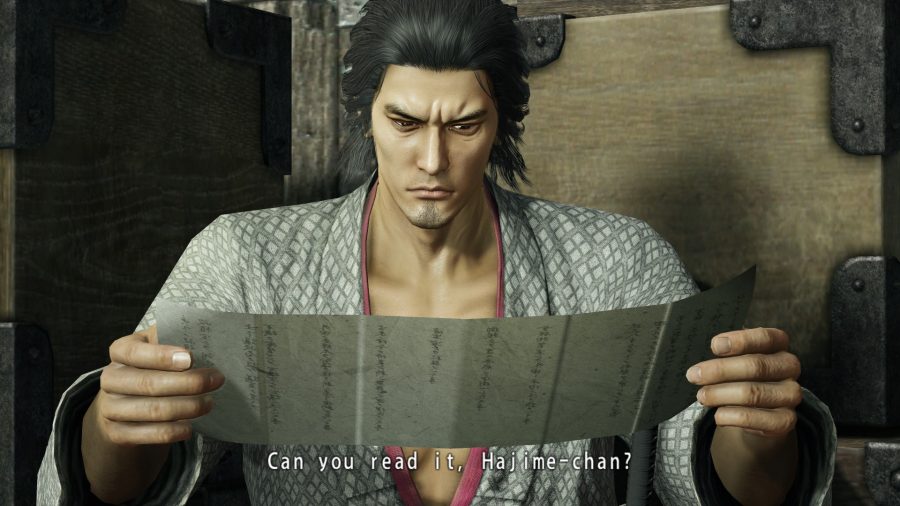 Despite their differences, both Team Historic and Geofront emphasise the importance of organisation. Historic uses a ticket board to translate lines as the story progresses, while Geofront compiles a massive spreadsheet with columns for the raw Japanese, the basic translation, and then the edited version.

Fans have found other innovative ways to bring games west. Richterwilker’s take on the 2004 Final Fantasy mobile game, Before Crisis: Final Fantasy VII, is made completely in RPG Maker. “I usually work by recreating scenarios and sprites through screenshots, video footage, and a description of how it plays to make it as close to the original as possible,” explains Richterwilker on the game’s itch.io page. It’s not a one-to-one remake, as RPG Maker’s limited framework doesn’t allow for an exact match when it comes to gameplay, but it’s an impressive effort that allows English-speaking fans to play a piece of the series they couldn’t before.

One of the biggest challenges with any translation project comes with staying faithful to the rest of the series, and it’s something Team Historic and The Geofront teams are approaching in different ways. Team Historic says “we are bound by our own interpretations of the characters, but we do make references to other Yakuza games in an attempt to stay faithful to the RGG Studio’s style of writing”. 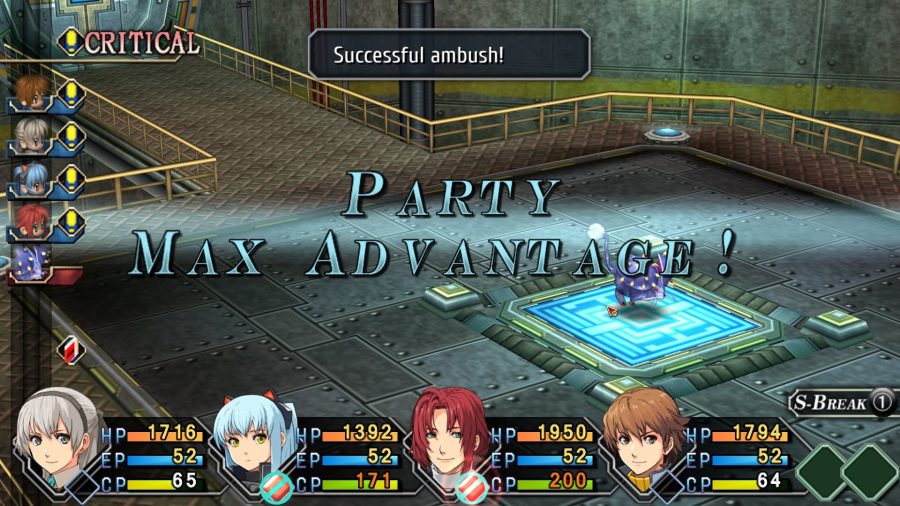 Geofront, on the other hand, tries to stay consistent with both past and present Trails games. The team was working on Trails to Azure when Trails of Cold Steel IV released in 2020, which meant that each member of the team needed to play through NIS America’s official translation to see if there was anything they needed to adjust.

“We want these patches to feel as natural as an official localisation,” says Zerker. “Even if we disagree with some of the decisions, we will keep it in because that is how [the official translation] is and we want it to be as natural as possible for the people playing the patches.”

Of course, as these aren’t official translations, fan translators also face the threat of having their project shut down. Both Geofront and Team Historic emphasise that their work doesn’t replace an official translation, if that were to ever happen. 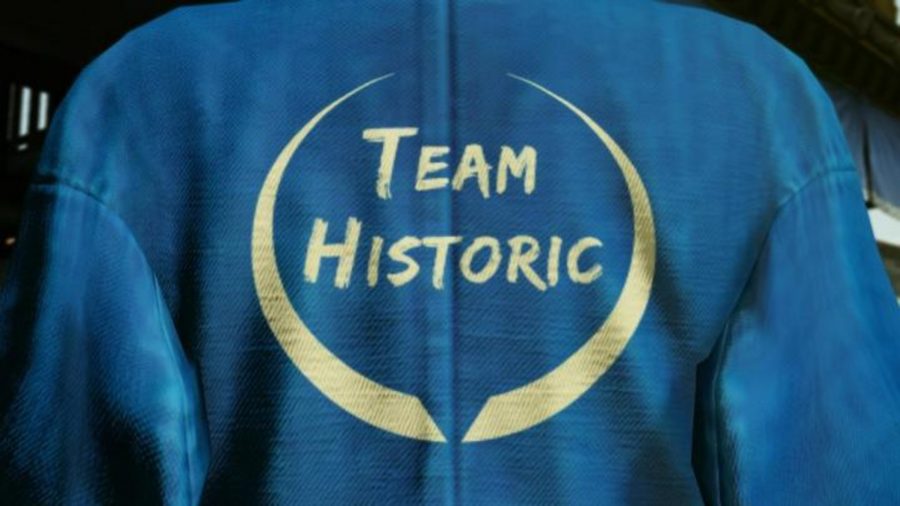 “If an official localisation was ever announced for Yakuza Ishin, we would still release our translation because of the hard work we have all poured into this project,” says Team Historic, “but an individual will still need to purchase the game in order to use the patch. The bottom line is that it’s still Sega’s IP and we want to make sure we are doing everything right to get this in the hands of 2,000 or so dedicated fans.”

I'd go to work, do my eight hours, come home, nap, and then work on Trails until I had to do real life things

Both projects have seen strong support from the respective communities, with fans hungry to dig into experiences that help flesh out their favourite series. It’s challenging work with little to no tangible reward. So how do fan translation groups feel about their place in the wider game industry? Team Historic says that fan translations shouldn’t be necessary, but the team is happy to play some small part in making their favourite games more accessible.

“Nowadays, I feel like a lot of the fan efforts to bring over Japanese games mostly come down to exposure,” explains Ribose. “There is a lot of debate around whether or not that is a good thing, and whether or not fans should be the ones doing localisations. It happens in all sorts of spaces, including manga and anime. When I got into the Falcom fandom I don’t think many people were talking about Trails From Zero – it was just one of the games that got missed. But, if you talked about Trails From Zero with anyone in the Falcom fandom now, everyone knows what it is. Everyone has the chance to play it, and more people are clamouring for an official localisation now than before.” 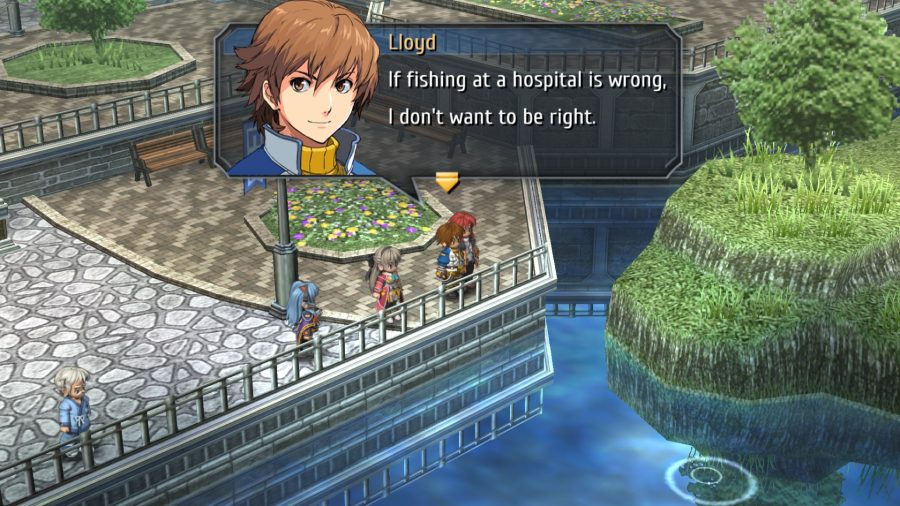 There are plenty of fan translation projects that never make it off the ground, and a few that come to an unfortunate end either because of legal pressure or because of the strain they place on the volunteers working on them. For the ones that do make it out, however, it can be a rewarding experience that helps the community reach new people.

Related: Here are the best story games on PC

For Zerker, there’s a specific moment that captures why the team at The Geofront do what they do. Part way through Trails to Azure there’s a rooftop scene between protagonist Lloyd Bannings and fellow party member Ellie MacDowell, which holds a special place in the collective heart of the community.

“I put my heart and soul into making that scene,” says Zerker. “I still stand by that being the best thing I have ever written in my life. It went through multiple editing passes, but the moment when you actually get the scenario build working and you see the words you wrote in a game that you love, it’s a truly amazing experience. Seeing people play it and hearing them point out that scene as an example of the quality that the team put in? It’s an honour.”

Hayes is a JRPG aficionado with bylines at Screen Rant, Twinfinite, and Retroware.