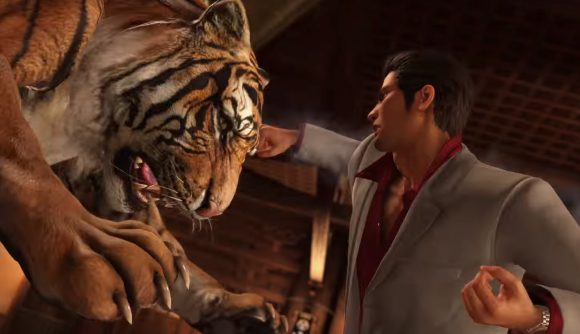 Yakuza is finally getting the recognition it’s deserved since 2005, and that’s thanks in part to a series of solid PC ports. Three of the four most recent entries in the series are fully playable on PC, though it’s taken months and sometimes the better part of a year for that to happen. Sega has started to do some simultaneous PC releases, and that could happen with Yakuza, too.

Yakuza is now considered “a multi-format offering” across Sega divisions in Japan, Europe, and the US, as executive vice president of publishing John Clark tells PC Gamer. A new Yakuza game with a new protagonist is currently in development, as are remastered PlayStation 4 releases of the earlier PS3 games.

Will any of those games hit PC closer to their console launch? Sega did simultaneous multi-platform releases with Valkyria Chronicles 4 and Shining Resonance Refrain, and Clark says “With those two titles, we now have the ability to evaluate a multi-format simultaneous launch against more of a phased process that we see with Yakuza. That’ll be evaluated and the best way to launch titles will result from that.”

‘Evaluate’ certainly does not mean ‘we’re definitely doing this,’ but at least we know Sega is actively looking at the idea of simultaneous PC releases.

The next game from the Yakuza developers is the spin-off Judgment, and it’s coming to PlayStation 4 – and that platform alone – later this month. Hopefully we won’t have to wait quite so long for it to come to PC.

Stick with us for more on the E3 2019 games throughout the week.