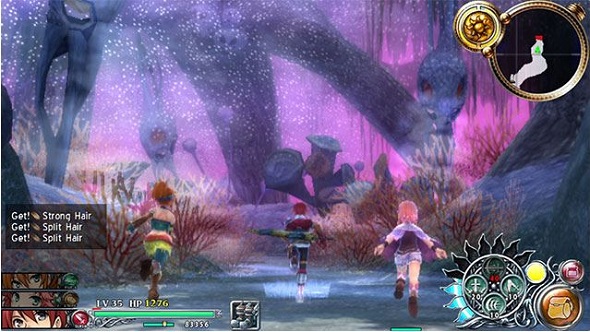 JRPG fans have something new to look forward to, as Xseed is bringing another Ys title to western PCs. Originally released in 2013 on the PS Vita, Ys: Memories of Celceta will launch for Windows PCs this summer.

Here’s our list of the best RPGs you can play now on the PC.

Xseed Games, who have done western localization and publishing for a host of Japanese RPGs, handled the port of Ys: Memories of Celceta, and they’ve added some welcome PC-specific features such as HD resolution support, uncapped framerate, mouse support, and rebindable controls. The PC version will also include Boss Rush mode.

A real-time action RPG, Ys: Memories of Celceta is the story of Adol Christin, an amnesiac who finds himself in a frontier town. Teaming up with a thief, he’s commissioned to help map the wilderness for a local military leader, all while attempting to piece together his own past.

For fans of the series, this might help ease the sting of having to wait on the PC port of Ys VIII: Lacrimosa of Dana, which is still in a development purgatory as publisher NIS America work on squashing bugs in their port of the PlayStation 4 build.

You can learn more about the game and its setting at the official World of Ys page.