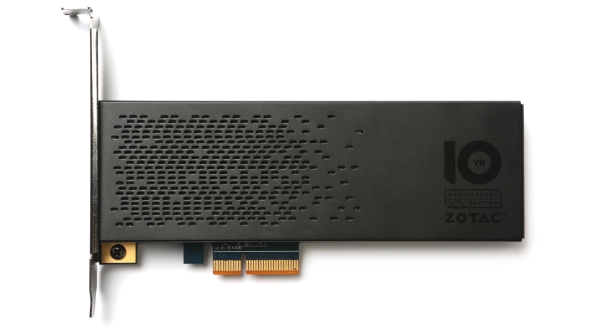 Want to speed up your rig without spending a penny? Check out our how to overclock guide.

Not content with creating the graphics card with the longest name in history for their 10 year anniversary celebrations, Zotac have also released a special edition of their PCIe-based SSD. The new Zotac 10 Year Anniversary Sonix is a 480GB SSD that slots into any spare x4 PCIe slot on your motherboard to give you super-speedy storage. 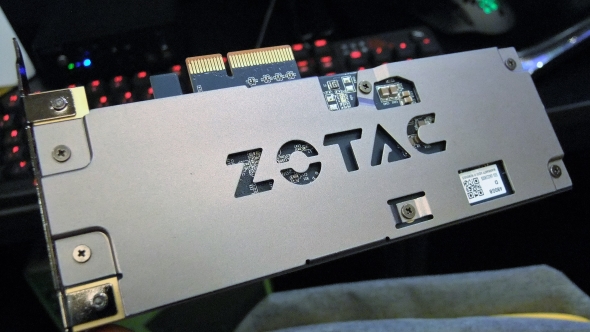 But as a 10th birthday present to all their Sonix SSD customers Zotac’s firmware will work on the older cards too. There is, after all, nothing technically different with the new black-clad 10 Year Anniversary Sonix.

Like the 1TBSamsung 960 Pro we reviewed this month the Sonix is using the NVMe protocol to be able to hit such storage performance heights, but fits in the PCIe slots rather than the M.2 interface the Samsung uses. That means it’s not going to get inside your gaming laptop, making its home purely in desktop PCs.

The Zotac Sonix uses Toshiba MLC NAND, with a 512MB cache and a Phison memory controller to keep all those chips in order, and comes only in a 480GB capacity. All that tech should make it considerably faster than the 400GB Intel SSD 750 we’ve seen in a lot of high-end builds recently.

We have yet to test Zotac’s PCIe SSDs but we’re hoping as they push on into their second decade we won’t have to wait to long to get one into the test rig.