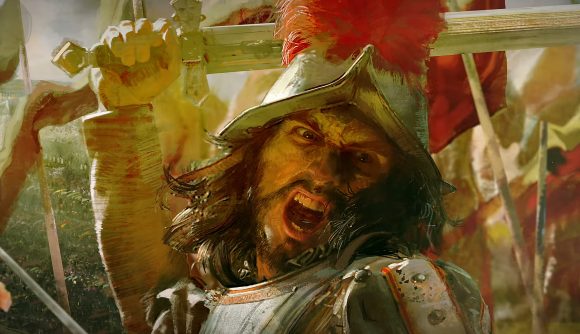 Earlier this year Adam Isgreen, creative director for the Age of Empires series, said that we should get to see an Age of Empires 4 reveal sometime this year, possibly either at Gamescom – which is in full swing this week – or at Microsoft’s XO19, which kicks off in November. Now, general manager at Xbox, Aaron Greenberg, has has confirmed that the reveal will be at XO.

Speaking to GameStar at Gamescom, Greenberg revealed that he had some exciting news to share. Excitingly for fans of the historical RTS series, he gave a date for when we can see some Age of Empires 4 gameplay – November 14, the first day of the X019 event. This is the same day that the Age of Empires 2: Definitive Edition will launch on the Windows Store, Steam, and Xbox Game Pass for PC. So, a pretty big date for Empires players.

There’s already an announcement trailer for the long-running series’ fourth installment, which you can check out below, but it doesn’t give much away about the game in any great detail – it sets the scene with exciting music, concept art, and a voiceover saying “together we have battled through history. Now, a new age is upon us.”

However, the trailer does potentially reveal what could be some of the nations from across history to feature in the game. We see glimpses of British redcoats, Japanese samurai, Ancient Roman soldiers, Native Americans, Spanish conquistadors, and more – though it’s not confirmed these will feature in the game.

There’s no release date for the game yet, but you can check out all the latest Age of Empires 4 details ready for the reveal later this year, now.

If you’re keen to find out more about Age of Empires 4, you might want to make a note of November 14, at which point we’ll hopefully get a good look at what to expect when we see some gameplay.