We now have the definitive editions of all the historical Age of Empires games, and they're brilliant. Updated graphics, new features, remastered soundtracks… everything the discerning RTS fan could hope for. But there's one Age game that's still absent from the remaster and sequel talk; where is Age of Mythology?

At E3 2019, Adam Isgreen said that the mythological spin-off had not been forgotten. Indeed, it hasn't been totally forgotten. A new update that arrived in June 2020 added a new map, new cheat codes, and tuned balancing across the game – all great news, but it's not quite what many fans expected from Isgreen's comment. Mistakes learned from past games, new technology, and the wave of interest created by these new Age of Empires games creates the perfect environment to reintroduce Age of Mythology to the world, and perhaps extend it with new ancient civilisations and fantastical creatures to control, all with modern graphics.

Released in 2002, Age of Mythology was received very positively by critics and fans alike; the substantial differences between the three core civilisations, and between the gods within them, making AoM stand apart from Age of Empires and indeed other RTS games at the time. It’s had some support over the years – and an 'extended edition' back in 2014, which already looks a little outdated – but the last big content update was back in early 2016 when the poorly received expansion Tale of the Dragon was released. Besides, Age of Mythology is such a different game that, despite all the recent remasters in the broader Age series, there's still a certain mythological itch that needs scratching.

Here’s why we think Age of Mythology deserves the loving remaster treatment that its historical stablemates have received.

While Age of Mythology may not have as many civilisations as Age of Empires (three, with two more added in expansions) you get as much diversity in gameplay, if not more, as the game seeks to reflect the wonderful diversity of ancient mythology. Each civilisation has three major gods to choose from at the beginning, which confer such significant bonuses to the base civ that they fundamentally alter your playstyle. The major gods also determine which minor gods you can worship each time you advance an age, with your choice unlocking special mythological creatures or godly powers such as Thoth’s devastating meteor shower. 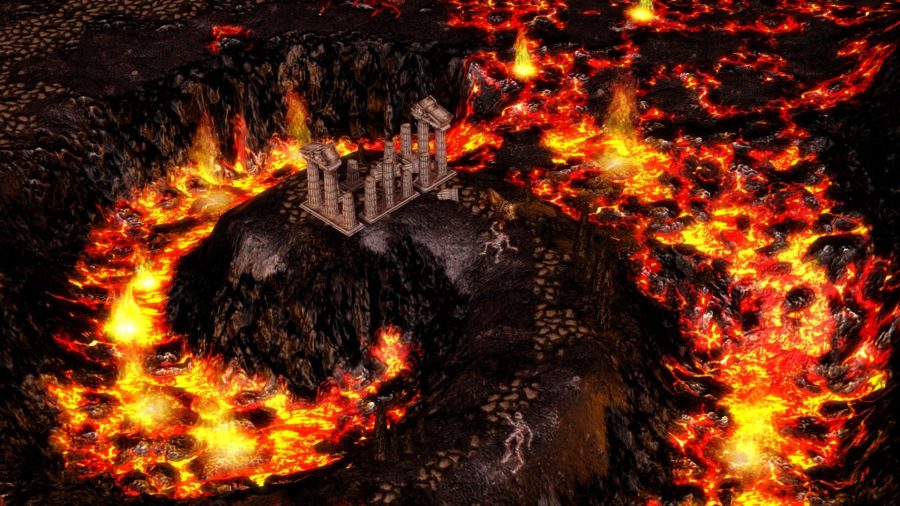 Age of Empires III picked up this idea with its choice of politicians at each age, but Mythology did it first – and better. In Mythology, it’s a more exciting, impactful choice that ensures no two matches are quite the same, and gives you the ability to refresh or alter your game plan. Advancing through the ages became no longer a matter of simple progression, of temporary advantages that others would eventually claim upon catching up, but of engaging and diverging strategic choices that greatly affect the outcome of the match.

There are many unique pantheons that could inspire expansions

This system is ripe with potential that a remaster could explore. With five core civs across the base game and both expansions, each with three major gods, there’s plenty of content available already to make a rich RTS that’s still utterly unique all these years later. It just needs a little TLC. Alright, a lot, for Tale of the Dragon. But developer Forgotten Empires’ brilliant treatment of every other Age game shows it’s more than up to the task.

In the case of Age of Empires II, the Definitive Edition has presaged the addition of further content, with Lords of the West, the first expansion designed specifically for the remastered game, soon to release. Obviously, Age II enjoys a special status as the most popular of the historical series by miles, but Age of Mythology is fondly remembered too. If Microsoft decides it’s sufficiently popular, there’s huge potential for future content. 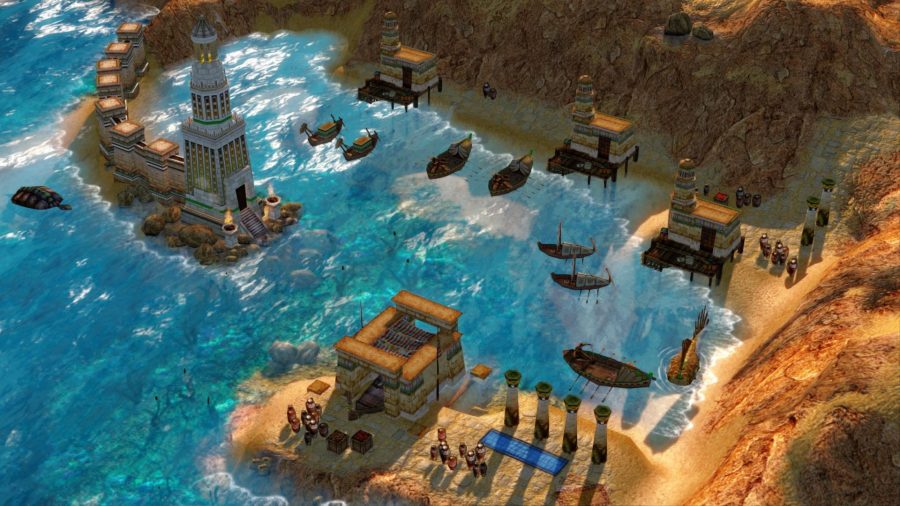 There are so many amazing ancient civilisations with unique pantheons that could inspire expansions to an Age of Mythology: Definitive Edition. The Romans, Japanese, or Celts would all be terrific additions, as would any and all cultures from Mesopotamia, Mesoamerica or, well, almost anywhere else in the world.

The striking thing about mythology is its universality – telling stories about how things came to be is common to every culture, and Age of Mythology is uniquely placed among games to illuminate this under-appreciated fact.

It doesn't follow any traditional myths, but rather tours them

Isgreen’s comments at E3 2019 give us hope that Microsoft plans to do something with Age of Mythology, but we wonder if the studio fully realises the scale of the opportunity it has. Fantasy games are common, sure, as are games that explore the better-known mythological traditions of the real world (Norse myth is in vogue right now, as we’re sure you’ve noticed). But how many games can you name whose raison d’etre is to create multiple factions inspired by all of humanity’s myths? Like Civilization, Age of Empires has always benefited from the relatability of its real-world subject matter, and from its educational value. Age of Mythology can derive exactly this benefit not from our shared histories, but our shared stories.

The potential is exciting from a gameplay perspective, too – the existing civs already diverge wildly in their playstyles. Added to that the fact that each of these different styles are further changed with each of the minor gods you choose as you advance through the ages, there is almost no limit to the variety this game could offer if it’d look at a broader mythological range. With Lords of the West adding some of Age II’s most divergent civs yet, and Isgreen having said to expect something similar in Age IV, it’s clear that Forgotten Empires is up for taking a few more risks with faction design. No game in this series offers greater potential for that than Age of Mythology. With literally thousands more gods to pull inspiration from – including everything from a god of wine to a goddess of war and fate – we could see some truly wild strategies. 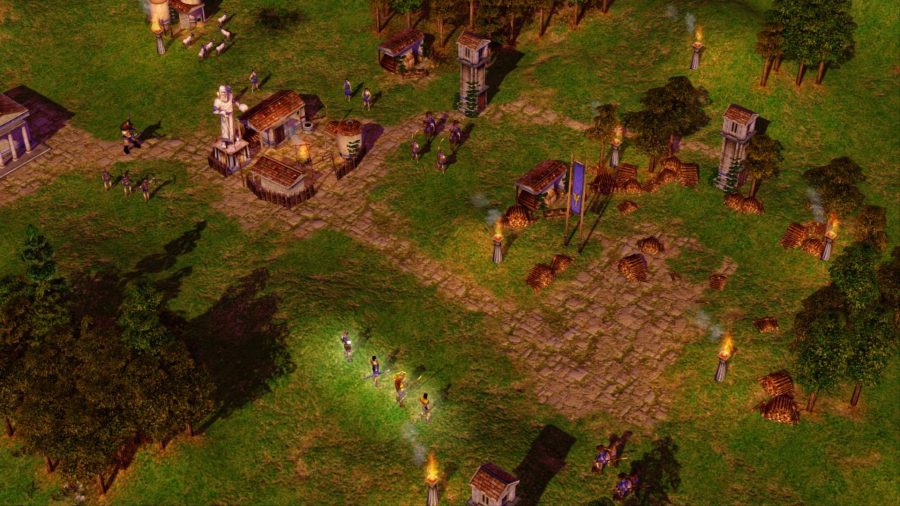 This extends to single-player, too. Age of Mythology only had one campaign at launch – though it’s significantly longer than any individual campaign from the main Age of Empires games. It doesn’t follow any traditional myths, but rather tours them, telling an original story in which (spoilers, if you still care) you’ll help win the Trojan War, reanimate Osiris, reforge Thor’s Hammer, and more. The approach will be familiar to anyone who’s played Age of Empires III – a new story with one foot in its real-world inspiration.

Related: Here are the best strategy games on PC

Obviously, the inclusion of new cultures opens a door wider than the gates of Valhalla for new campaigns that could immerse players in dry, dusty myths at risk of being forgotten. The Epic of Gilgamesh is the earliest surviving great work of literature – what an opportunity Microsoft has to reintroduce it to the world as a campaign in that future expansion, Age of Mythology: Definitive Edition – Songs of Sumeria. How wonderful that would be.

By Renata Mojola and Richard Scott-Jones