Microsoft’s Xbox Series X unveiling has confirmed AMD’s next-gen RDNA graphics cards will support DirectX 12’s Variable Rate Shading (VRS) technology to improve frame rates… and actually give it a chance to nail those 4K 60fps promises. That’s not just a bonus for the new Xbox PC, but it’s going to be a massive help to anyone buying a new graphics card in 2020.

Up until the recent announcement only Intel’s Ice Lake CPUs and Nvidia’s Turing-based graphics cards had support for VRS, and even then only the GeForce chips could deliver on the most powerful Tier 2 of DX12’s Variable Rate Shading, the one which adds the most flexibility and control. We had seen initial patents for AMD GPU support, but this is the first official confirmation.

With AMD’s “next-generation RDNA architecture” supporting VRS, and expected support from the upcoming Intel Xe GPUs, it looks like every graphics card released in 2020 will support the technology. And if the support base is that wide I’d expect most developers, especially those aiming games at the new Microsoft console, will be taking advantage of the frame rate giving properties of Microsoft’s API.

Developers working on PlayStation 5 exclusives? Well, maybe not so much. Admittedly there’s only so much Linux and Vulkan driver dumper diving Jacob and I can do, but we’ve not been able to find anything relating to VRS support being prepped by the red team’s software developers in readiness for the AMD-powered Sony PS5. 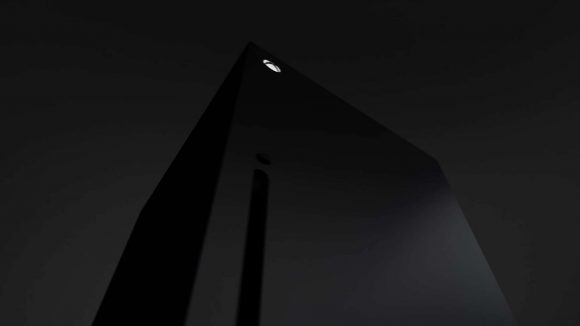 There’s Vulkan support for Nvidia’s implementations of Variable Rate Shading, but that’s not a lot of help when there’s only Radeon tech humming away under the hood of the new PlayStation. So, despite the essential hardware so far looking more or less identical there might still be a point of differentiation between them thanks to Microsoft’s own API work.

And that could mean games on the Xbox and Windows platforms could perform better than the same titles using similar hardware on the PS5.

Variable Rate Shading is a DirectX 12-based feature which allows game developers to dynamically and selective reduce the load on your GPU, by adjusting the level of detail in parts of a frame. And especially in those parts of a frame where you’re unlikely to notice it.

This provides greater flexibility and allows for greater gains. We don’t 100% know which tier the new AMD RDNA 2.0 architecture falls into, but I would expect the red team to push into Tier 2. Or else, why bother?