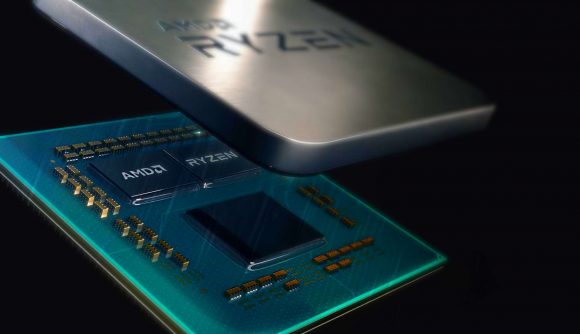 AMD’s Ryzen APUs may rank among the best gaming CPUs for their compute performance, but they’re also a great option if you’re looking for basic graphics performance without having to fork out for the best gaming laptops. Thanks to the power of RDNA 2, the company’s upcoming ‘Rembrandt’ mobile chips could rival Nvidia’s GeForce GTX 1650 Max-Q in GPU performance.

According to hardware leaker 9550pro, at least one of the Rembrandt APUs scored 2,700 in 3DMark’s Time Spy benchmark. This doesn’t mean much until you view the score in context with other similarly scoring mobile GPUs, which Uzzi38 lays out nicely for us. The AMD chip’s performance sits snugly between an Nvidia GeForce GTX 1650 Max-Q and Nvidia GeForce GTX 1050 Ti mobile graphics card.

Synthetic benchmark scores don’t translate to real-world performance, but this is a pretty impressive showing for integrated graphics. It could help boost the performance budget laptops as well as handheld gaming PCs, like any future iterations of Valve’s Steam Deck.

If you’re more interested in AMD’s desktop products, you’ll want to keep an eye out for our updates on its Zen3+ and Zen 4 CPUs and RDNA 3 GPUs. Should the company maintain the hot streak it’s cultivated over the past five years, 2022 looks like it’ll be quite an exciting year for team red.