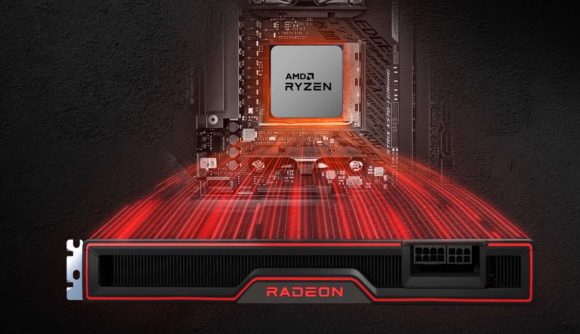 The Nvidia 3070-rivalling RX 6700 XT might be the headliner of AMD’s latest livestream, but there’s also good news if you’re rocking a Ryzen 3000 series CPU, as the older processors now support Smart Access Memory (SAM). SAM is AMD’s take on the Resizable BAR PCIe standard, which increases the available bandwidth between the CPU and GPU – basically, a free way to boost fps provided you’re running the right hardware.

The feature was originally exclusive to Ryzen 5000 CPUs, which see in-game performance boosts of up to 16% with SAM enabled. We still consider the Ryzen 3600 the best gaming CPU available at the moment despite it being older and cheaper, because it offers great gaming performance for its price and often manages to cut through current stock issues. If we see similar gains with SAM on Zen 2 chips, Ryzen 3000 will still be a good way to go in 2021.

However, you’ll need one of AMD’s latest and best graphics cards from its RX 6000 lineup to take advantage of the technology. Plus, you must have a minimum of a 400-series motherboard – but if you’ve chosen any of the AMD boards from our best gaming motherboard guide, that won’t be an issue anyway.

For the time being, you’ll need an RDNA 2 graphics card to take advantage of the technology, but in true AMD fashion, the red team is working on adding support for Intel’s CPUs and Nvidia’s RTX 3000 GPUs. This will go alongside Resizable BAR support, which is currently only available on the desktop RTX 3060 and laptop GPUs from Nvidia, but will eventually expand to the rest of the lineup.

Many users report that SAM’s worked in harmony with Ryzen 3000 chips for a few months already, but you might need to perform a BIOS update to unlock support if you’re not seeing the benefits.