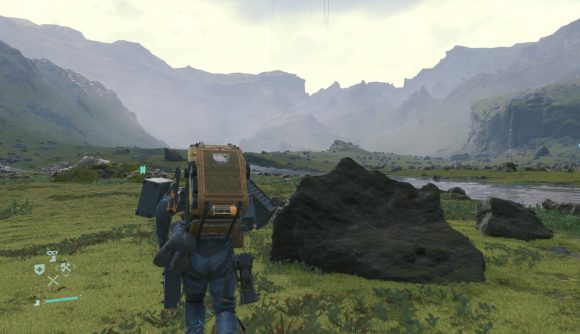 AMD recently announced its Ryzen 4000-series APUs – value-laden chips that cram Vega graphics cores into the chip to offer the possibility of gaming without a dedicated GPU, potentially saving users a hefty chunk of money on one of the best graphics cards. And if you’ve been wondering how these APUs (accelerated processing units) perform in the wild you’re in luck!

TechEpiphany has uploaded some performance videos for the flagship ‘Renoir’ APU, the AMD Ryzen 7 4700G. These videos are being added to a benchmark playlist, and include gameplay benchmarks for Death Stranding, Doom Eternal, Assassin’s Creed Odyssey, and GTA 5.

The high-end APU doesn’t fail to deliver, either. Its eight CPU and graphics cores pull off some cracking frame rates on high settings in these modern games, showing just how well AMD has optimised the now slightly ageing Vega architecture for today’s graphics standards. Ultimately, what we see watching these videos is an APU that really does give a value offering potentially unmatched for those who want a budget or SFF (small form-factor) build.

If the recent AMD 4000-series pricing leak is to be believed, the Ryzen 5 4650G might end up being a contender for one of the best gaming CPUs, perhaps even ousting the Ryzen 5 3600 to become our number one recommendation – we’ll see. But, looking at these videos, it’s at the top-end of the APU lineup that things get really impressive. 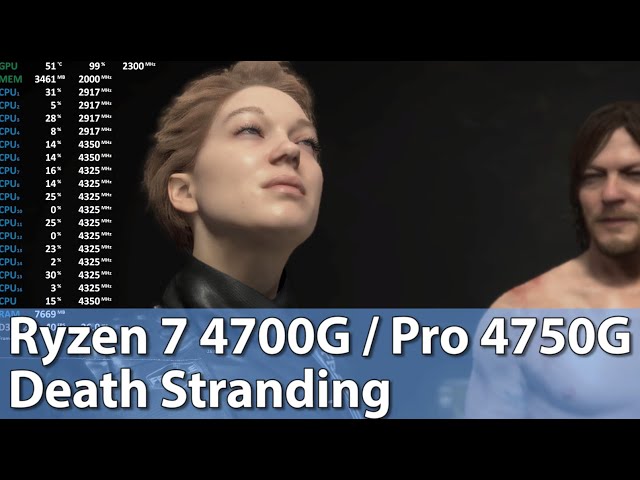 The 4700G can be seen playing Death Stranding at over 30fps at 1080p and over 60fps at 720p on high settings (very high model detail, medium shadow resolution, ambient occlusion on, and post-processing, depth of field, and TAA on). Similarly impressive results are shown in other games like Doom Eternal, which floats between 40 and 70fps at 1080p on high settings.

The 4700G, if the price leak is to be believed, will retail for just over $300 (approx. £240), meaning it will sit around the same price as the Ryzen 7 3700X and 3800X. With the 4700G boasting eight cores and 16 threads, and a boost frequency of up to 4.4GHz, and with it being Zen 2 just like the 3700X and and 3800X, it could offer the same processing performance as the two high-end CPUs for the same price – except with the addition of integrated Vega graphics. So, for someone wanting a semi-budget build to start with, but who also wants the option to simply add a discrete graphics card to turn it into a high-end build, the 4700G might be the perfect choice.