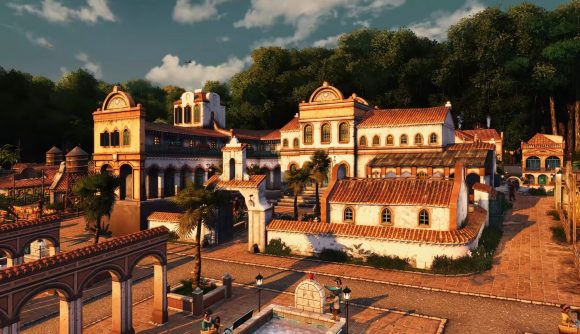 We heard about the fourth season pass for Ubisoft’s historical city builder Anno 1800 at the end of last year, and now the developer has provided some additional details about what the coming year’s content will include. As promised, it features a focus on the New World, and will add new islands that offer additional building space for advanced empires.

The first expansion arrives April 12 and is called Seeds of Change. It features a Spanish mission style and will provide new options for New World colonies to allow their populations to become more independent. As Ubisoft explains in the latest update, you’ll be able to produce import goods such as beer in the New World, rather than having to ship them from your production facilities in the Old World. Estates in the New World will also be able to produce high quality fertiliser, which you can use locally or ship back to the Old World to boost farm output there.

The second of the three DLC expansions planned for the fourth season pass is Empire of the Skies, which is planned for sometime this summer. This expansion will add a variety of airships that add new options of logistics and strategic defences. They’ll also allow your people to stay in touch with a new mail delivery system.

Here’s a trailer that explains the Season 4 roadmap for Anno 1800: 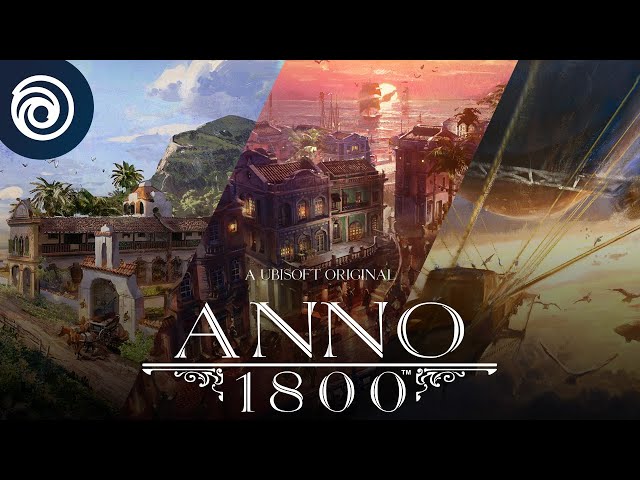 The third DLC, New World Rising, is due to arrive late in the year. This expansion adds newly spotted islands to provide room for additional building space and expansion, and adds a new population tier. Interestingly, Ubisoft also says this expansion will allow your citizens to “embrace their cultural roots” – we’ll be interested to see how that manifests in the game itself.

Each of the three expansions includes a new scenario to play through, and will be accompanied by a free game update for all players.