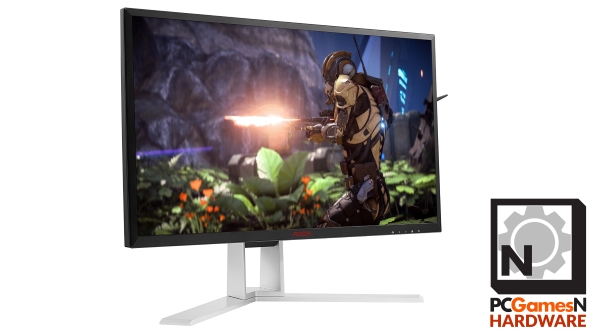 What will make your PC setup complete? You’ve got a great graphics card and your CPU is giving it enough room to breath, so what next? You need a quality gaming monitor to display your games in all their glory, and the AOC AG271QG might just be that screen.

Check out our pick of the best gaming monitors available today.

AOC’s AGON range of monitors is the company’s defined gaming brand; an attempt to separate them from being the cheap alternative to their Philips stablemates. We recently checked out their AGON AG352QCX, a 200Hz ultrawide with a disappointingly hazy panel. The AG271QG though is a very different beast.

Until the GPU power to rock HDR ultrawide OLED panels at 5160 x 2160 and 200Hz becomes utterly ubiquitous we’re probably going to keep on recommending high refresh rate 1440p IPS panels as the go-to gaming displays of the moment. The current AUO panels are delivering 165Hz and gloriously smooth GSync imagery at a price point that is still dropping. So how does AOC’s $660/£550 version compare with the likes of Viewsonic and Asus? 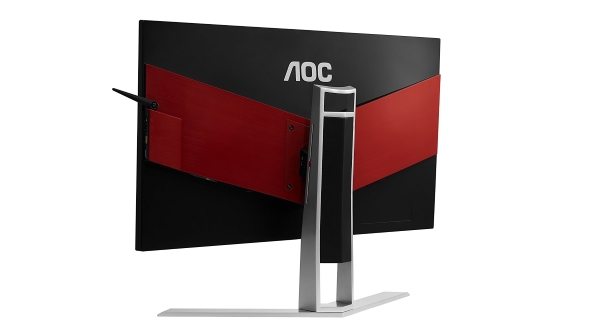 The AGON AG271QG is a 27-inch gaming monitor aimed squarely at the Nvidia crowd with its GSync-toting electronics. It’s an important distinction because there is also a 27-inch, 1440p FreeSync version in the AGON range, the AG271QX. That’s rocking a lower price tag, a 1ms response time, a 144Hz refresh rate and… disappointingly a TN panel.

Yeah, I just sicked up a little in my mouth too.

The AG271QG comes with an IPS-a-like AU Optronics panel, the same people who manufacture the screens in our favourite gaming monitors. It’s capable of an overclocked 165Hz refresh rate to go along with those GSync gaming chops and has a respectable 350 nit peak luminance. 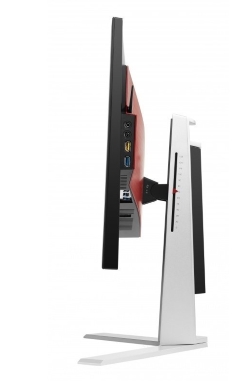 The IPS AGON also has a 4ms grey-to-grey response time, which I really cannot see an issue with. Maybe if you’re a superstar pro-gamer your 1337 eyes can see into the response time matrix and it truly makes a difference to your gaming performance, but I’d wager it makes little difference to the rest of us.

That aside it’s all pretty standard gaming monitron fare. There’s the GSync standard of restricted inputs, with just a single extraneous HDMI connection supplementing the necessary DisplayPort socket and a pair of 2W speakers you’ll never use.

The chassis itself is more functional than particularly aesthetically-pleasing, with a modest, plastic bezel, though the simple, angular metallic stand is very nicely finished and easily adjustable. It’s got a full range of height, tilt and swivel movement with a measurement scale on the height adjustment so you can keep it consistent too.

There’s also that simple, but super-handy headphone hook on the right-hand side of the screen. It’s just an arm that folds down but, considering the number of times my cats bop my expensive headset onto the floor, having somewhere out of the way to hang my cans would be welcome. 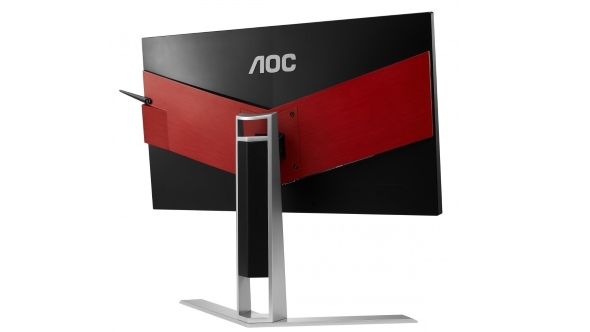 I haven’t been quite as blown away by the AOC’s panel compared with my experiences playing on the similar Asus, Acer and Viewsonic monitors, but that might just be partly down to now being used to such panels or because AOC are using a slightly different version of the AUO screen. It can be quite difficult to actually track down the exact panel model without taking to a monitor with a hammer and chisel. Or maybe screwdriver.

Even at the highest brightness setting it doesn’t seem as vibrant as the others and the colours don’t quite seem to pop as brilliantly. But that is a genuinely very minor concern because the AGON AG271QG still has a beautifully crisp, clear display and the clarity of motion afforded by the 165Hz refresh rate makes using it a joy.

The 1000:1 contrast ratio, together with its IPS colour heritage, means it has excellent contrast performance, offering visible delineation between different shades. That IPS heritage though does mean the black levels aren’t quite as good as you might find on a good VA panel, but the white saturation of the display is still very impressive.

It’s also got beautifully smooth gradient performance, with zero banding, offering a smooth transition from black to white and all that’s in between. The viewing angles are typically good IPS fare too, with only a very minor colour shift when you’re viewing the AGON off-axis.

There’s a slightly different on-screen display (OSD) compared with the previous AGON monitor we tested. It’s a very basic, functional menu, with just the key options on offer and no brightness-enhancing, contrast-killing fudges or over-sharpened FPS or RTS modes. And that’s quite refreshing. 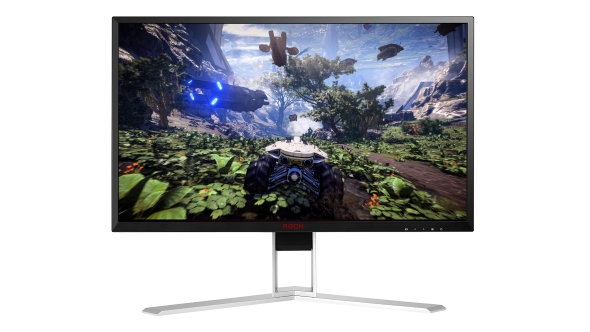 The GSync AGON is a mighty fine monitor which relies on its quality AUO IPS-a-like panel to do the bulk of the grunt work. AOC haven’t tried to do anything extra on their end and, for me, that only works to its advantage.

The 165Hz refresh is, as always, absolutely glorious and delivers smooth imagery and slick gaming performance with a decent colour palette to boot. It’s not quite as vibrant as some of the other 165Hz/1440p IPS screens I’ve tested, but it’s nevertheless crisp and clear and remains rather lovely to use.

Pricing is possibly the only real issue with the AG271QG. In the US it costs only a little less than the rival Asus and Viewsonic screens, and you’d maybe be better off with either of those all things being equal. In the UK, however, AOC has a much more aggressive pricing strategy. This beautiful gaming screen is £550 on the wee isles of Britain, and that makes it a much more tempting purchase.