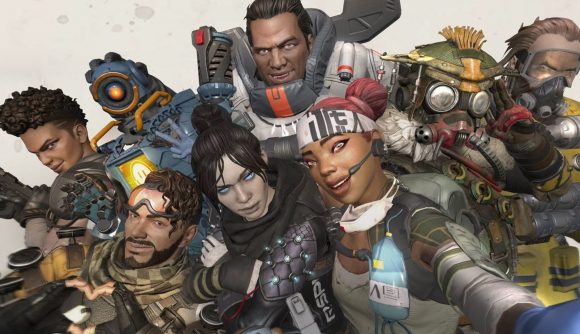 If you log into Apex Legends as of today, you’ll see a special message showing support the Black Lives Matter movement. The screen was first noticed this morning, June 6, containing a plain black box, and a statement of solidarity against racial oppression.

“There is deep-rooted discrimination that is still unquestionably present towards the Black community, and it is unacceptable,” the text reads. “Racism, whether from an individual or institution, should not exist in our society. We stand with all of our Black colleagues and partners, families and friends in the fight against racism and social injustice.” The image is viewable below.

EA just recently postponed its EA Play livestream by a week, moving from June 11 to June 18, to avoid clashing with any kind of protest or demonstration as gatherings occur daily around the world. The company also released a news update on June 3, outlining specific actions being undertaken to tackle systemic racism, including a $1 million donation pledge to various organizations such as the NAACP Legal Defense & Educational Fund and the Equal Justice Initiative, and increased emphasis on paid volunteer days for employees.

New message when you load up Apex Legends. #BlackLivesMatter pic.twitter.com/uU0FkqvlB4

The games industry has rallied around the current upheaval against police brutality and racial injustice in the US and around the world. Alongside similarly-minded messages, Minecraft will donate all profits made on June 19 to Black Lives Matter, Humble has started a fund for Black indie creators, and Itch.io is currently selling a bundle of over 700 games for a fiver to raise money for the cause.