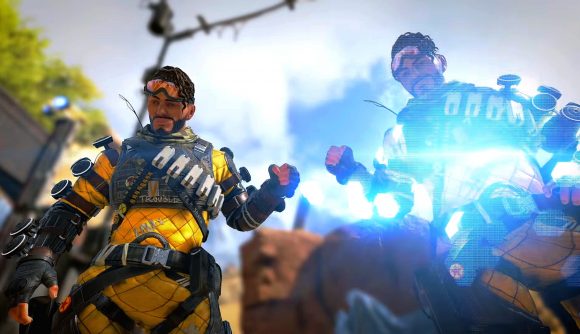 More than ever, games are social spaces, and managing player conduct is one of gaming’s most pressing issues – how do you make sure everyone can enjoy an online game while still giving players expressive freedom? EA has created a new plain-language charter that lays out the ground rules for playing online and establishes the consequences for breaking them.

The Positive Play Charter is EA’s new set of community guidelines, applicable to all games the publisher handles. The rules themselves aren’t out of the ordinary, but EA has set them down in a refreshingly easy-to-understand format that breaks them into four basic categories: treat others as they would like to be treated, keep things fair, share clean content, and follow local laws.

“We believe that our communities should be safe, fun, inclusive environments free of threats, harassment and other toxic or unlawful behavior,” EA writes in a post introducing the new guidelines. “The last few weeks have been a stark reminder that we have a responsibility to stay vigilant in this effort. We won’t tolerate racism, sexism, homophobia, harassment or any form of abuse. We can build better, healthier communities inside – and outside – our games, and that’s what we are here to do.”

As many games publishers did, EA included anti-racism messages in many of its games – that included a Black Lives Matter message in Apex Legends last week, which read, “Racism, whether from an individual or institution, should not exist in our society. We stand with all of our Black colleagues and partners, families and friends in the fight against racism and social injustice.”

The Positive Play Charter breaks down each of its four pillars into some easy to follow dos and don’ts – do be respectful of other players and use reporting tools, for example, and don’t be a jerk or impersonate other people. The guidelines prohibit the use of exploits and hacks, and encourage players to consider whether content they’re sharing could be hurtful to other people trying to enjoy their game.

EA also says that failing to abide by these community guidelines will put players at risk for having restrictions placed on their accounts, or have access to particular EA services revoked.

“A short-term ban or suspension is our way of preventing further disruptive behavior and asking you to reexamine how you behave,” EA writes. “We’re not mad at you; you just need a break.”

In the case of repeated or serious offences, EA says it will potentially terminate the offending player’s account. “This includes all of your EA Accounts if you have more than one account,” the company says.
It’s possible to appeal this decision (through EA Help), but the idea is that once a player is banned, they’re gone.

“This isn’t a quick fix, but it is a long-term commitment that we intend to continue to act on,” EA says. “Meaningful change in our industry means a step towards meaningful change in the world we all share. We all have a role to play. Let’s make it positive.”