Want to learn more about ranked play in Apex Legends? If you want to take your battle royale game skills to the next level, fighting against unranked players isn’t going to cut it. First off, you need to earn a rank by playing several ranked matches until you establish your skill level. Once you start to find it difficult to earn points every game, you can use ranked matches to learn how to become a better player.

To go beyond Bronze, the lowest ranked tier, you must reach a ranked points (RP) threshold first. While one streamer managed to go from the bottom to top rank in a single session, this process is going to take most people weeks, if not months to slowly climb the ranked ladder. Here’s everything you need to know about the ranked system in Apex Legends, including the ranked tiers, penalties, and rewards on offer.

Respawn has made the decision to revamp the ranked system in Season 13 by changing the way RP is handed out. Previously, players could play aggressively by hunting for kills early on, only to die before the mid-game rolls in. As long as you scored a certain amount of kills, you were always going to earn more RP than you lost. The scoring system has been adjusted to reward squads for their survival skills first and foremost.

As a result, you won’t earn a lot of RP for killing opponents unless you’re placed 10th or lower. Killing any enemies while placed 14th and above only scores you 1 RP.

Here’s a breakdown of the Kill RP changes in Season 13:

The first half of Ranked Battle Royale in Apex Legends Season 13 takes place on Storm Point.

The split comes with a soft reset for every player’s rank – usually this means your RP is halved, dropping you into a lower tier. A high ranked Gold player might find themselves back in Silver, for example. 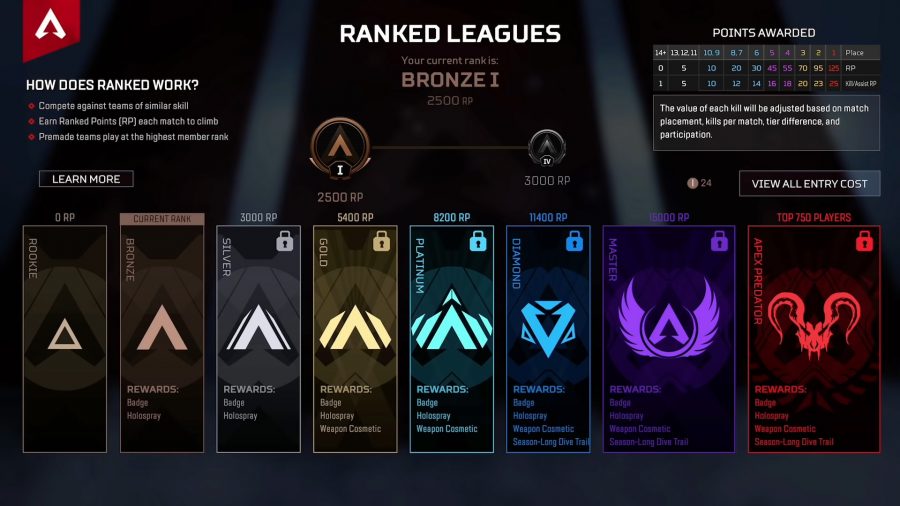 The ranks in Apex Legends are split into eight tiers, with each tier (except Master and Apex Predator) being split into four divisions: beginning with IV and ending with I. Each tier has a RP threshold which you must meet in order to rank up. Beyond the new Rookie tier introduced in Season 13, players must pay to play a ranked game with RP.

Here are the Apex Legends Ranked Tiers, along with the RP threshold and RP entry requirements:

The entry cost for Masters+ increases by 5 RP for every 1000 RP beyond the Masters Threshold by up to 175 RP.

The amount of RP each player receives is determined by their placement, along with a multiplier which increases depending on the number of kills and assists earned per match. The RP system was altered in Season 11 to place an emphasis on kills and the rank of the players killed. For example, if a Gold player kills a fellow Gold player, they earn eight points. If that same player kills an Apex Predator, they’ll receive 20. The kill and assist multiplier was also raised from six to seven, providing a larger bonus for skilled players.

Related: Here are the best FPS games on PC

It’s possible to lose more RP than you started with if you end a game without any kills and you finish outside the top ten. The maximum of RP players can earn in a single game is 250, assuming they finish first with seven kills or assists. With the changes implemented in Season 11, aggressive underdogs can earn up to 175 RP by scoring kills on high ranked players without needing to finish in the top ten. 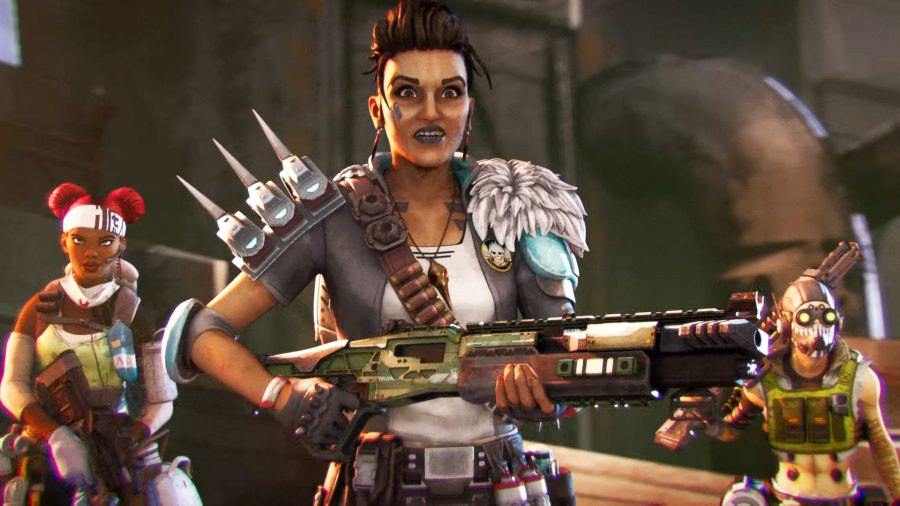 The rewards each player receives are based on their highest rank on either split. If you reached Gold in the first half and Diamond in the second, you receive Diamond rewards. The rewards earned vary depending on your rank – finish in Diamond or higher to earn a badge, a weapon cosmetic, and a dive trail. If you manage to finish in the same rank throughout the course of a season, you’re rewarded with a shiny badge.

Though the option to play with your friends in Ranked is available, you need to be roughly the same skill level to party up. In order to combat boosters, the devs have been strict on the party requirements. Once you reach Platinum, the rank disparity between your friends either has to be above or below one, or be the same rank as you.

This limitation doesn’t apply to Bronze, Silver, or Gold players, though there are other restrictions in place. If a Gold I player groups up with a Bronze IV player, the Bronze player is forced to play in a lobby filled with strong opponents from Gold and above. Despite playing in a harder match, each player only has to pay their rank’s RP requirement to participate in the match. 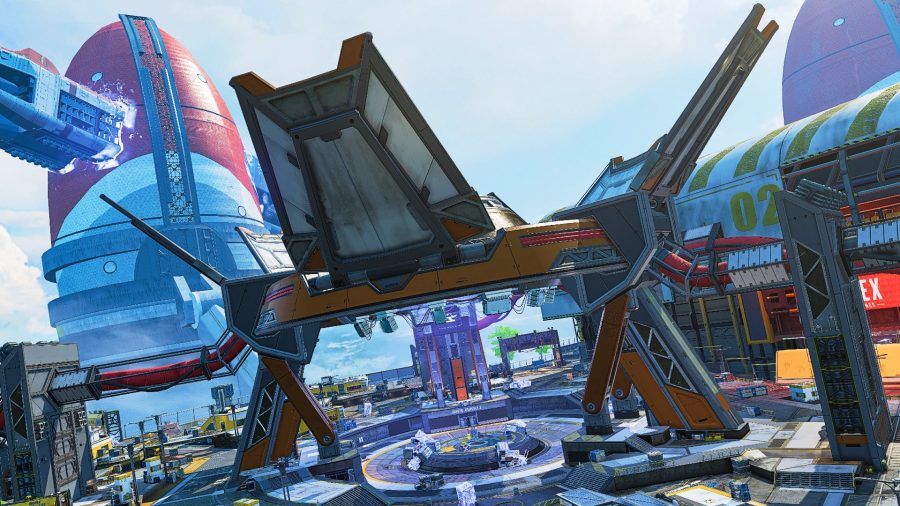 There are going to be times you’re forced to take an L through no fault of your own. In these instances, you won’t lose any RP through the loss prevention system. In fact, if you do proceed and you manage to land a few kills before dying, you can actually gain RP. Similarly, if you decide to go ahead with the match and you die without any kills, you won’t lose any RP.

The devs have highlighted three scenarios where loss prevention is active:

If you’re having problems with your internet connection or PC, you may want to avoid playing ranked matches in Apex Legends. Though you do have loss forgiveness to fall back on if your game stops running, this only applies three times throughout the course of a season. Should your game continue to break during a match, the developers will hit you with a penalty. 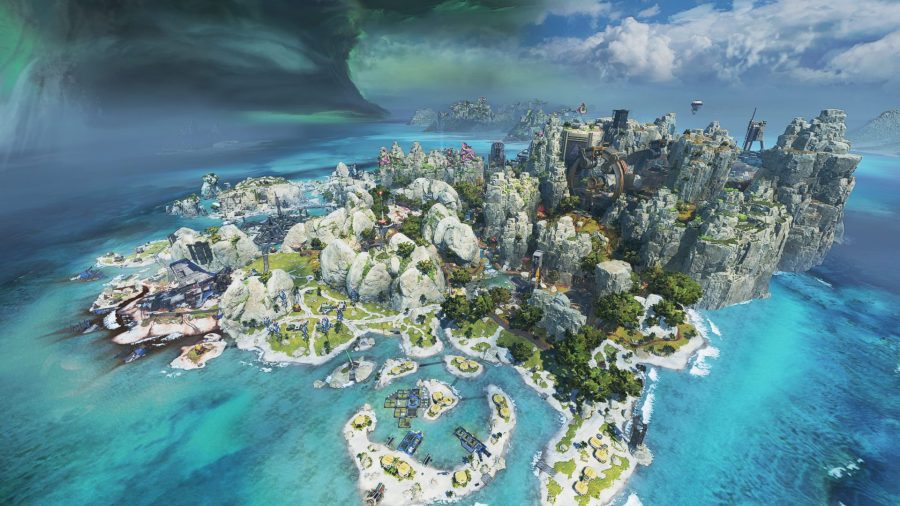 Once your loss prevention runs out, you start to incur penalties if you abandon a game. This begins from the moment you start the game, right up to when your banner expires. If at any point you can be redeployed back into the match, you’re liable to incur a penalty if you leave the game early.

Here are the penalties for leaving a ranked game in Apex Legends:

There you have it, that’s everything you need to know about ranked mode in Apex Legends. Not sure which characters you should be picking? Head on over to our Apex Legends tier list where we break down the best Legends in the game. We also have an Apex Legends weapons tier list which highlights the guns you should aim to pick up whenever you spot them.