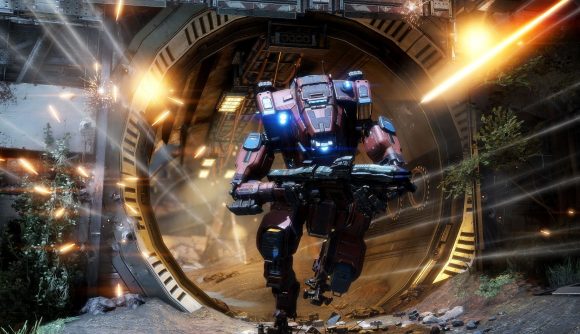 For our sins, Titanfall 3 isn’t very likely. However, the next season of Apex Legends is going to appease some fans of the FPS game, or that’s what the director says, at least.

Several members of the Respawn Entertainment team took part in a panel hosted by BrownGirlGamerCode (cheers, Dexerto), and they talked about Apex’s connection to its parent series, Titanfall. Ashley Reed, senior writer on Apex Legends, explains they want to make overlap stronger, to remind players this is a shared universe. “What’s going on in Titanfall is a war, Apex is what happens after the war, like what is life like in this place?” she says. “So we’re trying to integrate Titanfall into that, because Titanfall’s very much a part of the universe.”

Capitalising on that, Chad Grenier, Apex Legends game director, suggests that devout Titanfall fans could be very happy with upcoming additions. “Next season, Season 9, you’re actually going to see a ton of Titanfall coming back into the game, in one way or another,” He says. “I’ve told some people before, if you’re a Titanfall fan, hang on for Season 9 because there’s gonna be some really cool stuff there.”

Titanfall 2 turns five this year, a genuine cult classic with a growing fanbase. The first Titanfall released on Steam late last year, but poorly maintained online features has led to icy reception. As of 2020, Respawn had no further standalone Titanfall games in development, fully shifting focus to Apex Legends in terms of storytelling in that universe.

Apex Legends Season 9 is expected May 4, after Season 8 concludes on May 3. In the last two months, the battle royale game has set two new concurrent player records. Perhaps the nods to Titanfall can push it further – consult our Apex Legends weapons tier list for best practice on jumping in.