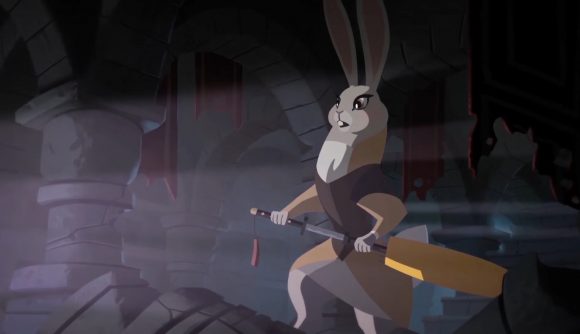 Humble has a new bundle out, offering a tonne of choice games for a deal that also helps out a worthy cause. The Winter Indie Mix supports Cure Cancer, which supports early career cancer researchers, and it’ll net you a nice selection of interesting indie titles to try over the winter holiday season.

At the $1 tier, you’ll get adventure game series Deponia: The Complete Journey; Lyne, a minimalist puzzle game; and 2D action platformer Butcher, which casts you as the evil Terminator-style cyborg charged with eradicating humanity.

If you pay more than the average donation (currently $5.07), you’ll also receive the open-world RPG game Cat Quest, the abstract and serene exploration game Feather, and the light-and-shadow based puzzle game Felix the Reaper, which casts you as a new hire at The Ministry of Death whose job it is to dance your way through the shadows in order to usher people into the sweet hereafter. It should be noted that all the games in the bundle have at a minimum a ‘Mostly Positive’ rating on Steam, so these are all solid selections.

Finally, at the $10 level, you’ll add the multiplayer game CryoFall and the lovely digital board game Armello to your haul. CryoFall is about surviving and thriving in a sci-fi colony, while Armello has you choosing an animal hero to either help purge the kingdom of encroaching darkness – or embrace it and take control yourself.

You can head over to Humble to pick up the bundle now. There’s plenty of sales to browse at the Humble Store right now, too.