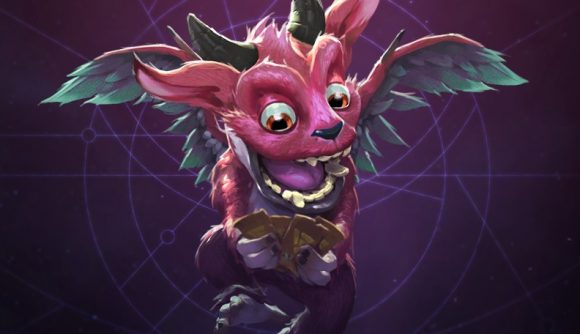 You can now recycle duplicate or unwanted Artifact cards to earn Event Tickets, which in turn can earn you more cards and tickets. Artifact’s latest patch, which rolled out yesterday, added this feature to the beta build of the game.

Valve had faced criticism from potential players before the Artifact beta launched – fans were upset that there didn’t seem to be a way to earn rewards in Artifact without spending money. The developer quickly responded, promising several changes and new features to address player complaints.

Now, you can exchange 20 cards for one event ticket. Players can trade in cards by navigating to their collection and selecting the ‘Recycle Cards’ tab. When Artifact card market opens, you’ll be able to sort your cards by market value, but for now they’re sorted according to mana cost.

The move seems to have placated the Artifact subreddit, which in the leadup to the launch of the beta was overrun with comments from players saying they were canceling pre-orders or refusing to play until Valve changed Artifact’s monetization scheme. Several commenters expressed surprise at the 20-to-1 exchange rate for cards to event tickets, saying they had expected a more expensive ratio.

The ability to recycle cards for event tickets, which you need in order to play Expert Mode, follows the addition new draft modes to play casually, and to play draft mode with friends. Yesterday’s Artifact update also adds the ability to select AI difficulty when playing against bots and provides bots with a few more pre-made decks to practice against.

Artifact is set to launch November 28. in the meantime, you might want to brush up. So, here’s how to play Artifact, the best cheap Artifact decks, and all the Artifact cards announced so far. Maybe reading those a few times over will help pass the time until the game is in our hands.