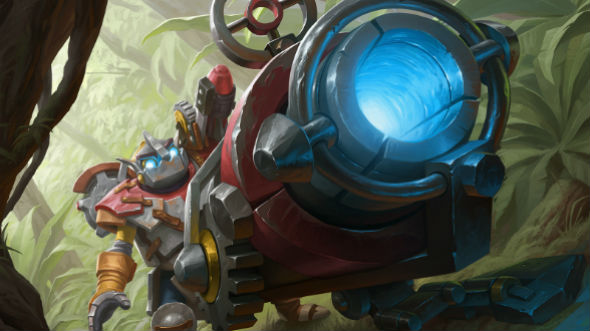 Over 100 Artifact art assets have been copyrighted by Valve in recent months, giving our best look yet at the cards that could be making their way to the finished game.

Here’s everything we know about Artifact.

A search on the US copyright database for Valve Corporation brings up the listings under the tag ‘Visual image’. There are various spells and items in the new listings, as well as several heroes. When we went to see Artifact at a press event in March, characters like Zeus, Legion Commander, and Bristleback were all present, but the listings point to new characters like Omniknight, Tinker, and Skywrath Mage. There’s also a reference to Kanna, a character who’s not an in-game Dota 2 hero, but is referenced by a handful of characters. Valve said that there would be characters unique to Artifact who may one day make their way to the MOBA, so this could be another example (Sorla Khan was revealed in the early Artifact build we played).

The listings also revealed that several of the card’s artworks were completed by artists who had formally contributed work to Magic: The Gathering. Given that MtG’s founder, Richard Garfield, has been working on the game, that’s maybe not too much of a surprise, but it’s at least an interesting bit of trivia.

A total of 22 heroes featured in the listings (several heroes confirmed to be in the game were not listed) but it’s not apparent which characters will be available in the game on release just yet, although we do know there’ll be 280 cards available on release. Nor is it entirely clear when that release date will actually be, but a steam listing for Artifact briefly suggested it’ll be out in December.