Riding between the dusty towns of Red Dead Redemption 2 is a slow business – often taking a good ten minutes of solid plodding. And that’s only if you maintain the highest speed, being careful to manage your horse’s stamina, constantly shunting your heels into its sides and only letting it rest when it’s in danger of collapsing.

The speed of Red Dead 2’s horse is true to life as much as it can be in Rockstar’s cowboy sim. ‘Authenticity’ appears to have been the watchword of the game’s development.

Assassin’s Creed Odyssey’s horse is practically superpowered in comparison. Not only would it cover the same distance in half the time, unhindered by rocky ground and mountains, it would charge through any enemies, stamping them down to wear like a grotesque horseshoe. That horse stops for nothing and no one. It’ll charge up the steepest slopes Ancient Greece has to offer and then jump the entire height back down without as much as fracturing a knee.

Your horse in Assassin’s Creed Odyssey is appropriately called Phobos. The Greek god of the same name is the personification of fear, and likewise, everyone should be terrified of this animal. 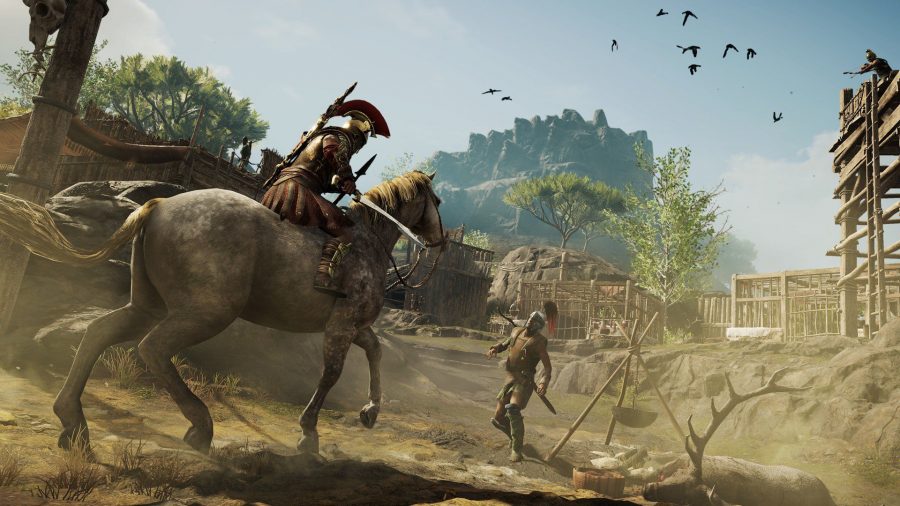 Phobos represents everything about Assassin’s Creed Odyssey that has surprised me. This is the first game in Ubisoft’s neck-stabbing series I’ve played since Assassin’s Creed 2. Back then, the games were heralded for their busy crowd simulation and historical authenticity. Alright, the series has always had magic apples and a machine that lets you travel back in time, but Assassin’s Creed seemed to aim at realism. However, after playing Odyssey for a short time, I’m having to revise my impression of the whole series.

I remember the uproar when the series shifted from social stealth game to RPG with Assassin’s Creed Origins. Fans were angry that you could no longer instantly kill any enemy with a backstab. I assumed this was controversial because it didn’t align with the sheen of reality that pulses through the games. But no, it totally fits in with Assassin’s Creed, this ridiculous series in which people survive massive falls by landing in small stacks of hay and ships are able to dock by moving sideways through water.

The brash acrobatics and absurdity of Assassin’s Creed Odyssey are made even more obvious because I come to it right after completing Red Dead 2. In Ubisoft’s adventure, iron is mined from rock with a bare fist and an eagle can mark targets like a 21st century military drone. Red Dead 2 doesn’t even let you call your horse to your side if you’re too far away for it to hear your whistle. By contrast, Odyssey lets you summon your horse to the top of a cliff, it appearing as if it, too, were able to climb up the sheer vertical rock face you scaled to get there. 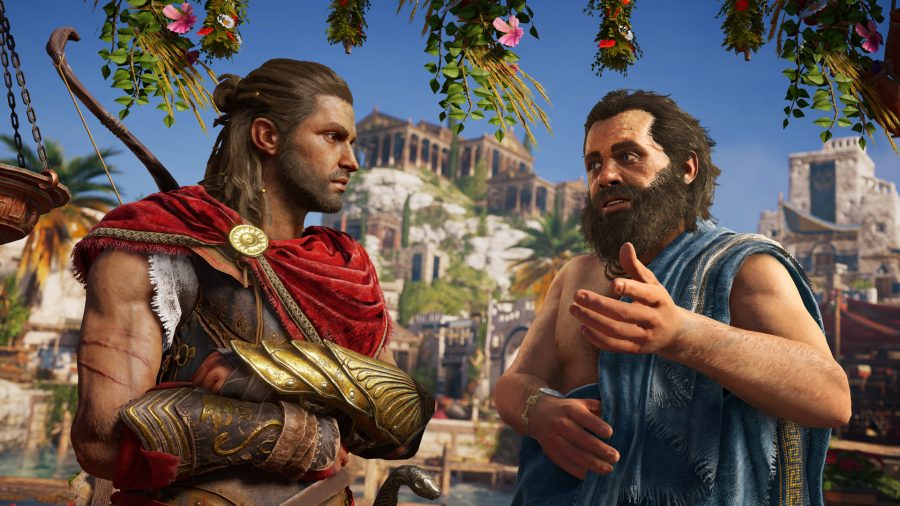 Ubisoft admits Odyssey “pushes the limits” of the historical grounding the Assassin’s Creed games have always had and, frankly, it’s refreshing. Open-world games are the format that triple-A game studios currently use for their flagship experiences. The main tropes of the genre seem to be settling down – maps littered with icons, home bases to be upgraded, ability trees to be filled – and we’re now starting to see a divide in how different studios approach open worlds, carving their own styles into the virtual landscapes.

Ubisoft has offered up a regular supply of DLC that brings out Odyssey's goofy side - via Greek mythology. You can turn Phobos into a winged horse, a Pegasus, but there's also a skin that makes your steed look like it's been eaten by a lion, and another that gives Phobos a mane of hellfire.

CD Projekt Red prioritised storytelling above all in The Witcher 3: Wild Hunt, while Rockstar went for historical authenticity in Red Dead 2, and Just Cause has always been about finding the quickest way to send a nation into chaos via clotheslining traffic with a grapple hook. But now I see Ubisoft is doing a good job of embracing the pandemonium of its open worlds and really leaning into its own brand of energetic maximalism – filling its maps with more goofy characters, more sex and violence, more anachronistic jokes and easter eggs.

While playing Assassin’s Creed Odyssey, I feel like I can barely keep up with how much it wants me to do: explore nearby tombs, fight in arenas, destroy pirate ships, recruit lieutenants, steer the direction of a huge war, and so much more. If I open up the menu the quests keep unravelling. The game’s got me into the habit of looting more items than I can sell and hunting down more targets than I have fingers. And yet the game still pushes me forward towards new territories, so much of it to plunder, climb, and spill blood over. 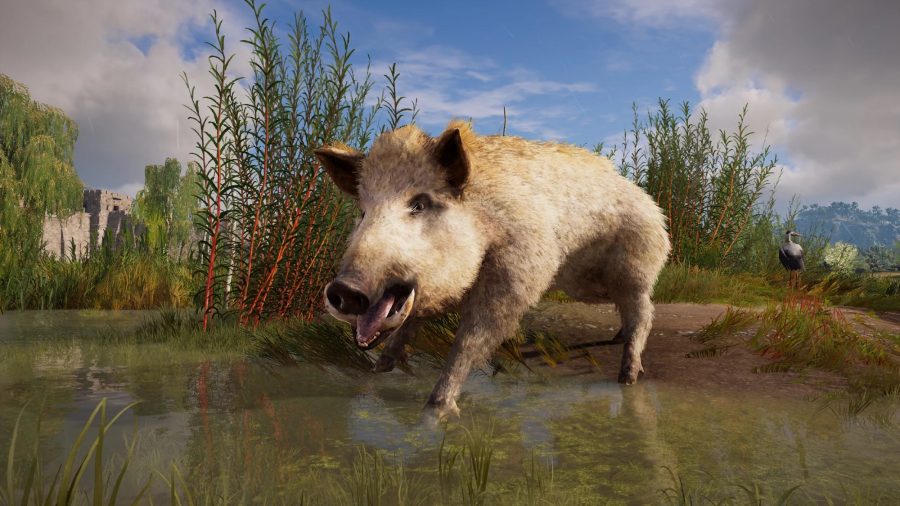 It just keeps going, but I’m getting into a rhythm and find myself almost comfortably doing a hundred tasks at once. I get more efficient at looting each encampment and my method of murder is basically a drive-by at this point. I only slow down to laugh: one quest ended with a man shrieking in horror after realising I had killed his mother and slept with his father – “He screamed, but it wasn’t in agony,” my character says, hands on hips as pride spreads across his face.

The silliness of the whole game comes into its sharpest focus for me when battling an overgrown boar. It’s a boss battle in which the giant hog relentlessly charges at me, and when it’s really angry, will call in an army of smaller boars to further humiliate me. What did I do to wrong multiple generations of this piggy family? Nothing has hated me as much as this boar does.

Related: Check out our list of the best RPGs on PC

I’ve taken down military leaders and skilled mercenaries, and yet it’s this tusked menace that gives me the most grief. Imagine that: one of the most important human civilisations – which advanced art, technology, and philosophy more than many others – bested by angry swine.

Anyway, I’ve just seen that I can turn Phobos into a skeletal hellfire horse of the damned? Perfect. Guess I have to buy that now. This game.