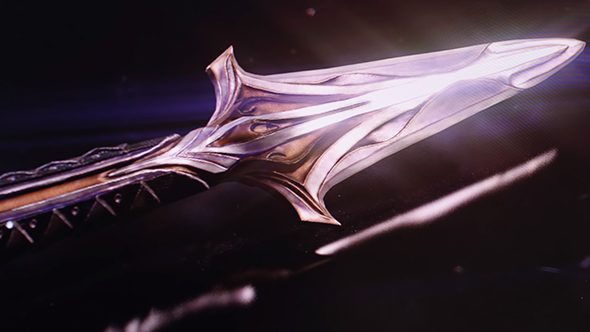 Assassin’s Creed Odyssey sets an even older start point for the series. That means we get to see some early staples of AC lore – like the pieces of Eden. Odyssey will have you start the game with one of those first civilisation artifacts, upgrading it throughout the adventure to unlock new abilities. More specifically, that artifact is the Spear of Leonidas.

Whether you play as Kassandra or Alexios, you’re Leonidas’s descendent, inheriting his broken spear near the start of the game. The spear replaces the hidden blade as your basic weapon – after all, the hidden blades weren’t invented yet – and ends up being a far more versatile tool. We see the spear being used as a thrown weapon, and as the tool for death from above assassinations.

It’s E3 week, so what better time to refresh yourself on the biggest upcoming PC games?

You’ll upgrade the spear throughout the game, making it better and gaining new abilities as you go. As an artifact of the first civilisation, there’s some near-mystical alien tech there, and your connection to the blade will be a point focused on in the main story.

Ubisoft likens the spear to having access to an Apple of Eden from the start of the game – something so powerful, it’s normally reserved for late-game story moments. That’s particularly striking given this game’s Ancient Greek setting, and as director Scott Phillips notes, that means the “connection to the first civilisation is the strongest it’s ever been in the franchise.”

There’s plenty new in the series’ latest, ranging from romance options to Minotaur battles. The Assassin’s Creed Odyssey release date is set for October 6, and you can follow that link for plenty more details on gameplay and story as we uncover them.