Great Odin’s raven! Judging from the Assassin’s Creed Valhalla reveal, it looks like the series’ one-year hiatus was well worth the wait. It’s early doors yet, but our first hands-on time with Valhalla has us excited to grow out our shaggiest beards, cover ourselves in tattoos, and go Templar-slaying across England.

The new Assassin’s Creed game sees you playing as either a male or female (you can switch freely between the two) Viking named Eivor, who is leading a clan of Norse soldiers to England as they flee conflict and dwindling resources in their native Norway. Your goal is to secure your foothold in England, a land of fractured kingdoms, by leading raids for vital resources, building your village into a stronghold, and battling any Saxons who challenge them. Customisation appears to be a key feature of Assassin’s Creed Valhalla – you’ll be able to fully alter the appearance of your raider from hairstyles and facial features, to tattoos and how your longship looks.

What is the Assassin’s Creed Valhalla release date?

This comes direct from a Ubisoft press release alongside a heap of details about the upcoming Xbox Series S and X releases.

The Valhalla release date was initially revealed as the 17th of November on an official Assassin’s Creed Italian Instagram post, which has subsequently been deleted.

Where can you get Assassin’s Creed Valhalla on PC? 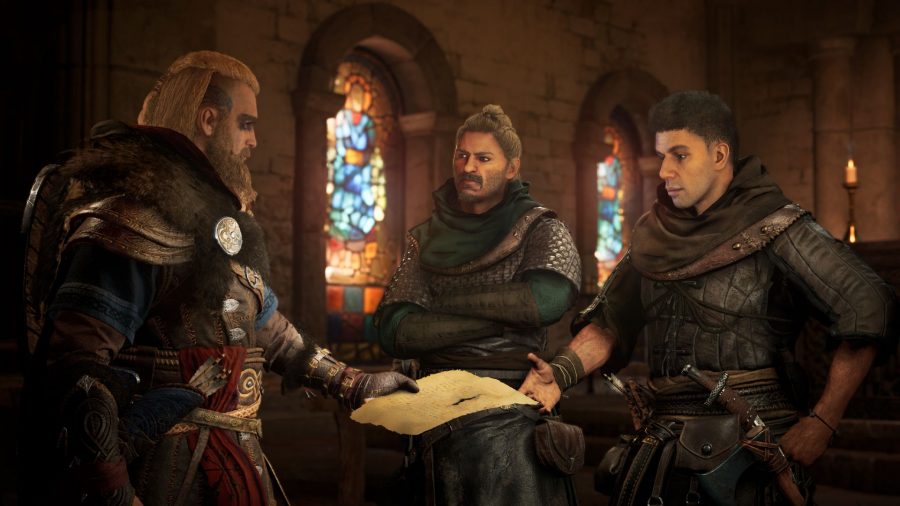 Where is Assassin’s Creed Valhalla set?

The Assassin’s Creed Valhalla setting is England during the ninth century. The demo we played was set in 873 AD, to be more specific.

Your clan of Viking raiders is fleeing Norway in search of richer lands and arrive on the shores of England at a time where the land is divided into Saxon kingdoms. This is known as the Heptarchy, and describes the period where Anglo-Saxon England was made up of seven kingdoms: Northumbria, Mercia, East Anglia, Essex, Wessex, Sussex, and Kent. 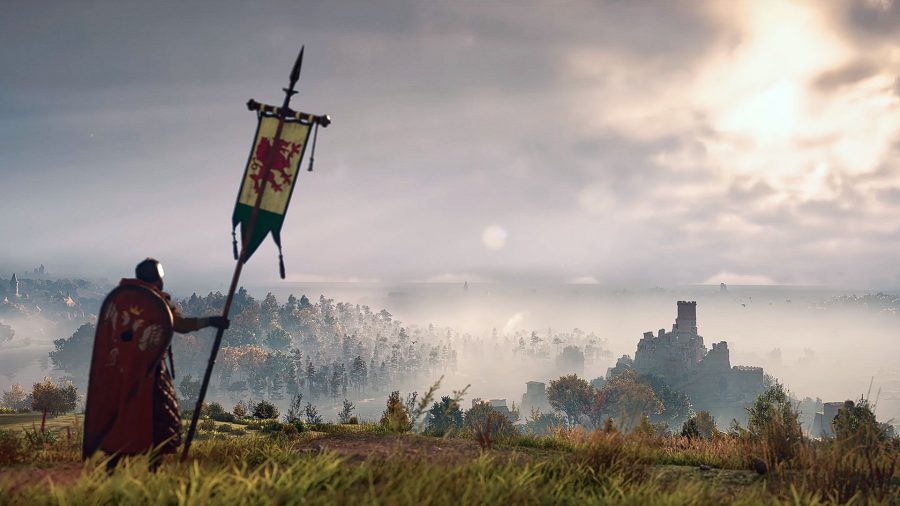 The villain we’re shown in the cinematic trailer is King Aelfred of Wessex, so it’s possible that the Assassin’s Creed Valhalla map will be based largely on England’s south coast and will see players forging a path into Wessex as they beat back Aelfred’s forces. Of course it’s possible that the map will merely be a scaled down version of England. 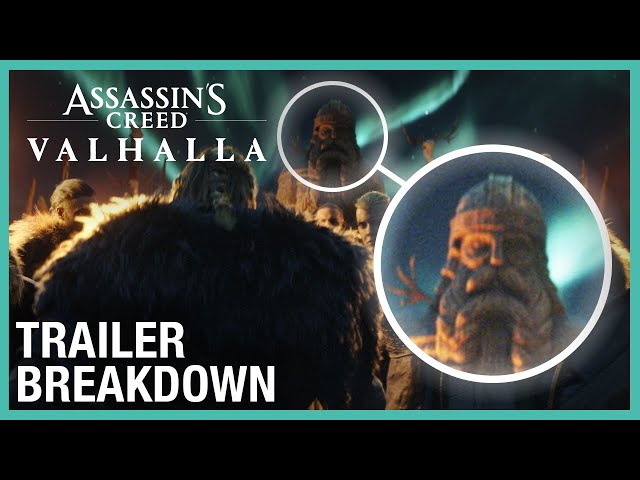 If you watch the video above you’ll get a few more details about the Valhalla map. The main revelations are that the main story of Assassin’s Creed Valhalla begins in 873 AD and that the map will include Wessex, Mercia, Northumbria, and East Anglia. In an interview with BBC Click, former Valhalla director Ashraf Ismail also says you’ll spend a considerable amount of time in Norway, and that you’ll be able to explore UK cities like London, York, and Winchester.

Our hands-on time with the game took place in a portion of the East Anglia region and included plenty of noteworthy locations such as Norwich, Great Yarmouth, and Sutton Hoo. Special attention has also been paid to smaller settlements like Elmenham and Theotford, which East Anglians may recognise as North Elmham and Thetford. We’ve also seen locations like Medeshamstede, which is modern-day Peterborough, and Wenlocan, which is the Shropshire town of Much Wenlock.

We’ve spied a glimpse of the Assassin’s Creed Valhalla map from a recent gameplay trailer. 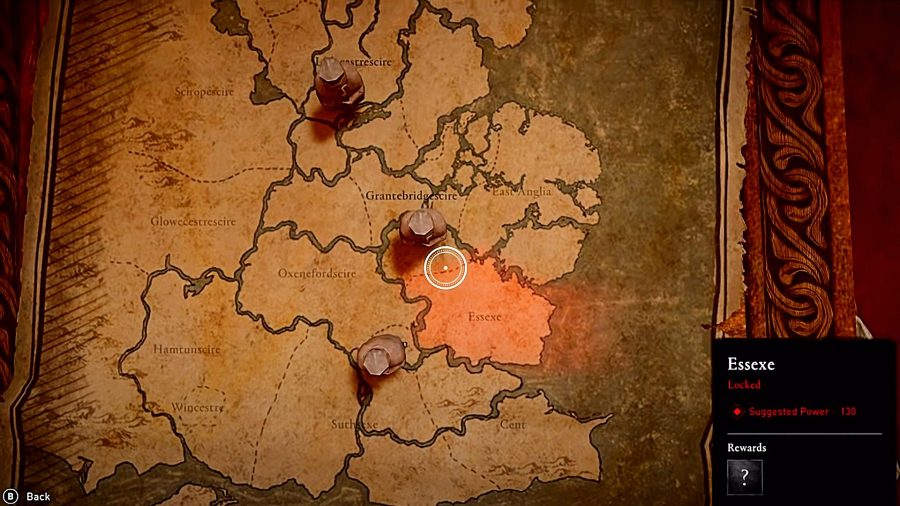 The trailer then pans up a little more revealing the rest of the England map. 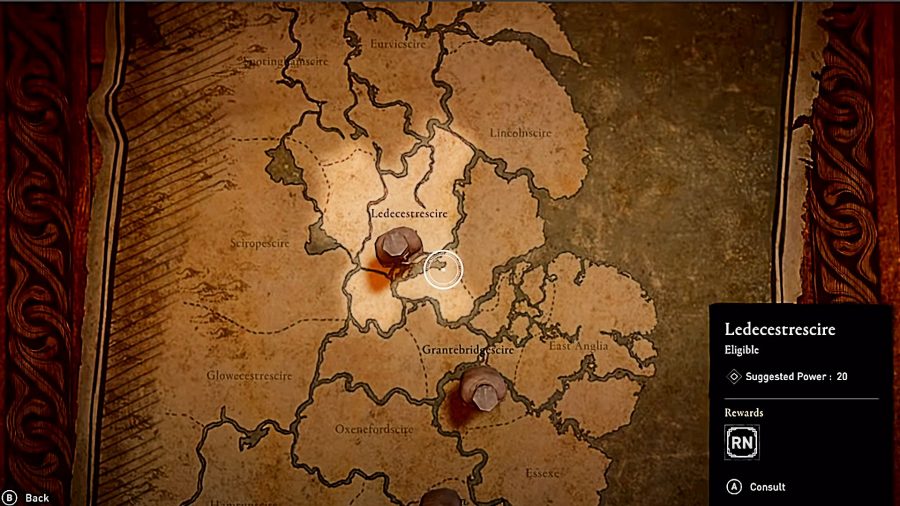 Here is the full list of regions we’ll be able to visit in Assassin’s Creed Valhalla (or the English portions, at least):

We also recently discovered that you’ll have the chance to visit the mythical realms of Asgard and Jotunheim during your adventure. Plus, America will feature in at least one quest.

As with the previous two Assassin’s Creed games, regions will have a suggested power level, which will discourage exploring too far afield early on. There are also rewards for clearing each region. 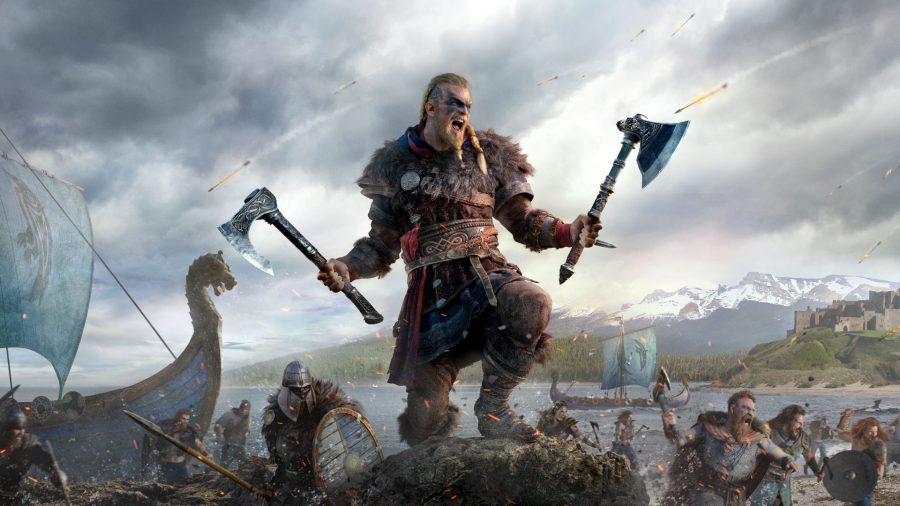 Eivor is the main protagonist in Assassin’s Creed Valhalla. Players can choose whether they want to play as male or female Eivor at the start of the game, which is slightly different from Odyssey where the choice between Kassandra and Alexios represented two different backstories. It appears that Eivor has more of a blank slate, so it will be interesting to see how Ubisoft ties in Eivor’s crew of Viking raiders to the Assassin’s Creed.

Is there any Assassin’s Creed Valhalla gameplay? 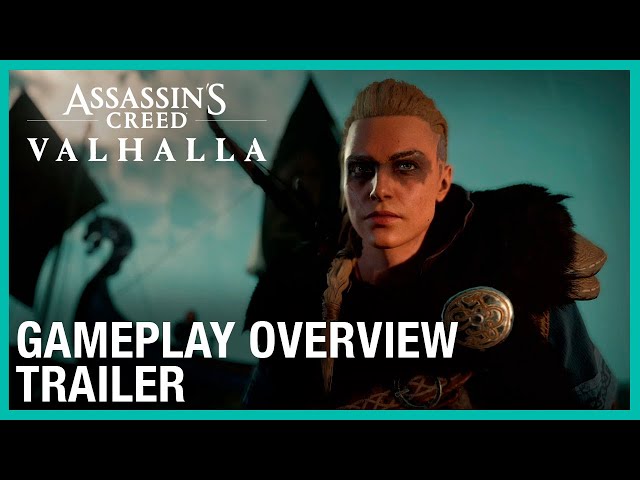 We’ve had a much better look at Assassin’s Creed Valhalla gameplay thanks to the Ubisoft Forward gameplay trailer posted above, but it’s far from a proper showcase of how the game will actually look when you’re playing it.

This showcase gives us a much better look at how raiding will work, and suggests we’ll be able to lead free-form raids as we course through the rivers of England. These raids will be handy for developing and upgrading your Viking settlement, which will house your clan’s barracks, blacksmith, tattoo parlor, and an alliance map, which will show you the allies you’ve made.

The overview also goes on to show some of the enemy archetypes you’ll face, plus a look at some of the new combat abilities. We also get a glimpse of the dual-wield system, which lets you dream up practically any combo, even two shields. 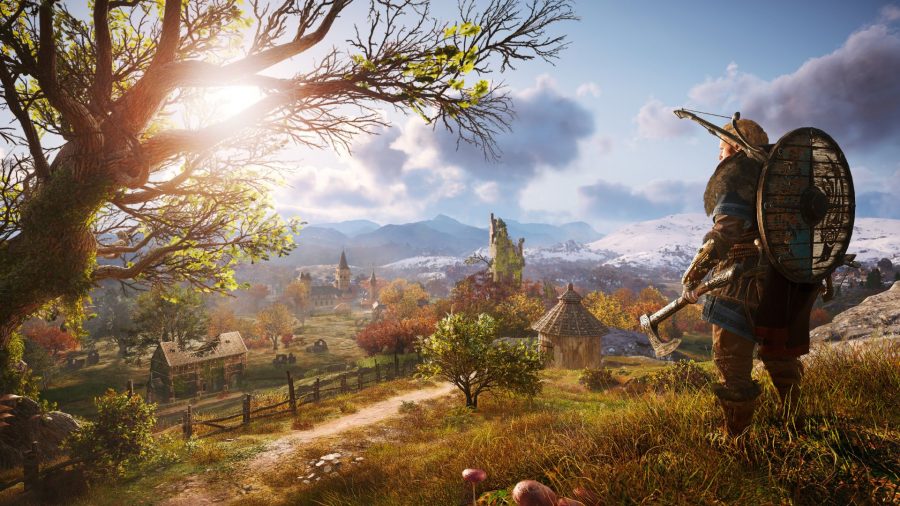 Social stealth returns for the first time since the series’ revamp, letting you sneak into English-controlled settlements by moving with crowds, and performing mundane tasks to avoid suspicion, like preparing food.

Ubisoft also insist that you’ll need to forage for food and supplies out in the open world. The combat system requires food to refill health, a bit like Dark Souls’ Estus Flask recovery system, so finding food out in the forests is vital before heading into a fight. Naturally, there’s plenty of hunting as well, just look out for bears and wolves. Legendary beasts return, with folkloric creatures like East Anglia’s Black Shuck making an appearance. There are also puzzles to be solved at key pagan worship sites, and even some Abstergo interruptions that take the form of short parkour puzzles.

The promised assaults are a spin on Odyssey’s Conquest Battles, but feature some neat interactions with the fortresses defences, like shooting oil pots to burn enemies on the wall, using battering rams and siege ladders, and much more.

You’ll also be able to do more relaxing activities like hunting, fishing, drinking games, and more, which should be a welcome change of pace.

There are also Viking rap battles in Assassin’s Creed Valhalla, or Flyting if you want to use the correct term. These are pretty simple and require you to pick the right counter to your opposite’s insults, ensuring it also rhymes.

Expect more details on what’s next for the Assassin’s Creed universe soon.