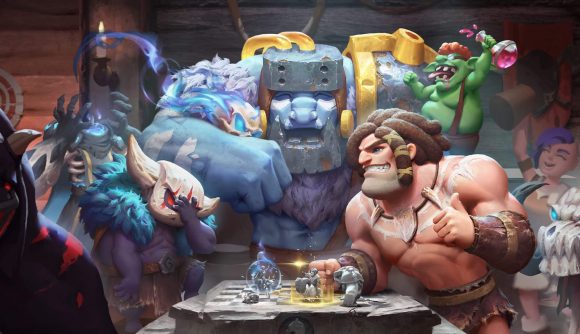 While Riot and Valve are battling it out with beta editions of their own autobattlers, the developers of the original Dota mod are working on their own standalone Auto Chess, and Drodo Studio already has big plans for investment in the game’s esports scene. The first Auto Chess Invitational tournament kicks off later this year with a total prize of $1 million USD.

Global qualifiers will launch early in August, and the developers say in the announcement that “there will also be online and offline events held to get the community involved.” Qualifying teams will join those who’ve been invited for the finals in Shanghai. The tournament is a joint effort between Drodo, Dragonest Network, and ImbaTV.

Auto Chess is set to hit the Epic store when the standalone PC version launches, but the mobile edition from Drodo – Auto Chess: Origin – is already available on your phone platform of choice. Drodo recommends prospective pro players start practicing there for now.

The autobattler – or Auto Chess clone, if you’re feeling uncharitable – has become a genre in record time, as both Dota Underlords and Teamfight Tactics are on the way from the makers of Dota 2 and League of Legends, respectively.

We’re still going to be waiting a while for Drodo’s standalone version to hit PC, but hey – at least there’s a trailer to watch.

If you’re looking for a Dota Auto Chess guide, a Dota Underlords guide, or info on how to play Teamfight Tactics, we’ve got you covered. There are plenty of flavours of autobattler out there already, so you’ll probably want to pick your poison early.