The second Avengers beta weekend is off to as rough a start as its first: during the Friday, I’m unable to start the game at all, as it crashes every time I try to boot it up. The beta is patched soon after, only for the game to lag severely, to the point of freezing altogether. A quick glance at player feedback reveals this is a known issue, one I can’t seem to completely fix even turning down the game’s numerous settings.

Once I start playing in earnest, I recognise Avengers as the same game that looked slightly rough during its first presentations last year. The beta starts with a demo that lets you play every Avenger in turn as they try to save San Francisco. I’m sure there’s a plot here, somewhere, one I might not get because I’m thrown right into what feels like the end of a larger segment, and also because everything is exploding oh my God.

To be fair, looking at the films in the Marvel Cinematic Universe, it’s no surprise developer Crystal Dynamics thought an authentic Avengers gaming experience needed a lot of wham and also boom, but in all honesty, it’s a bit much. The camera swerves wildly, the motion blur – which you can blessedly disable – makes you feel like you’re wearing a dirty pair of glasses on a wild teacup ride, and the sounds of splintering and crashing and roaring are the joy of any neighbour to quarantined players. 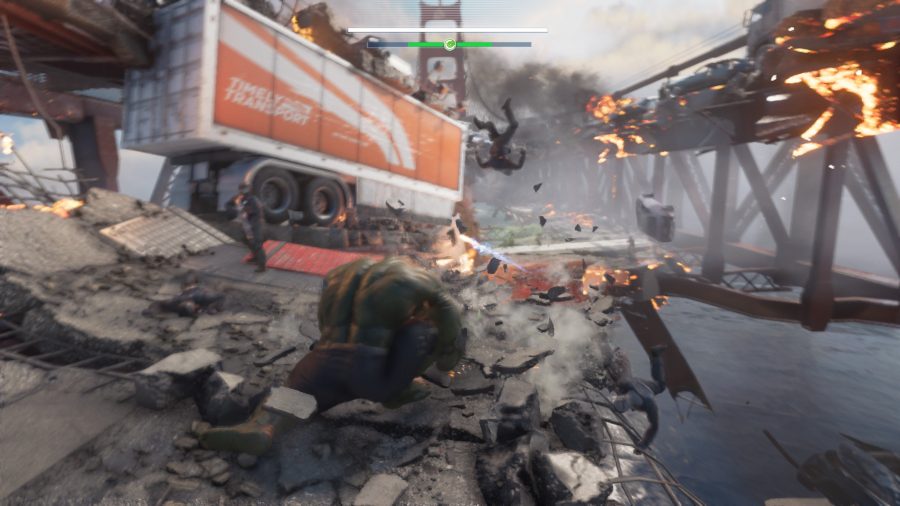 Thankfully, the last thing you need to do in Avengers is concentrate. Each character has different ways of reducing their opponents to helpless ragdolls, from the Hulk grabbing and Hulk-smashing them into the ground to Thor raining down lightning. Apart from standard light and heavy attacks, you have three different special attacks to choose from. With the way your character snaps to enemies in their vicinity, Avengers often feels a bit like Rocksteady’s Arkham series, especially when you’re using a hand-to-hand combatant like Captain America or Black Widow.

Related: Check out the best superhero games on PC

Unlike Rocksteady’s comic brawler however, Avengers requires no finesse – its worst passages are in fact those in a later sequence where you’re using the Hulk to fight more powerful enemies one-on-one that need to be dodged now and then. With the way the Hulk tends to dodge right into his opponents or take a hit despite dodging away, I feel punished for wanting to take things slower, like Crystal Dynamics is telling me I’m not supposed to dodge, I’m supposed to smash. 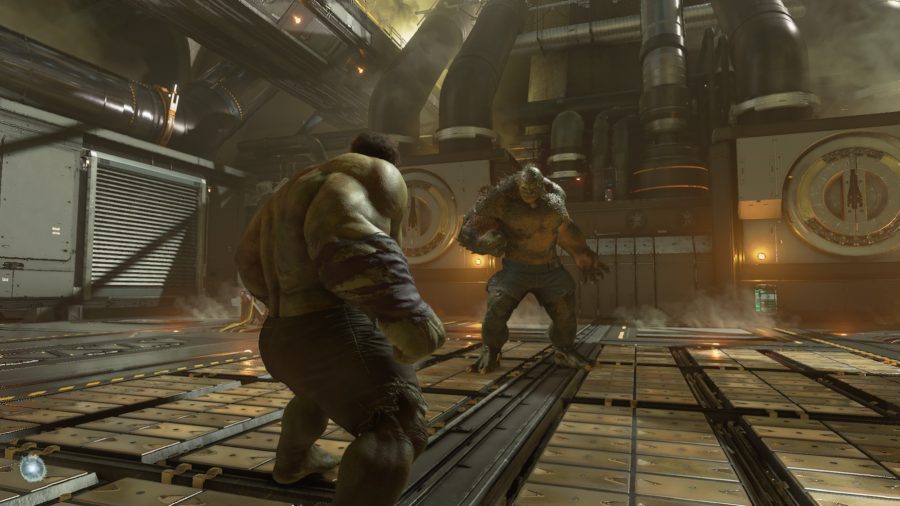 This is an impression solidified further by how the game looks in more quiet passages. It’s all very impressive when fire and destruction are raining down upon you and the framerate holds, but look a little closer and textures are muddy, animations are choppy or trigger late, and sometimes the enemies – of which I’ve fought five variants during the beta – all behave vaguely the same. Sometimes they also just stop, as if ready to give up altogether. The few jumping passages I’ve encountered feel like a bit of an afterthought, too – characters control as if they’re slipping on banana peels.

Since Kamala Khan, aka Ms Marvel, was announced as a big part of the story, I’ve been eager to play her. Her characterisation is really enjoyable – overall the game deftly captures the quippy fun fans connect with Avengers through its dialogue. Kamala does feel a bit like a knock-off Spiderman to play, but if anything, that’s a compliment to the rubberiness of her extendable limbs and her ability to swing over large chasms.

By the time the war table unlocks, enabling you to spend more time with each hero in a number of random missions, I’m a bit tired of repeatedly pressing the same buttons. You can play these missions together with friends or with random other players through matchmaking, which can be lots of fun in the same way Left 4 Dead is fun for a few rounds. I just wished there was any level design to speak of rather than just mostly empty plains dotted with enemy camps. 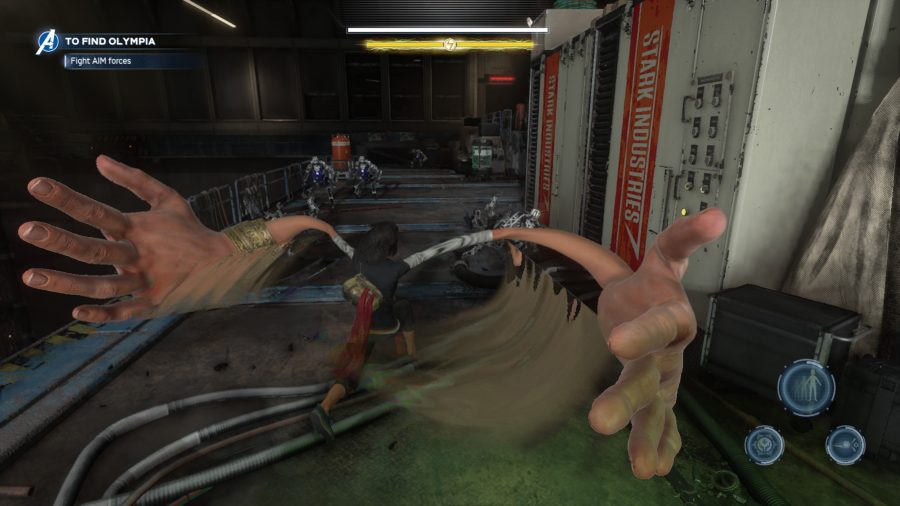 While Avengers is not all that impressive in its beta, I have hope. The menu reveals a rather large skill tree, and with more skills come more combos and all-around smoother gameplay. I just hope this isn’t one of those games where I have to grind endless random war table missions for the necessary experience points.

Read more: Check out all the Avengers game characters

Crystal Dynamics calls these missions an important social component, but it feels like an opportunity to smash stuff in empty arenas for some items and cosmetics. It’s all mindless fun for a few quick sessions, like playing an arcade game with your friend until you run out of credits, but I really hope that’s not where the game’s ambitions ultimately end. We’ve seen the same mechanics used to better effect in many other titles already.