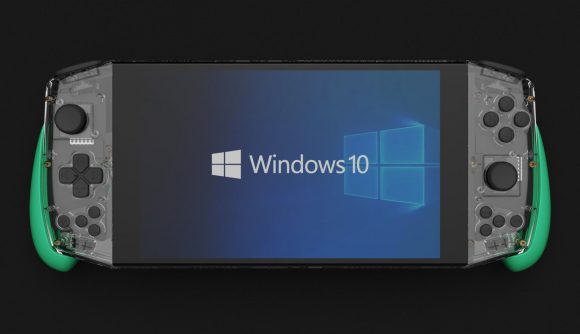 March 10, 2021 You’ll be able to buy the Aya Neo from your favourite stores once the campaign is over.

At the start of last year, the Alienware Concept UFO teased us with the possibility of a true handheld gaming PC, but with “no plans to announce it as a formal product” as of 2021, we’re stuck sitting on the best gaming chair, hunched over our mouse and keyboard. Fortunately, there’s light at the end of the tunnel as the Ryzen-powered Aya Neo looks to take up the mantle, and it’s already proving quite popular.

Aya, the Chinese startup company behind the device, smashed its crowdfunding goal within the first few hours of the Neo going live on Indiegogo and currently sits at over 2,536% above its initial target. The 512GB SSD model sold out in less than 24 hours and won’t be replenished, but Aya has issued another thousand 1TB units to meet demand.

Although the Aya Neo looks like a Nintendo Switch by design, it’s a bit more of a powerhouse packing a 7nm AMD Ryzen 5 4500U processor, Radeon Vega 6 GPU, and 16GB of RAM – four times that of the console. It even has a slightly bigger 7-inch touchscreen display at 800p resolution and runs Windows 10, so there are no pesky compatibility issues.

Like its inspiration, there’s an optional docking station you can add onto your tier, but this one’s portable enough to take with you and has enough ports to plug in the best gaming mouse and best gaming keyboard – which is handy considering you can’t slide the Aya Neo’s controllers off.

With the current configuration, frame rates are expected to sit between 30fps and 60fps on most titles, including Cyberpunk 2077 according to Aya’s tests. You’ll need to check the system requirements of newer games to see whether the Neo will fit the bill, but the company confirmed it’ll push optimisations that could help boost fps as more titles release. 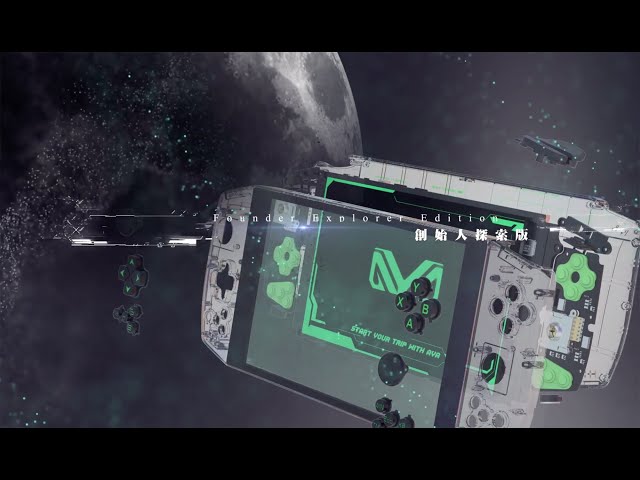 Aya originally withheld its crowdfunding campaign due to stock shortages plaguing the best graphics cards and best gaming CPUs, but thinks now’s the time to get things underway. A representative told us that the company “will start mass producing Aya Neo once supply chains are settled,” meaning you’ll eventually be able to buy the product from your favourite stores. We don’t know how long this will take, however, and backers are the focus for now, expecting to receive their devices this year.

Before you spend $6,750 HKD (approximately $869 / £628) on backing the Aya Neo, remember that this is a crowdfunding campaign and every one in ten successfully funded products don’t make it to market. These are investments in product concepts and not a promise of a physical product at the end of it. That being said, Aya’s already tested its proof of concept and is actively selling the Neo in China, which gives us confidence the handheld gaming PC is the real deal.