Baba is You has been making the games festival rounds for a couple years now, and it’s been quietly building a following based on its literal take on ‘changing the rules of the game.’ It’s literally a game where you push tiles with rules printed on them in order to change how the game’s elements work, and now it has a release date: March 13.

It’s an interesting deconstruction of games. Baba is You takes concepts that we’re instinctively familiar with – like how you can push rocks, or the fact that you’re represented by a persistent entity on screen – and then lets you play with them the way a programmer might have to just to get them to work at all.

It’s also an interesting exploration of logic and its relationship with linguistics. What does language push us into assuming about a situation, and how can we change those assumptions? Well, in Baba is You, you do it by literally rearranging the rules on the screen in front of you and watching the results. 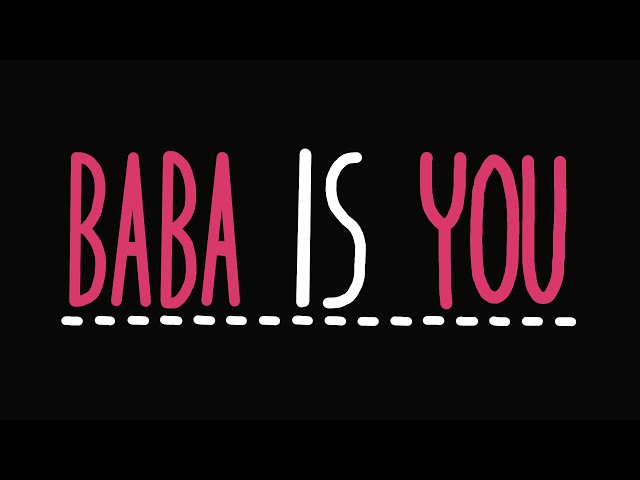 The look is reminiscent of games I remember from the ‘80s, specifically Rocky’s Boots – another game about moving game elements around to play with logic. The music, on the other hand, has a compelling but ominous kind of tone.

As I mentioned above, Baba is You will be available on Steam March 13. It’s already won prizes at the 2017 Nordic Game jam and at GDC last year (for excellence in design). This is one I’m excited to get my hands on after hearing about for the last couple years.