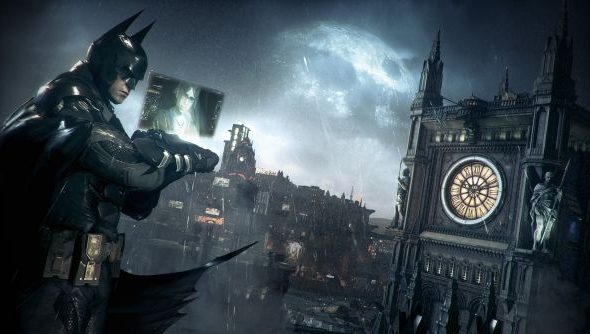 Call of Duty started a trend for live-action trailers about gamers escaping the everyday, and they’ve tended to be a little on the nose – like a Batfist in a perp’s face.

Black Ops II’s The Replacer and Ghosts’ Stephen Graham encouraged CoD players to abandon their spouses to shoot strangers for a few hours, and revealed their target demographic to be 18 to 25 year-old men who don’t know a good thing when they’ve got it.

“Be selfless,” suggest Warner Bros. “Be determined. Be courageous.”

While taking on thieves in dark alleyways is questionable advice, you could probably do worse than play the new Batman. Nightwing, Robin, Catwoman, and Azrael will show up as AI companions in Arkham Knight, and Rocksteady have developed a tag-team combat system that will have us switching between the do-gooders to knock the stuffing out of do-badders.

Somehow, the system seems to fit the rhythmic flow of Arkham fisticuffs remarkably well – grouping combatants together under one combo meter. What do you make of the new stuff?