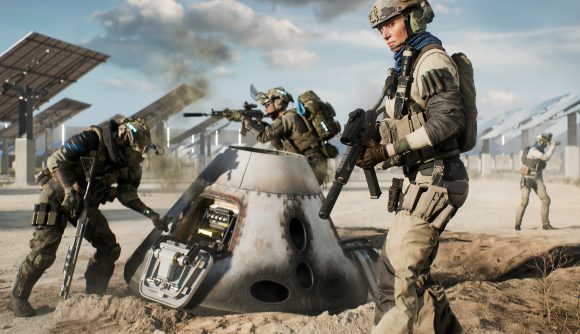 With the Battlefield 2042 release time coming up soon – very soon for those who’ve pre-ordered the Gold or Ultimate version – it’s a good time to dig into what the critics have made of the FPS game ahead of its arrival. Good news, then, that a bunch of reviews in progress and early takes have begun rolling out – so let’s see what the critics reckon of DICE’s latest offering so far.

While there are some finished write-ups about, many of the big reviews are in-progress ones for the time being given Battlefield 2042’s a live multiplayer game, so the ‘full experience’ isn’t here yet. In our own in-progress Battlefield 2042 review, Christian Vaz notes that, “this is still a giant playground packed with catalysts and gadgets that are ready and waiting to be worked into a player-made set piece”. He adds that, “it feels as cool as ever when you manage to create one of these in the middle of a match, and it’s in these moments when Battlefield asserts itself in the multiplayer FPS space”.

However, he does flag that he’s still somewhat unsure about how the game will shape up on launch day, explaining that his experience diving in so far “varied wildly across three lengthy sessions”, though is hopeful the niggles he encountered will get patched out soon. “When everything works, Battlefield 2042 is easily my favourite game in the series. But as of now, it doesn’t always work,” Christian says. Keep checking back as we’ll have our full review of the game live soon.

PCGamer, meanwhile, sings the praises of Battlefield 2042’s Portal – the game’s custom game-creation mode – calling it “the best part” of the game. The site’s take also notes that “limiting Battlefield 2042’s standard ‘All-Out Warfare’ modes to Conquest and Breakthrough feels like the right call. With all the diversions offered by Hazard Zone and Portal, Battlefield 2042’s base experience didn’t need to be stuffed with high-concept modes.” The write-up adds that Breakthrough is “an unsurprising but fun game type in which attackers must capture and hold two points from defenders before moving on to the next two points,” though it also says that “Conquest is a mess like it always is”.

GameSpot‘s review in progress says “although some specialists can feel a bit useless at times, tweaks to the formula with Battlefield 2042 add a lot of interesting gameplay variety.” The site’s take goes on to say that, “kinds of FPS experiences – in different game modes, in different Portal rule sets, and even in the same match as you switch between characters. Portal lets you relive the Battlefield games of the past, but on the 2042 side, DICE has cherry-picked from popular trends like hero shooters and battle royales. The best part is that, mostly, it has done a really effective job of curating those additions so that they bring more to what players already like about Battlefield, rather than change what already works.”

“Battlefield 2042 will split opinion”, says GamingBible in its review in progress. “Some will love the new stuff, others will hate it. Some will use it as a gateway to get the biggest nostalgia hit they can. The game EA and DICE have created here is more like a toolset to make your own fun than a great game in its own right. Does that make it a good game if it relies so much on community involvement? We’ll find out when it launches”. 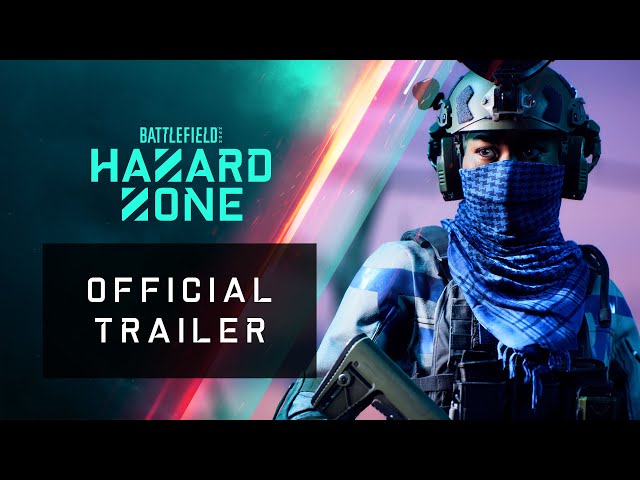 Polygon‘s early review notes that, “there’s still nothing quite like being in the middle of a massive firefight with dozens of players, while jets strafe the ground around you, and a tank rumbles over a hilltop only 50 feet away.” The site’s take feels that DICE has “been in search of that old Battlefield magic for more than a decade, and Battlefield 2042 comes extremely close”, though it adds that 2042, “at least so far, rarely manages to be much more than that. It doesn’t feel like a real step forward for the franchise, or a meaningful update on a 20-year-old formula. As of now, I’m still waiting for that next big leap.”

If you’re keen to check out each of the sites’ early takes on DICE’s latest, you can find the links in the roundup above. You can also head to aggregate sites Opencritic and Metacritic at those links to check out some of the other early reviews popping up.