Want to know more about specialists in Battlefield 2042? The next generation of Battlefield is here, introducing brand new mechanics, such as the ability to customise your weapon in real time. Battlefield 2042 also features a dynamic weather system to alter the flow of combat, forcing players to adapt to dangerous environmental hazards on foot and in vehicles. The size of the maps has also changed to accommodate up to 128 players, making this the largest Battlefield game yet.

One of the biggest changes to the series is the introduction of specialists, which adds more flexibility to the class system. In previous games, many players would pick a class because certain weapons were locked to that class, meaning they weren’t making the most of their gadgets. The specialists system allows you to have whatever loadout you want, and your chosen specialist’s gadget and trait go on top of that loadout.

We finally have information on the ten specialists coming to Battlefield 2042 at launch. Picking the right specialist boils down to which gadget and trait you are drawn to – if you like to take down multiple enemies at once, the assault specialists may be for you. Prefer to help your team instead? Choose a support specialist instead.

The only key restriction is that each specialist comes with their own trait and specialty, which you cannot swap out. For example, Mackey will always come with the Nimble trait, and a grappling hook is his specialty item. Specialists are geared towards one of four classes: recon, assault, support, and engineer. These give you an idea of what sort of speciality items and traits that particular specialist will use. 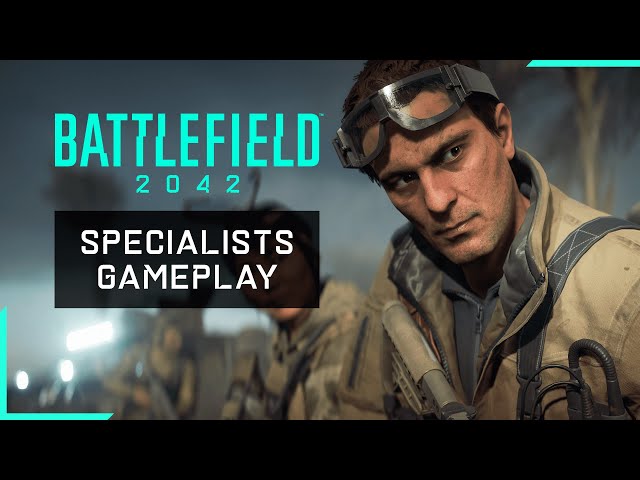 You can have a squad of up to four players in regular multiplayer modes. In the game’s Conquest and Breakthrough modes, squads will be allowed to contain more than one unique specialist.

All specialists will also have access to the Ranger feature. Rangers are AI-controlled robots that players can call upon to help draw enemy fire or follow orders. They’re somewhat limited in number however, and you’ll need to pick them over the other call-in options available to you, but they can be handy in certain situations. You can even call upon them to make the ultimate sacrifice and strap on an explosive before charging at the enemy position and detonating into a huge cloud of smoke.

Here are all of the specialists coming to Battlefield 2042 at launch. 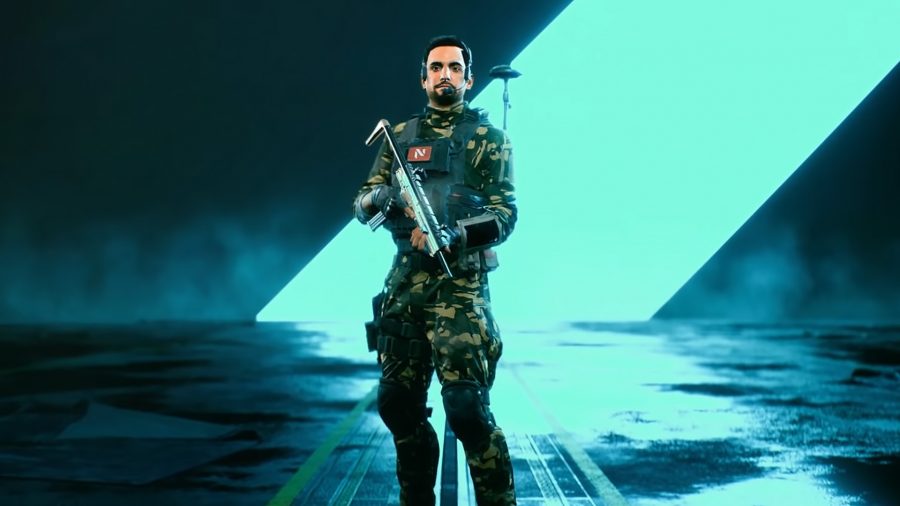 Hack an enemy using the Trojan Network device and kill them to reveal nearby enemies. All revealed appear as targets in-game and on the mini map.

Cyber Warfare Suite allows you to hack nearby in-world objects and enemy equipment. Some roads have bollards that can only be activated using this gadget – activate the bollards at the correct time to stop your enemies from driving forward. 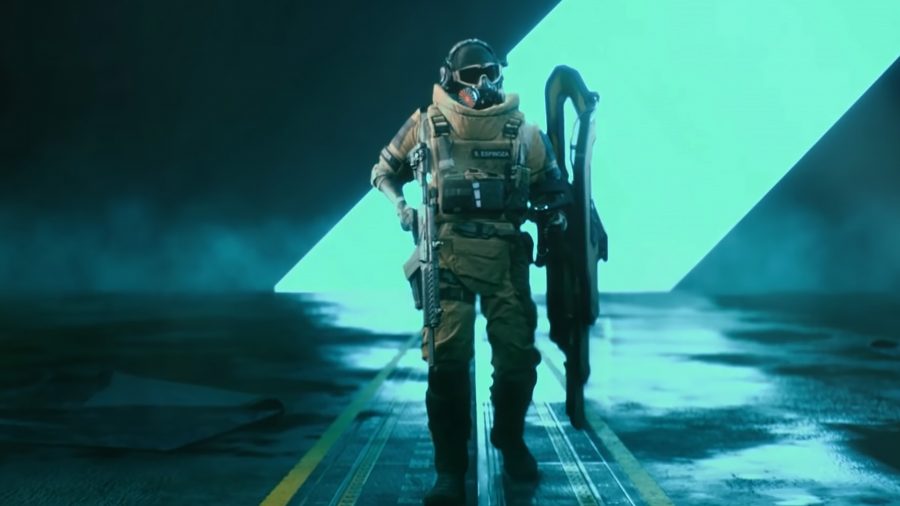 Equip yourself with the SOB-8 Ballistic Shield to stop incoming projectiles. The front of the shield has bullet proof glass at the front, allowing the user to see where they’re going without sticking any limbs out. 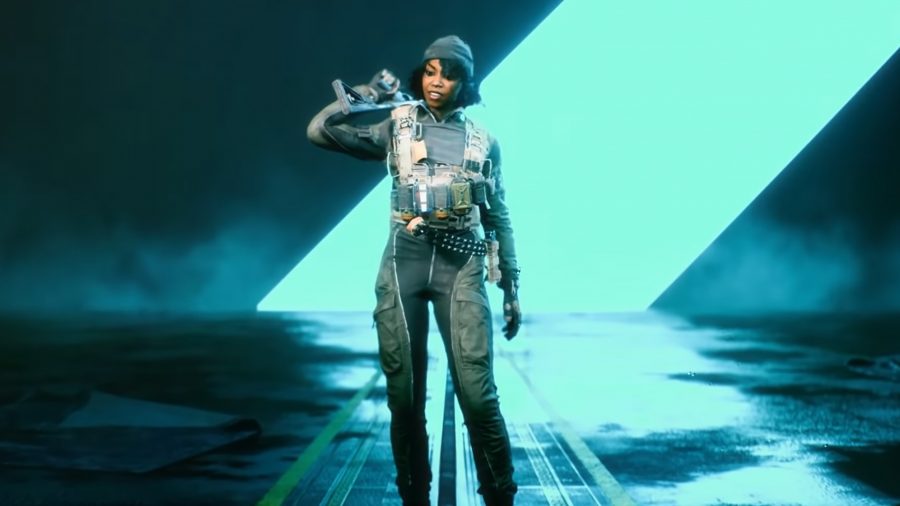 Drop from a great height and activate the Wingsuit to traverse great distances. The wingsuit looks like it handles better than the parachute – players have slightly more control when flying through the air with the wingsuit. 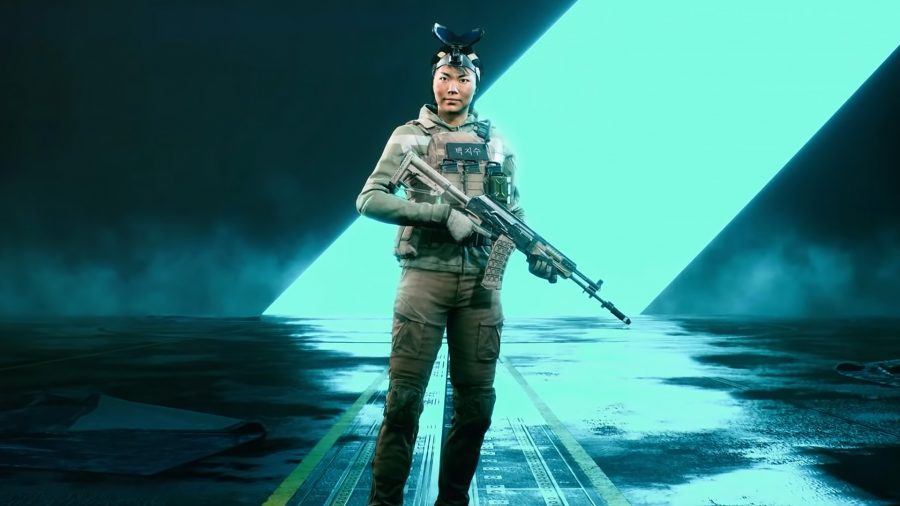 Threat Perception automatically tracks any enemies who deal damage to you.

Use the EMG-X Scanner gadget to display the locations of any hostile enemies in cover. This device scans the area repeatedly for a short period of time, allowing you to temporarily see enemies through walls. 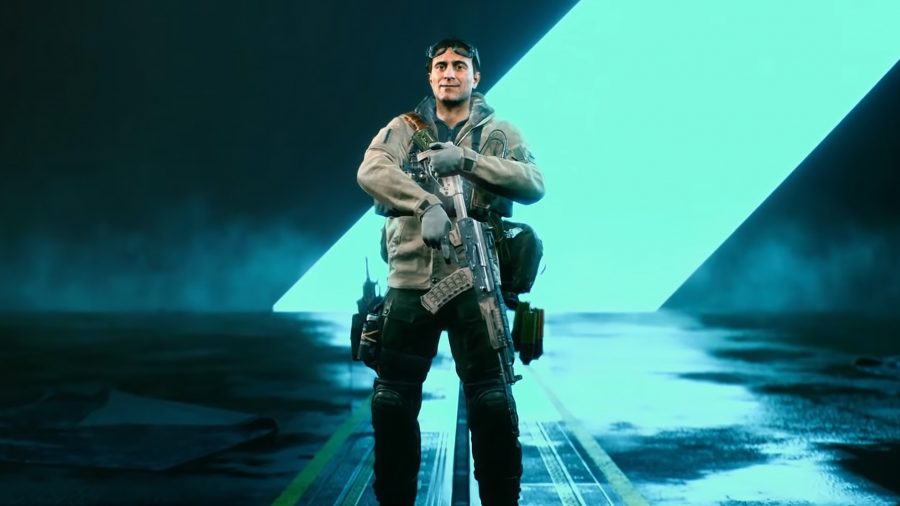 Change your entire loadout using the Loadout Crate gadget. This crate can even be used by your squad mates, providing armour, ammo, and brand new loadouts to all squad mates. 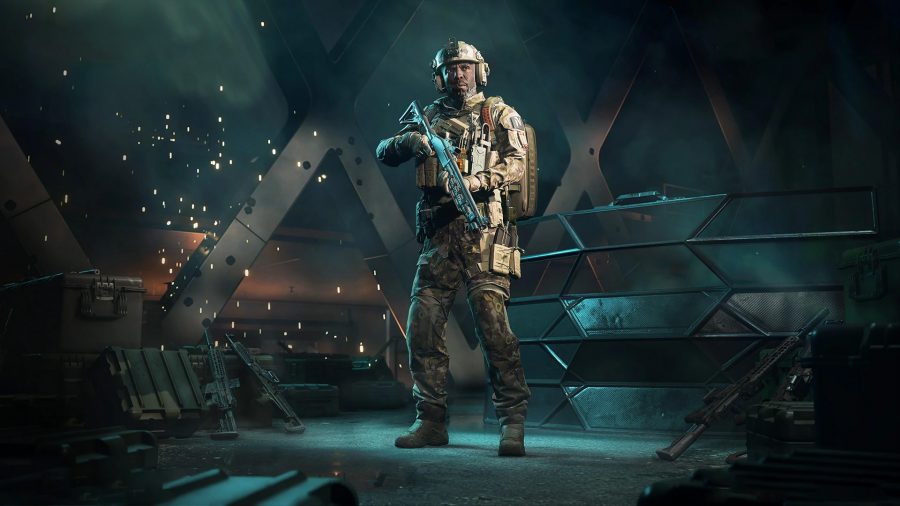 The Fortification System provides Irish with a DCS Deployable Cover which blocks bullets and explosives. This cover also sets up a APS-36 Shootdown Sentinel to instantly nullify rockets, grenades, and any other type of bomb.

The Veteran trait provides Irish and his squad armour, as well as additional bonus from downed enemies. 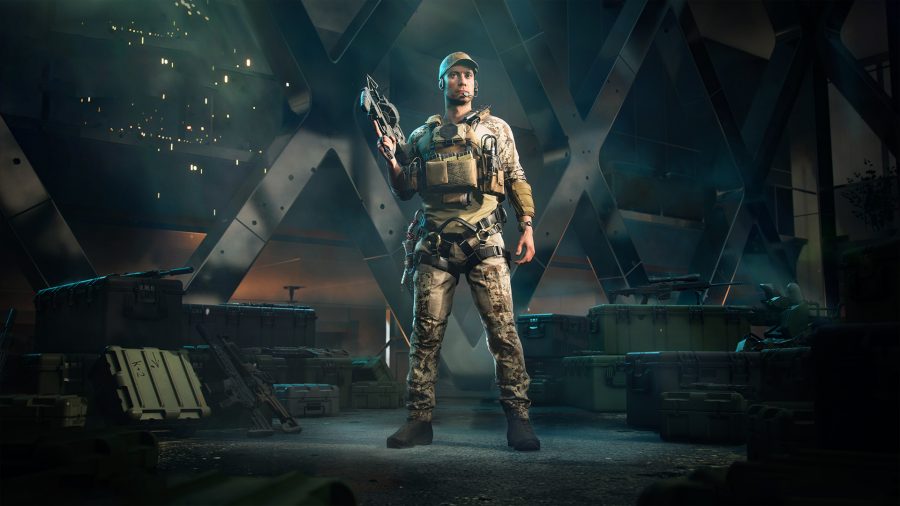 Grappling Hook allows Webster to create new traversal routes and easily flank snipers and squads who are holed up in tall buildings.

The Nimble trait increases Webster’s agility when aiming down sights and ziplining. 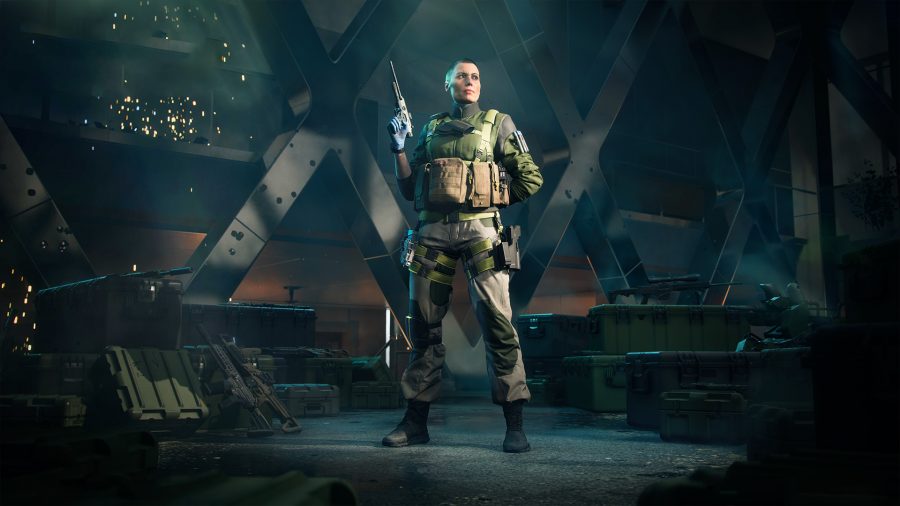 The S21 Syrette Pistol allows Maria to heal and revive players from afar.

The Combat Surgeon trait ensures that Maria always revives players to full health rather than just a slither. 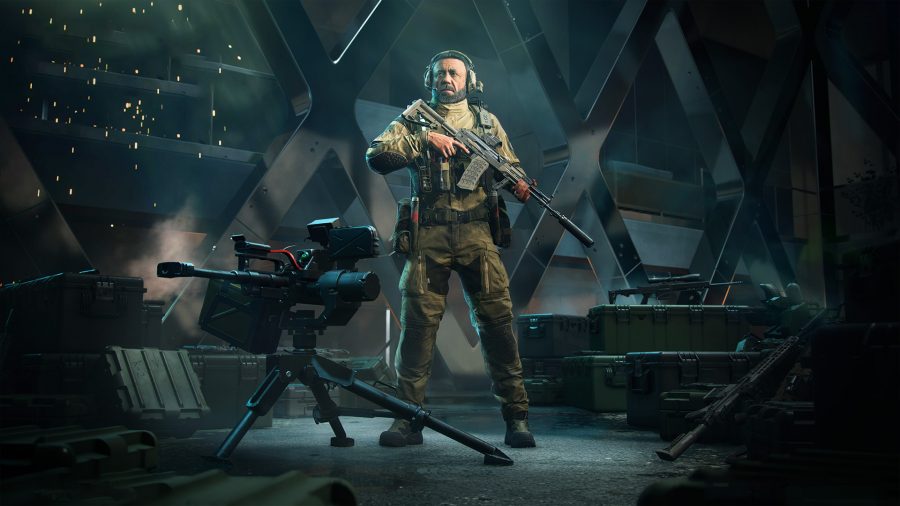 The SG-36 Sentry Gun is a turret that you can deploy that will automatically spot and engage enemies.

The Sentry Operator trait buffs the turret’s efficiency when standing near it. 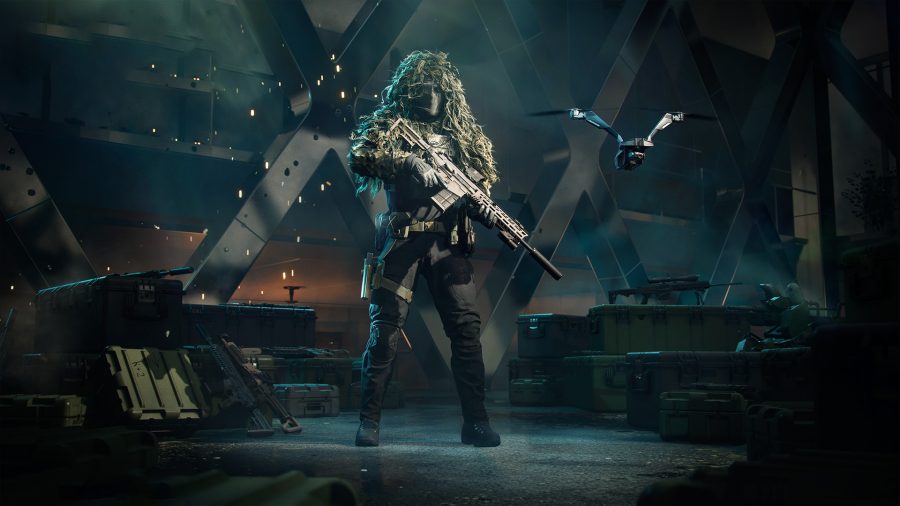 The OV-P Recon Drone is a flying drone that you can operate. You can use it to spot enemies and disrupt electronics with EMP darts. You can manually fly it, but you can also leave it hovering in the air where it will continue to spot targets, allowing you to move in for the kill.

The Movement Sensor will help you detect incoming threats. It appears to show when you’re being flanked with an HUD prompt that directs you toward the threat.