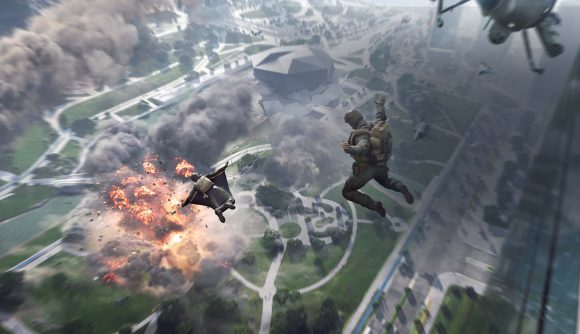 EA has sent a round of invitations to next week’s Battlefield 2042 closed alpha, and in the process outlined exactly what your rig needs in order to run the game. VGC reports that the technical test will take place between August 12 and August 15 after a short delay from July, with five sessions lasting three hours apiece and a sixth session taking place over nine hours.

The playtest will only be available to “a few thousand participants” and you can throw your hat in the ring by signing up on EA’s website for a chance to take part. If you miss out, however, there’s an open beta scheduled for September that anyone who preordered the game automatically has access to, giving you time to get your system up to scratch.

If you can run Battlefield V on your gaming PC, you likely won’t need to upgrade in order to meet Battlefield 2042’s minimum requirements. The minimum CPU hasn’t changed much since Battlefield 1 released in 2016, and more than 59% of Steam’s July hardware survey rock a GPU that’s equivalent to or greater than the Nvidia GeForce GTX 1050 Ti or AMD Radeon RX 560, it’s not too demanding.

It’s worth noting that EA hasn’t revealed these system requirements publicly and they could change in response to the technical playtest. The game will continue to be optimised until Battlefield 2042 releases on October 15 for those that pre-ordered and October 22 for everyone else. And if you’re running an RTX graphics card, you will also have access to DLSS, which should help boost fps by quite a margin.

Battlefield 2042’s technical test also runs on PS5 and Xbox Series X if your PC won’t run the game. You might want to check out the Battlefield 2042 system requirements over on PCGameBenchmark, just to be sure that your system is up to spec.