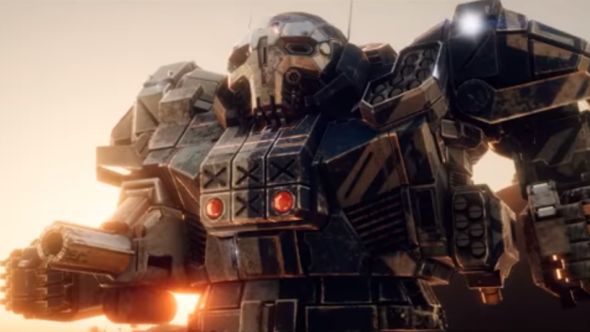 After a lengthy development process, tactical mech combat game BattleTech finally has a concrete release date. In a story trailer released earlier today, publisher Paradox announced that the game will release on April 24, and is now available for pre-order.

BattleTech is the perfect mix of XCOM and Cowboy BeBop.

The story trailer documents the history of the BattleTech mechs. It’s told from the perspective of a deposed ruler fighting to return to her throne, and appealing to the mercenaries who you’ll play as in-game to help her do so. You can watch the full trailer above.

BattleTech has had a slightly troubled development. Back in August 2017, developer Hairbrained Schemes announced that they would be delaying the game’s release to this year, citing backers’ encouragements not to rush the game out. Before that, BattleTech’s developers were sued by the owners of the Robotech anime IP. Now that an official date is set, however, it should (hopefully) be pretty plain sailing.

Original story, August 17, 2017:BattleTech, Hairbrained Schemes’ turn-based bot-brawler, was due out later this year, but it looks like the devs want more time to polish the mechs and grease up their gears or whatever else is involved in getting massive, futuristic war machines fighting fit. The game will now launch in 2018.

“Throughout development our backers have been clear: ‘Don’t rush it, just make it great.’ and we have taken that advice to heart,” said Jordan Weisman, Hairbrained CEO and creator of the BattleTech/MechWarrior universe. “HBS, Paradox, and our backers all share a deeply personal attachment to this project and we are committed to delivering a game that not only meets the high expectations of our Backers and fans but introduces BattleTech to a new generation of players.”

In the meantime, backers will be able to play the beta, which was launched in June. It will continue to be updated, as well. A new update this week will introduce balance changes, an AI upgrade, and both interface and gameplay improvements. A second update will also chuck PvP into the mix – good news if you’re sick of fighting AI mechs. The beta will continue for another month.

Head to the BattleTech forums to check out a changelog preview.

Get up to speed with the intergalactic mech-on-mech war by taking a look at Jeremy’s interview with Jordan Weisman from earlier in the year.