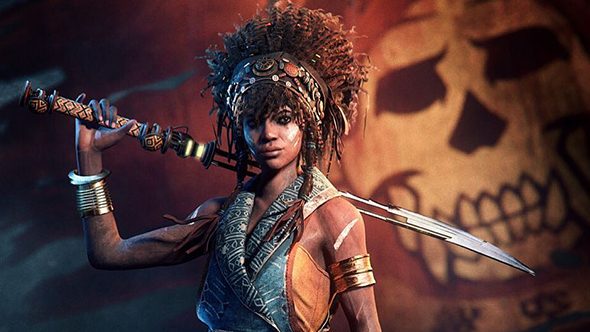 Beyond Good & Evil 2 will have a beta, but you’re going to have to wait a long while for it. BG&E mastermind Michel Ancel says that the plan is to have a playable beta ready for fans sometime late in 2019. Hey, we’ve already waited 15 years – what’s another 18 months?

Ubisoft’s massive, ambitious follow-up to the beloved action-adventure has been in the public eye from the very earliest stages of development. (Even earlier, if you count that CG teaser trailer from years ago.) Since the proper announcement last year, the developer has made clear its plans to involve the community at every stage of development, and given how tiny the snippets of gameplay we’ve seen so far have been, it should be no surprise that this beta’s quite far off.

Beyond Good & Evil 2 looks to remain part of our list of upcoming PC games for a long, long time.

Last week saw the debut of a new E3 trailer featuring Jade, as well as a tiny morsel of gameplay footage in Ganesha City. Not all the new that came out of the show has been positive for the game, however, with Joseph Gordon-Levitt’s promise to let the community work on the game – and be paid if their contributions make it in – proving controversial.

News of the beta comes via Ancel’s Instagram – terrific spot if you’re looking for some concept art for the new game, by the way – where he says: “We aim for a playable beta for the end of next year.” 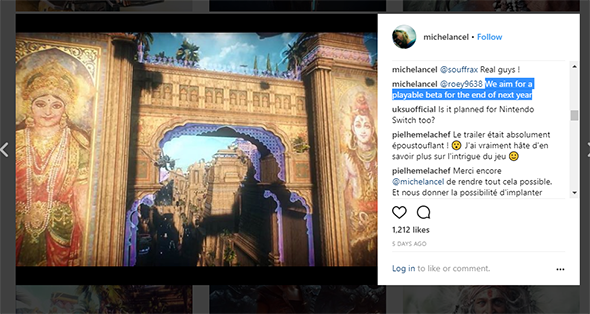 The Beyond Good & Evil 2 release date is still some time off, but you can pass the time by watching the E3 trailer once more:

We’ll be waiting for another one of those Space Monkey livestreams for any more details, and it will be even longer before we finally start to get a substantial look at what Beyond Good & Evil 2 will actually shape up to be.