If you’re going to take on a massive werewolf, you might as well bring some friends. That’s certainly how the Monkey King in Black Myth: Wukong approaches the problem in this boss fight footage, which shows him battling a snowy-haired wolf-like creature that might have looked at home in Bloodborne.

While the wolf can jump and leap with an ease that defies its size, on the ground its basic attacks are a bit lumbering and slow. That gives the Monkey King a chance to move in with some good old fashioned staff strikes. The wolf dials up the intensity, and the Monkey King has to respond with some of his magic: there’s a spell that freezes his opponent mid-blow, and other that deflects a leaping lunge from the roof of the abandoned temple nearby.

The Monkey King takes a couple blows on the chin, and as his enemy stumbles into some jars, he pulls out some magic dust, blowing it into the breeze. A platoon of about 12 smaller copies of himself drop out of thin air and charge toward the recovering were-beast.

Here’s the fight, cut down and upscaled to 4K by YouTuber SnazzyAI: 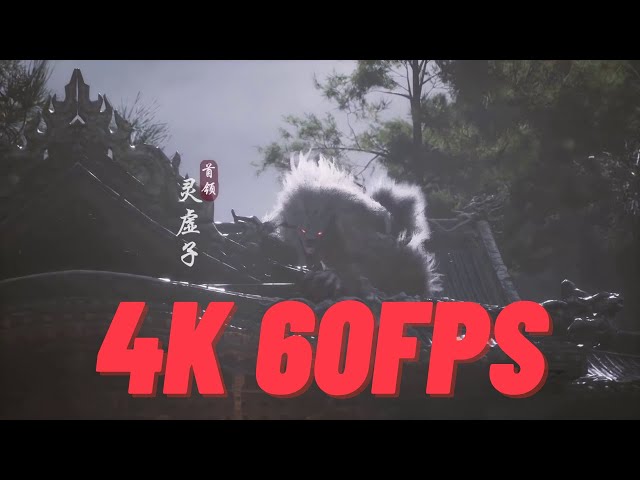 The wolf has some tricks of its own, though – while the smaller Monkey Kings advance to lay down some stick-based justice, the wolf lets out a powerful howl that obliterates them all. The Monkey King has to think of with a new solution to his wolf problem.

We got our first good look at Black Myth: Wukong last month, and it sounds like China-based independent studio Game Science still has a lot to do before its Journey to the West action-adventure game is ready for launch.

When it does, though, it’s reportedly coming to PC and next-gen consoles, and it looks like it’s shaping up to be an exciting trip.