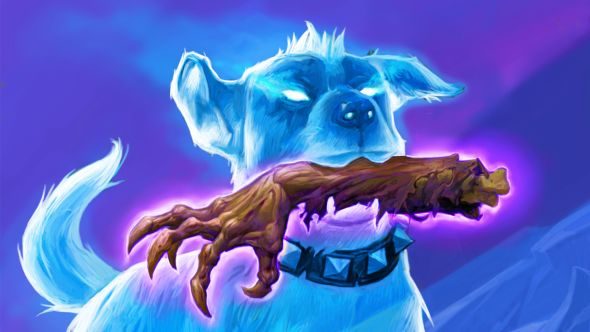 It’s been a while since Blizzard last leaked a game via job posting, but here we go again. A new set of openings have been revealed for their unannounced projects, one specifically mentioning that the successful applicant will be working on “an unannounced MMO RTS project.” The role is for an “experienced Unity mobile client engineer” and requires iOS/Android development experience.

For what’s going on in their current games, have a look at WoW patch 7.3.2.

The rest of the job page doesn’t provide any more useful information, beyond it being written in C# and the role being quite senior, with a lot of optional skills. It arrived alongside a new batch of postings, all tagged Unannounced Project, as detailed on NeoGAF.

This means there are at least two new games Blizzard are working on and actively hiring for, suggesting a reasonable degree of confidence they’ll make it to market. The other is an FPS, though nothing else is known beyond speculation that it will use the Overwatch engine. There were also job postings for a new Warcraft mobile game, which could be the same project as this MMO RTS, or a third game in an unknown genre.

As pointed out on GAF, a mobile MMO RTS looks a little like this. However, given how popular and successful Clash of Clans has been (plus the number of Blizzard employees playing it during its boom period), and the fact that you can take just about any genre and call it an MMO if you put a meta layer on it, there are a number of different possibilities for this Blizzard mobile game. A Warcraft-themed Clash of Clans is the easiest imaginary business pitch I’ve ever come up with.

As for who is working on it, Dustin Browder, David Kim, and Tom Chilton were all high-profile people who moved teams within Blizzard fairly recently. The first two have extensive recent RTS experience, being lead designers on StarCraft 2 and Heroes of the Storm. It all ties back to Allen Adham returning to the company to make new games.

When will we see it? BlizzCon seems unlikely. Many of these projects are hiring at the most senior levels, and there’s still the next World of Warcraft expansion to see at some point. Never say never though – by November 5 we might have two new Blizzard games on the horizon. If you’re hungry for new MMOs now, though, we’ve got you covered.