Of course, we’re as excited as anyone to hear this week that Valve is returning to the beloved and broken universe of Half-Life. However, the game is still months away, and there is that whole virtual reality hurdle to clear. But if you’ve already taken the plunge into VR, Boneworks is another firearms-focused VR title that might whet your appetite until Half-Life: Alyx arrives next year.

Boneworks has what is undoubtedly a Half-Lifey kind of setup: You’ve got to plunge into the mysterious Myth OS, an advanced AI system created by Monogon Industries. Naturally, something goes terribly wrong, and you’ll have to get rough with some of the AI’s inhabitants.

The video below shows off some of what makes Boneworks an exciting title for VR users. You’re free to move around, the way you would in a regular FPS, and everything seems to move very fluidly. Beyond that, you get to interact with weapon physics, which is something other VR titles have used to great effect already.

But Boneworks is going a bit further: Developer Stress Level Zero says it’s incorporating “advanced VR mechanics” and “experimental physics” into the game, letting players get creative with their approaches to problems. What could be more Half-Life than that?

Here’s a video in which YouTuber Cerberusarms gets a chance to try out the latest build. 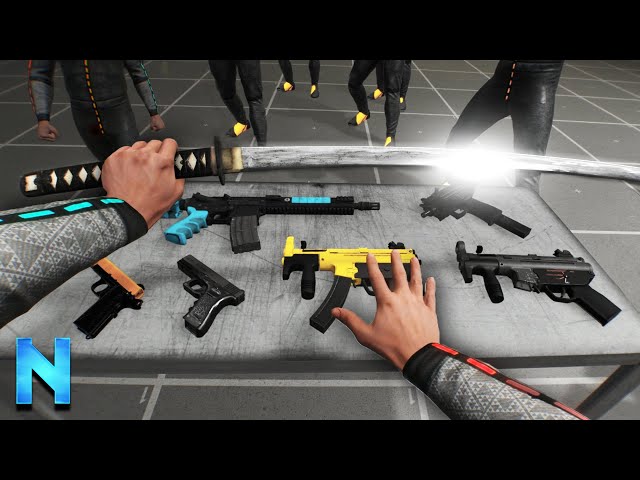 A huge innovation in Boneworks is that you can physically interact with enemies and other bodies in the game. Cerberus immediately figures out that this means you could conceivably stuff a bad guy into a locker you’ve just open – and as it turns out, it works.

There’s plenty of other cool stuff, too: At the weapon range, encouraged by one of the developers, he manages to ‘kickflip’ into a reload, tossing his virtual rifle into the air in a rotating spiral and managing to catch it by having its magazine well land on the magazine he’s holding in his other hand.

You’re also able to climb on furniture you’ve moved around and pull yourself up onto ledges, which means the sky’s the limit when it comes to puzzles and hidden areas in Boneworks.

Best of all, you won’t have to wait until next year to play. Boneworks comes out on Steam December 10, and you can add it to your wishlist now.