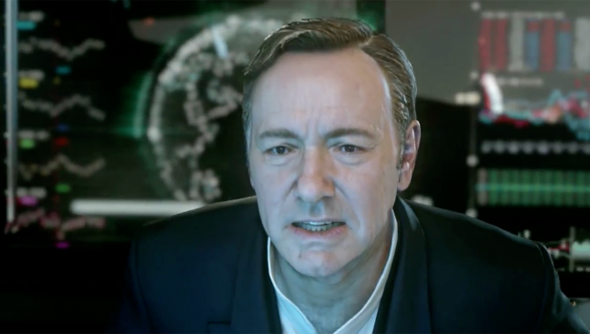 Activision like to issue statements in the aftermath of a Call of Duty release that are, essentially, grinning selfies. This time, they’ve pointed out that Advanced Warfare has topped the first-week UK sales of its predecessor, Ghosts.

Maybe it was Kevin Spacey. Maybe it was the exosuits. Maybe the numbers are yet to drop off a cliff. But right now, Call of Duty: Advanced Warfare is doing rather well.

Advanced Warfare has merited the fifth biggest Call of Duty launch in the UK to date. That sounds rubbish, but bear in mind that it’s all relative. Week one sales of the new CoD have bettered those of Destiny, Titanfall and Wolfenstein put together.

“We are very happy with how much fans have embraced Call of Duty: Advanced Warfare as evidenced by an increase in combined retail and digital sales year-over-year in the UK,” Activision told MCV.

“While it’s still early, we think we have a great game that’s fun, engaging, and will keep people playing for some time to come. Welcome to a new era of Call of Duty.”

There are a couple of things to remember here. Advanced Warfare arrived on a practically-unheard-of Monday, which gives it an extra day’s sales to lord over Ghosts. What’s more, Ghosts’ Xbox One launch was delayed last year, skewing the figures somewhat.

We don’t imagine the limp single player campaign in Advanced Warfare helped. Have you found stuff to like about it?