2020 is a very odd year for Call of Duty. With Warzone breaking all kinds of records as a free-to-play spin-off and Treyarch rushed in so soon after Black Ops 4, you’d be forgiven for expecting a lacklustre entry in the FPS series. Thankfully, Call of Duty: Black Ops – Cold War is not that.

Treyarch’s last outing released with no campaign and it feels like the studio has been storing some of its best material for Cold War. This is the closest the series has ever come to being a role-playing game, letting you create a psychological profile early in the campaign in which you select your gender, background, and a couple of perks that will stay with you throughout. And while this is pretty shallow as RPG mechanics go, it’s helped by the addition of dialogue choices and optional side missions.

Dialogue trees aren’t particularly advanced, but allow you the freedom to miss things and make rash decisions. After a gruelling pursuit over Amsterdam’s gorgeous rooftops I finally catch up with my target. Some light questioning follows – I hold him over a 40-foot drop while my partner throws his buddies off to prove a point – I decide I’ve got what I need and choose to tip him over the edge to join his accomplices. The mission proceeds without a hitch, but I later discover that the target, whose blood is currently streaming into Amsterdam’s lovely canals, was carrying a key piece of intel that I would need to solve a code for a side mission. Any CIA operatives reading this, take note.

And it goes further. After re-playing some missions and collecting all the evidence, I then need to use that evidence to crack some codes if I want to properly ‘complete’ said side missions. Treyarch provides some helpful clues, but for the most part it’s up to you to put all the evidence together and it feels very satisfying when you do, even if the actual reward – a final cutscene vignette and a Calling Card – is a little less impressive. The downside is that there are only two side missions, and while one of them takes you to a unique location for a blockbuster shootout, the other is a reskinned map from multiplayer with the enemy spawn rate cranked up to max to create some semblance of challenge. 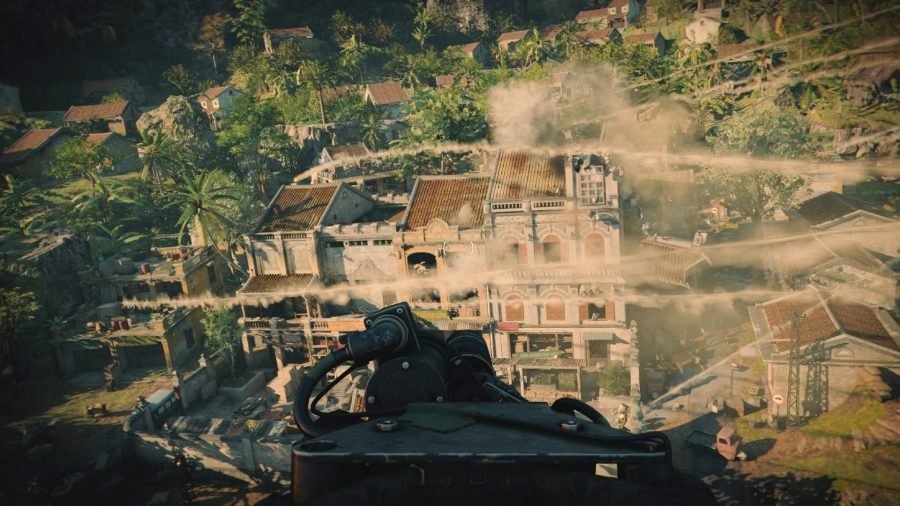 The case-cracking all takes place on the Evidence Board, a key feature in the abandoned garage your CIA cohort uses to recuperate between missions. Here you can eavesdrop on conversations and talk with your fellow operatives, which is why Black Ops Cold War has some of the better developed characters in Call of Duty. The Witcher 3 this most certainly isn’t, but for a series with so many totally one-dimensional characters, this entry does manage to buck the trend and deliver some likeable teammates with actual backstories.

It's brilliant, chaotic fun, and a welcome respite from Modern Warfare's serious demeanour

When it comes to the main missions themselves, Black Ops Cold War delivers some of the series’ best moments to date. One mission is a mind-bending acid flashback with Stanley Parable-inspired divergent paths; another takes place in the infamous Lubyanka building, headquarters of the KGB, and casts you as a double agent with the job of getting CIA operatives inside. You have multiple paths to achieve this, and it’s up to you to figure them out by exploring the building.

There are more traditional Call of Duty missions, too, like sneaking into a secret Soviet megabuilding that houses a mock American town as a live-fire training exercise. After five minutes of patiently skulking around the base’s exterior you’re given the opportunity to ‘go loud’, after which point the mission is a near-constant firefight that zig-zags through brutalist Soviet architecture and snippets of Americana. It’s brilliant, chaotic fun, and a welcome respite from Modern Warfare’s po-faced demeanour. 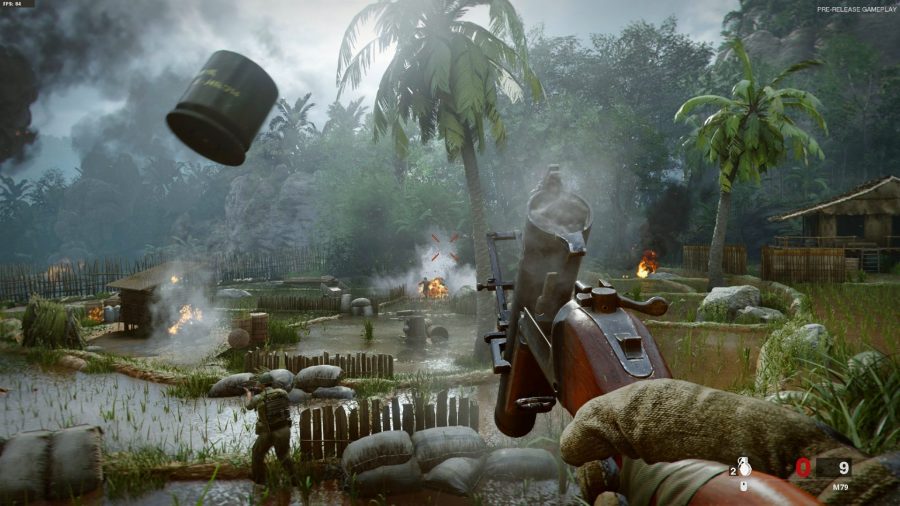 The campaign does sag at times, with a couple of missions feeling like filler, and some of the bombastic set-pieces just sort of happen to or around your character, rather than feeling like you need to take any action to survive. But when it’s good, it’s really good. It helps that Black Ops Cold War is decidedly more fictitious than last year’s Call of Duty, and depending on the choices you make you can even let the Russians get their way – although their constant portrayal in Call of Duty games as comic book villains is starting to get a little old.

Multiplayer is where Treyarch usually nails things, and Black Ops Cold War is another sturdy example of this. The 6v6 experience feels sharp, balanced, and pacey. Modern Warfare’s blisteringly fast time-to-kill is gone, so enemies will take more bullets to bring down, but likewise you stay on your feet for longer, allowing skilled players enough time to respond to threats. The movement is fast, fluid, and precise, with sliding and jumping feeling much less open to abuse by aggressive players. 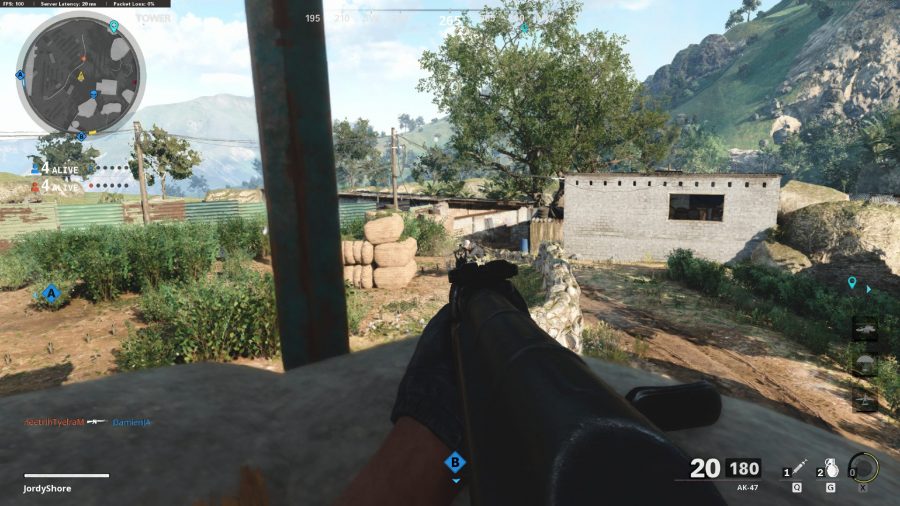 Seemingly small details feel spot on from the outset. I haven’t come across any problems with dodgy spawn points, unlike in Modern Warfare. Conversely, there’s a superb sense of map control when your team is in the ascendancy. Make a couple of mistakes and the enemy team can quickly take up key positions, so you’re always jostling around the middle of the map rather than congested in either spawn.

the best 6v6 experience in a long time

Clearer audio mixing ensures footsteps are a more reliable audio cue, while perk changes, like the reintroduction of Ninja, mean you’re generally able to move around with more confidence – which has substantially reduced the viability of ‘camping’ in multiplayer games.

The small pool of maps all feel balanced with distinct flows to master if you really want to start hitting your streaks, and while the arsenal of Call of Duty Cold War guns isn’t particularly varied, each weapon has plenty of character in its handling. The Pellington 703, for example, boasts this beautiful, balletic bolt-action animation and punchy thwack to drive home every round – it actually feels like the sniper has momentum when you go to aim down sights, and that makes timing shots just that little bit more intuitive. 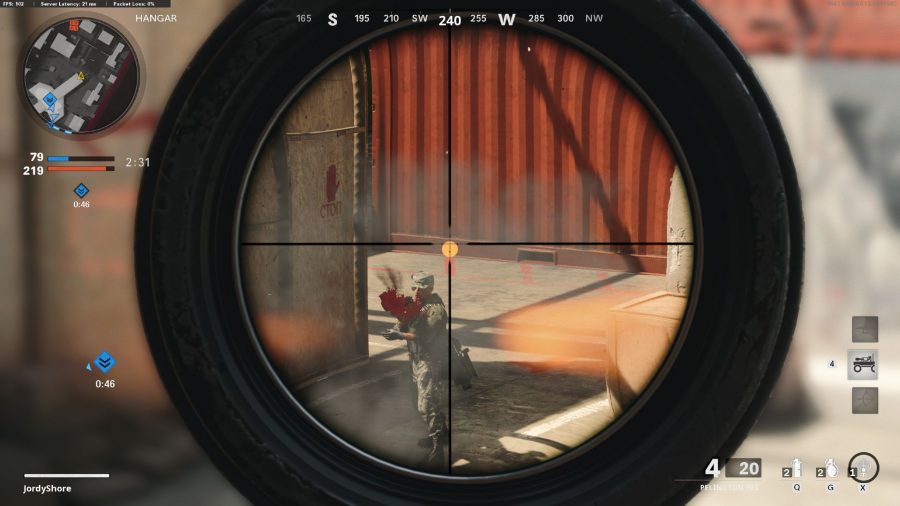 Combined Arms takes Modern Warfare’s Battlefield-killer Ground War mode and scales it down significantly, creating a game mode with a sense of flow and control, but just enough freedom to let you spend the entire match driving around in a gunboat if you fancy. Other new modes like VIP Escort, where one player must be escorted to extraction by their team, provide a neat twist on limited life gameplay, but don’t threaten to dethrone classic modes like search and destroy.

It’s not all good. The reworked scorestreak system – which lets you continue streaks across multiple lives – means high-end streak rewards are nowhere near as satisfying to unlock, although I concede that this is a huge boon for players who struggle to string consecutive kills together. The aesthetic is softer, almost blurry, which makes identifying and tracking enemies in multiplayer frustrating. Animations don’t look accurate from a third-person perspective, making it difficult to read an enemy’s movement reliably. I also encountered some connection issues, where every enemy seemed to have a half-second lead on me – this could be an issue of the review event environment, and we will update this review post-launch if things feel better. 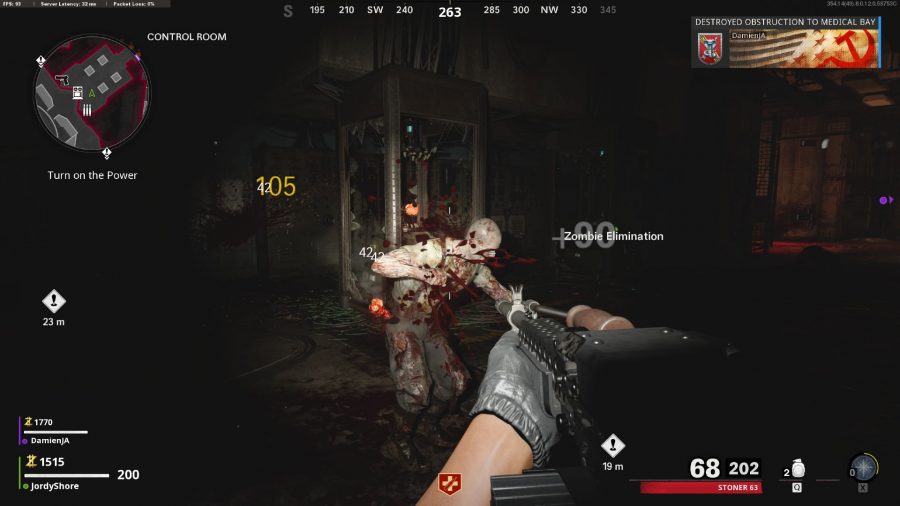 The last piece of the puzzle is Zombies, which is still something of a mystery after a few hours of play. The main map secrets were locked during the review event and are only likely to be discovered days after launch, but I did get a lot of time to explore the sprawling Die Maschine map and experience the gameplay changes Treyarch has implemented.

There has clearly been an effort to simplify and refine this often convoluted mode to bring in new players. You can craft loadouts beforehand so you don’t have to start a match with a lowly pistol. All enemies have health bars now, so you can clearly tell how much damage you’re doing and make better judgement calls on which weapons to use. There are snippets of intel littered throughout the map in relatively accessible spots, providing a more casual-friendly entry to the Zombies story. There are objective markers that steer you around the map, constantly encouraging you to open up new areas. You can also fill up ammo for a small fee, which makes survival a lot more feasible without having to unlock power-ups like the Pack-a-Punch machine – another positive for new players.

The fact that there is only one map at launch – not counting the Dead Ops Arcade map – may be a little disappointing to some, but this isn’t a map you’ll tire of exploring any time soon. There are well over 50 pieces of intel to collect, new systems like an upgrade station and a bounty generator, not to mention an alternative reality that plunges the map into darkness and introduces several surprises I don’t want to spoil for you. 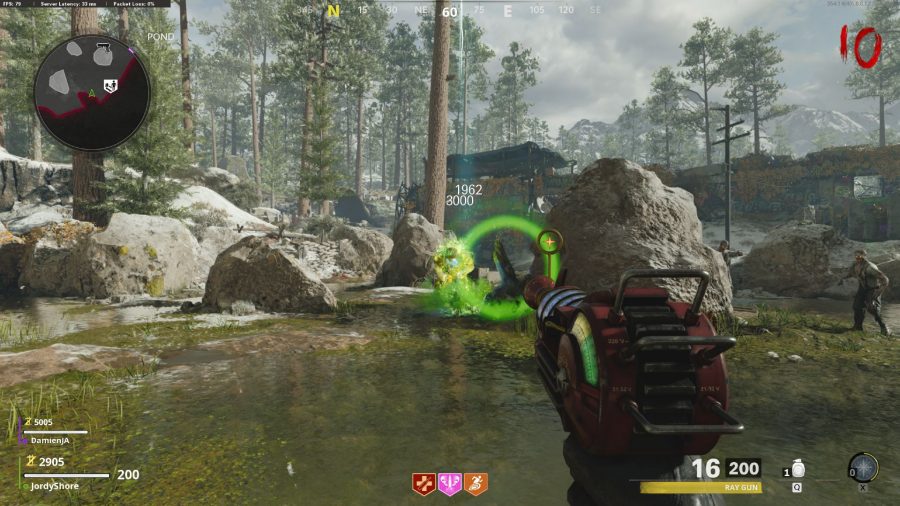 The key difference with this iteration of Zombies is that it feels like round-by-round survival gameplay is the main focus again. Rather than hunting easter eggs feeling like an alienating part of the experience, everything feels open and logical, encouraging you to explore and interact with anything and everything you see. Undoubtedly, there are big secrets to uncover, but the experience doesn’t feel lacking without them as it did in Black Ops 4’s IX and Voyage of Despair maps.

I should mention that I encountered a number of stability issues in Zombies, which should be a familiar problem to Black Ops 4 Zombies players. Hopefully, these can be resolved ahead of or shortly after launch, because they ruined a number of survival runs during the review event.

Despite some minor technical issues and some undercooked campaign missions, this is a superb offering from Treyarch and its supporting development studios. The campaign is playful and imaginative, multiplayer offers the best 6v6 experience in years, and Zombies returns to show just how badly Infinity Ward dropped the ball with Modern Warfare’s third mode, Spec Ops.

Treyarch's latest feels like it's only a few quality of life changes away from being the perfect revival of the Black Ops series. It delivers on all three fronts and manages to subtly freshen some of the series' most stale ingredients.