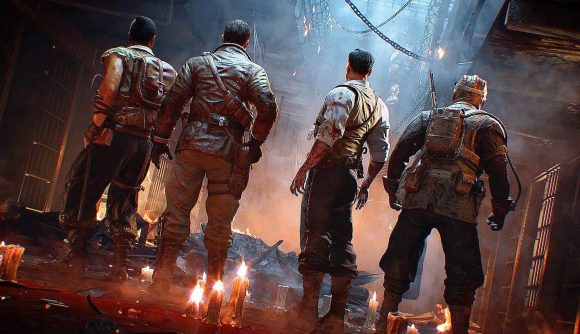 Treyarch has announced that one of their longest-standing developrs, Jason Blundell, has left the company. As co-studio head and game director, with a career that goes back 13 years, Blundell’s had a major influence on Call of Duty as it grew into the juggernaut it’s become.

Announced on Twitter, Treyarch accompanied a statement from Jason with a send-off, saying: “We wish to thank Jason for his many contributions to Treyarch. We’ve enjoyed our journey together and wish him the very best going forward!”

Blundell states it’s been a privilege to work on all the projects he’s touched in his tenure, but that Zombies has been especially gratifying. “During my time at the studio, I’ve been privileged to work on a number of projects, wearing many hats along the way,with my time on the Zombies team proving to be quite special,” he writes. “It’s a team comprised of some of the most creative and talented developers in the industry, many of which you never see because they’re behind-the-scenes shaping the direction of each experience.

Blundell’s generally regarded as a Godfather of Call of Duty: Zombies, having served as a developer on the first iteration back on Call of Duty: World at War, gradually moving up to directing Zombies from Call of Duty: Black Ops 3 onward. He’s worked on eight games in the series total, including Call of Duty 3.

We wish to thank Jason for his many contributions to Treyarch. We’ve enjoyed our journey together and wish him the very best going forward! pic.twitter.com/Tb8o36VWb2

He gives a shout-out to the Zombies community for helping the series grow from an offbeat gimmick to its own unique corner of the Call of Duty universe. “Your passion, enthusiasm – and, frankly, your craziness – has been a continued source of inspiration,” he said. “The beauty of zombies is that it has always been about the interaction between us as developers and one of the most passionate player communities on the planet.”

No word on where Jason will end up next. A battle royale mode is coming to Call of Duty: Modern Warfare this year, and Activision was none-too-happy someone spoiled the surprise. The currently underway season 2 launched early February, bringing Gunfight Tournaments alongside a host of other non-battle royale additions for players to dig into.