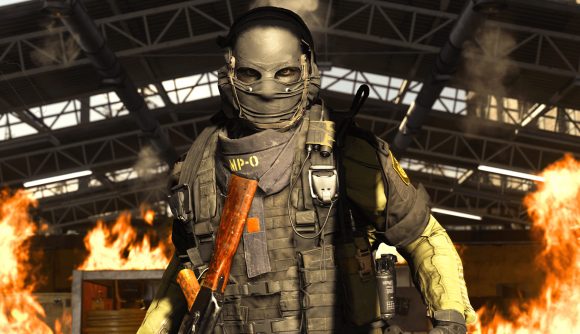 It seems Call of Duty: Modern Warfare has been experiencing some hiccups in the last few days. Developer Infinity Ward has tweeted about an issue causing XP not to be rewarded properly, and others are reporting a bug that’s stopping them reloading shotguns.

Yesterday (March 8), the studio tweeted it was “currently tracking an issue where XP is not being awarded after matches”, adding the FPS game’s teams were investigating the problem and that it would offer an update when it had more information on what was going on. A couple of hours later the studio said it was still investigating – but there’s been no word of a fix just yet.

Players have been reporting the issue on the Activision forums, Reddit, and Twitter, and if you’re a fan of Infinity Ward’s shooter you’ll know it’s a pretty significant problem, given XP’s importance in tracking hard-earned progression in-game. This also follows a recent issue with new Modern Warfare game mode Giant Infection, which was taken down shortly after release because of the exact opposite issue – it was awarding too much XP.

But that’s not all – some players have also posted clips (via Dot Esports) of glitches they’ve been experiencing when trying to re-load their shotgun. It seems some have encountered a problem where the reloading animation has got a little stuck, looping repeatedly, or prevented them reloading – and leaving the player vulnerable to enemy kills. Eek.

We’re currently tracking an issue where XP is not being awarded after matches. Our teams are investigating and we’ll provide another update when we have more information. Thank you for your patience.

However, this doesn’t appear to be as widely reported as the former issue (and hasn’t appeared on the developer’s Trello board as of this story), so it’s not clear what’s causing it or if the studio has plans for a fix just yet.

Update: We’re still investigating and working on a fix for this issue. We’ll keep you updated and thank you again for your patience. https://t.co/JcEz6Mgf90

In other news, it looks like we’ve now got a good idea of what Call of Duty: Warzone gameplay will hold, after a video detailing the upcoming battle royale mode leaked online. Plus, the multiplayer game’s now got its own Tamagotchi-style devices in-game – Tomogunchis. So, if you’re of the players affected by the XP issue, at least you’ve the option of tending to your very own virtual pet while you wait for the fix.