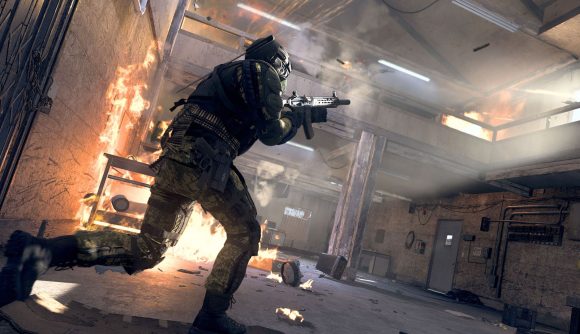 Guess what, Call of Duty: Modern Warfare fans? The FPS game’s popular 2v2 Gunfight Tournaments mode is making a welcome comeback this week, with “some awesome rewards” on offer to boot. While its return was heralded in the hefty batch of patch notes for the recent Call of Duty: Modern Warfare Reloaded mid-season update, the Tournaments event is just now making its way to the live game.

As announced by publisher Activision in the latest CoD weekly briefing blog post, “Gunfight Tournaments is back and, for those playing it for the first time, its premise is simple: win four games before you lose one, and you’ll walk away with some awesome rewards.”

You tackle the mode as duos in a ladder-style format series of games in pursuit of some exclusive prizes. And, the good news is all’s not lost if you don’t quite scrape a win in your first or last round match, the studio says – there’s still “XP and other cool rewards to be earned”.

If you’re keen to practice your duos skills ahead of diving in, the good news is the blueprint Gunfight playlist is staying put in the roster of options to play this week, so you can “shake off that 2v2 rust”, as the studio suggests, “before you try to make that awesome new blueprint assault rifle your own.”

Jump into the fight.

Get the full details in the Weekly Briefing: https://t.co/XLuYufmDat pic.twitter.com/L1WzMeojlV

In addition, there’s a new playlist – Bomb Plant Moshpit – on the way this week, which includes the Search and Destroy and Demolition modes, as well as Realism Gun Game. This “features blueprint weapons to cycle through as you only have yourself and your senses to rely on for survival and, hopefully, victory.” Gulp.