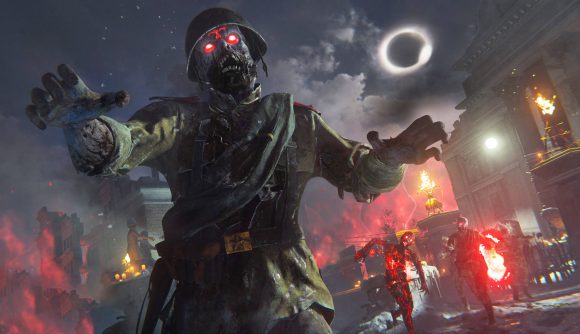 Call of Duty: Vanguard came under fire after players discovered pages of the Quran scattered on the floor in its Zombies mode map. Activision has apologised and said the content has now been removed, while acknowledging that it never should have appeared in the FPS game to begin with.

On November 10, an Arabic-speaking Twitter user posted images from Vanguard’s Der Anfang Zombies map that showed various documents scattered across the floor. These include several pages from the Islamic holy text, spattered in blood and placed in areas where players and zombies are free to walk on them.

Publisher Activision released a statement to Dexerto today acknowledging the disrespectful content. “Call of Duty is made for everyone,” the company said. “There was insensitive content to the Muslim community mistakenly included last week, and has since been removed from the game. It should never have appeared as it did in-game. We deeply apologise. We are taking immediate steps internally to address the situation to prevent such occurrences in the future.”

This isn’t the first time Call of Duty has crossed a line like this, however. In 2012, the Favela map was removed from Call of Duty: Modern Warfare 2 after players discovered a quote attributed to the Prophet Muhammad on the wall in a restroom. The most recent Modern Warfare reimagines the ‘Highway of Death’ – a name which in reality refers to an actual, real-world attack by US marines on a convoy of 2,000 Iraqi civilian vehicles during the Persian Gulf war – as an act committed by the Russian forces players are fighting.

A machine translation provides roughly the same statement as quoted above: 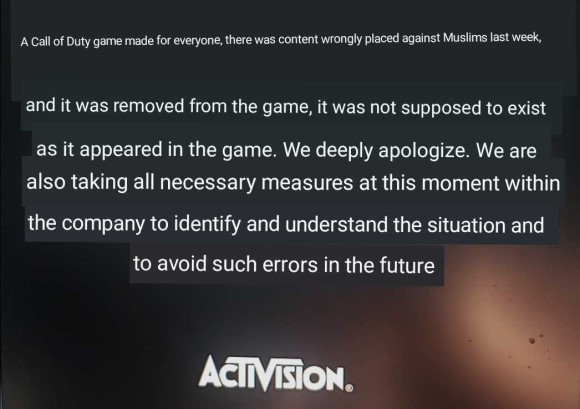