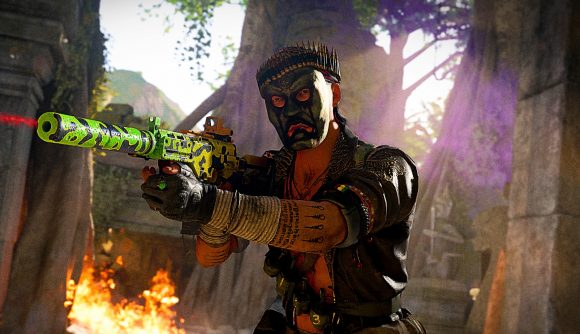 Like many FPS games that call upon your aim to best foes, Call of Duty: Warzone has seen a fair amount of people on PC take a shortcut by cheating. Earlier this year, Raven Software promised to be more transparent on what it’s doing to tackle cheaters. Keeping to its word, the developer has revealed that 13,000 more accounts have been caught in a recent ban wave.

Raven Software took to Twitter to share the news and stress that more ban waves are coming. We got one just last week (March 16) though Raven Software didn’t share how many people were caught up in that one, exactly. February also proved to be a prolific month for the developer as it dished out three separate ban waves.

In a blog post in February, Raven explained that it has “zero tolerance for cheaters across Call of Duty and Call of Duty: Warzone” and that its “focus is to combat both cheaters and cheat providers”. The developer also explained that, since launch, it has committed to weekly backend security updates, improved in-game reporting mechanisms, and added two-factor authentication, which immediately “invalidated over 180,000 suspect accounts”.

While these ban waves are proving frequent, the timing of this one makes sense as the war game is set for a mid-season update and double XP event soon. Zombies are currently running around Verdansk (the scamps) and teases are pointing to the map getting blown up because of it – oaft.

If you’re looking for some help against those pesky zombies in the meantime, though, our best Warzone loadout guide will keep you well equipped. It might not be as useful for dealing with the cheaters, mind you.