June 9, 2021 Raven Software says a fix has been deployed for the DLSS aim drift issue.

In the world of battle royale games, FPS is key – you want as many frames per second as you can squeeze out of your PC to make sure you’re getting silky smooth responsiveness whenever you snap your sights on an enemy. Nvidia’s DLSS can boost your framerate in Call of Duty: Warzone by using a lower-resolution base canvas, but it seems as though a side effect is that your guns’ optics may be out of alignment – a big problem for anyone trying to be the best sniper in Warzone.

After players began to notice the DLSS issues last month, the devs confirmed that they were “aware of an issue where DLSS may impact the accuracy of Weapon optics in Warzone. The team is working on a fix for an upcoming patch.”

That patch is now out in the wilds of Warzone, and the official Call of Duty Trello board, which tracks known issues and planned fixes, has been updated to reflect the fact.

As Charlie Intel has highlighted, YouTuber JGOD demonstrates how various DLSS settings in Warzone could cause the crosshairs in your weapon optics to misalign with where your rounds were actually going. Readers will no doubt recall that DLSS works by ‘upsampling’ a lower-resolution image and using machine learning techniques to interpolate missing visual data on the fly when it’s displayed at a higher resolution. The results can be surprisingly clear, even working from a base canvas of 720p.

A fix was released for DLSS and it should now be working as intended.

Regiment Invites will be fixed in an update coming next week.

Link to Trello Board: https://t.co/fAX131sUxN

Surprisingly, however, JGOD found that the effect would get increasingly pronounced as you moved from ‘ultra performance’ setting up to ‘quality’, which means the misalignment got worse as the base canvas became more detailed. 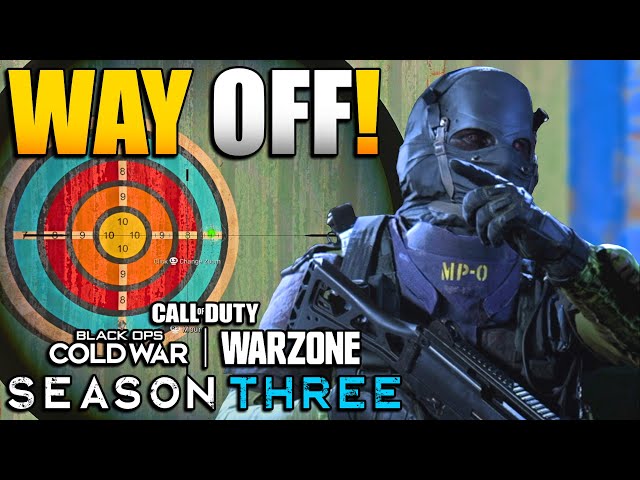 It’s something the Warzone subreddit noticed, too.

As JGOD demonstrates, shots wound up landing slightly to the right of where the optic’s crosshairs fell, although the tac laser attachment he’s using continues to point in about the correct location on his targets.

The issue has, thankfully, now been resolved – so you can start lining those headshots up like normal once again.