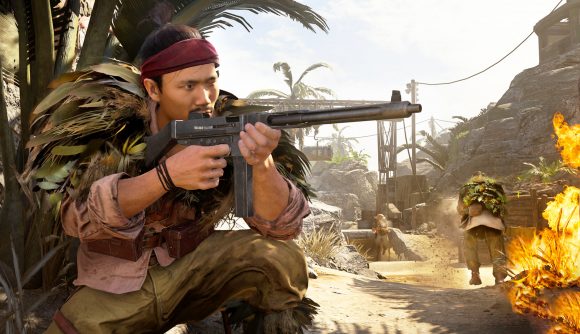 A new cosmetic pack for Call of Duty: Warzone has been disabled until further notice. Developer Raven Software has shut down the battle royale game’s new Lunar New Year-themed Tracer Pack: Year of the Tiger, after hearing reports from players that the pack was causing crashes.

As Charlie Intel reports, the Tracer Pack: Year of the Tiger sells for 1,000 COD Points (or about $10 USD), and includes the Tiger Blueprint for the STG-44 assault rifle. That comes with a vibrant tiger-themed skin for the weapon, plus two weapon charms, two calling cards, and the Tiger’s Dance watch. Like all tracer packs, it also includes a visual effect for rounds fired from your weapon – in this case, fireworks.

One of these items, it seems, was crashing Warzone and causing other glitches. In some cases, it seems to have actually ruined matches, and it’s bad enough that Raven has now stepped in and disabled the pack completely while it works out the issue.

❗️We're aware of an issue causing Players to crash while using contents from Tracer Pack: Year of the Tiger.

This Store Bundle has been disabled in #Warzone until further notice.https://t.co/JzeiSQGEW0

The issue was added to the Warzone Trello board yesterday, February 1, so it’s hardly a surprise we haven’t seen an update on it yet.