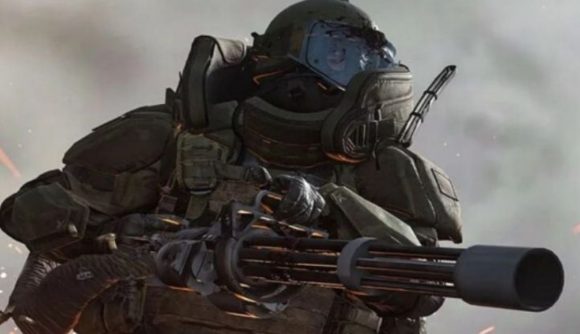 A new Call of Duty: Warzone patch rolled out yesterday, as part of Season 3, and players of the battle royale game got a little more than they expected. The minigun, a weapon that’s been removed for some time, started randomly dropping in the multiplayer game.

Players on both Verdansk and Rebirth Island were finding the weapon in supply boxes, and at first it looked like this might have been some form of a surprise. Not so much, and developer Raven Software soon added an investigation to its roadmap Trello board. Yesterday evening, another update was released, that should stop players from getting the gun.

“A Warzone Playlist update has been pushed that should prevent the minigun from spawning from supply boxes,” read a tweet from Raven Software, quote-tweeting the addition of the matter to the dev team’s priorities. Given it was around for less than a day, the minigun didn’t have too much opportunity to upset the balance or cause more chaos than necessary, but if you do happen to come across it, do let the team know.

You can view a clip of someone using the minigun below:

🛠️ A #Warzone Playlist update has been pushed that should prevent the Mini Gun from spawning from Supply Boxes.

If the issue persists, please let us know in the replies! https://t.co/ZuqvRYRVrf

Just as the sun always rises, we have a new Call of Duty arriving this autumn, from Sledgehammer Games.