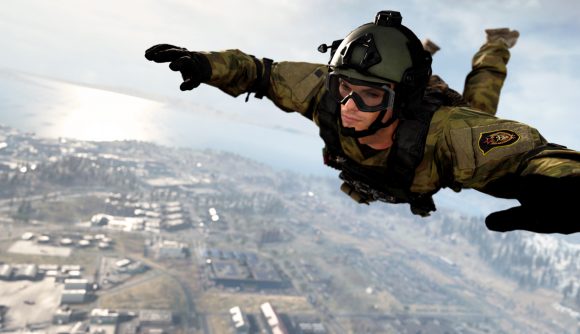 Nvidia’s Deep Learning Super Sampling (DLSS) feature will soon appear in several upcoming PC games now that it’s baked into Unity and Unreal Engine, but older titles aren’t being left out, either. Call of Duty: Warzone and Modern Warfare’s latest update ushers in the technology over a year after release, and Nvidia touts that it’ll boost fps by up to 70% at 4K resolutions if you’re using the best graphics card.

That’s great news if you’re trying to hit a high refresh rate on the best gaming monitor or want to max out the graphics on a lower-end gaming PC while still maintaining a good frame rate. However, DLSS is only compatible with the green team’s RTX cards, so if you’re still rocking a GTX GPU thanks to stock issues that won’t go away until next year, you won’t benefit from the update.

Nvidia compares the performance of DLSS in Call of Duty: Warzone, and it’s better all around, as we’ve come to expect from the feature. The RTX 3060 sees the biggest jump with a 71% increase in frame rate running max settings at 4K resolution. The RTX 3090 follows with a 48% boost in the same conditions, and even the RTX 2060 gets an extra 20fps at 1080p resolution.

It’s worth remembering that these are cherry picked examples from an internal test, however, and we won’t know whether it’ll improve the visual quality or blur it, which can be a side effect of certain DLSS settings on some titles. 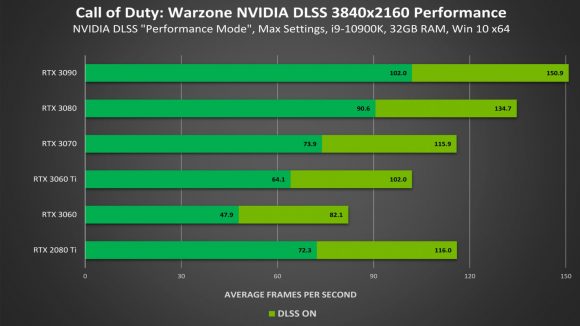 We’re still waiting for AMD’s answer to DLSS, with no release date currently in sight for FidelityFX Super Resolution. Right now though, it looks like the best GPU for playing Warzone is one from Nvidia.