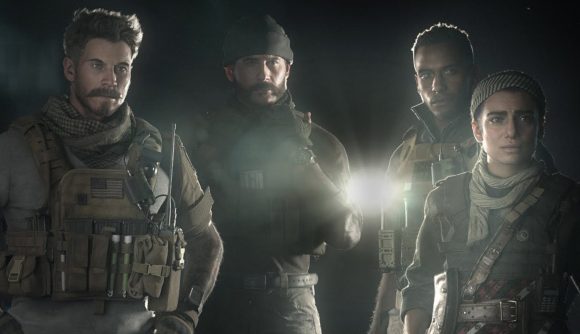 There will be no new Call of Duty in 2023, according to a new report. 2022’s game, developed by Infinity Ward and rumoured to be Modern Warfare II, is still expected to launch this year. 2023 would be the first year since 2004 without a Call of Duty launch.

The delay is coming in response to last year’s Vanguard failing to meet expectations, “leading some executives to believe that they’re introducing new versions too rapidly,” according to Jason Schreier at Bloomberg. Treyarch is said to be working on the now-delayed game, and will reportedly be assisting on a new free-to-play online game, separate from Warzone, to help fill the gap in 2023.

Activision Blizzard has provided PCGamesN with the following comment: “We have an exciting slate of premium and free-to-play Call of Duty experiences for this year, next year and beyond. Reports of anything otherwise are incorrect. We look forward to sharing more details when the time is right.”

Activision Blizzard officially confirmed that this year’s Call of Duty was in development at Infinity Ward earlier this month. The publisher said that “the team is working on the most ambitious plan in franchise history, with industry-leading innovation and a broadly appealing franchise setting”, which matches the tone of earlier reports suggesting that this would be a direct sequel to the recent Modern Warfare.

The original Call of Duty released in 2003. An expansion pack for that game and a separate console game called Finest Hour launched in 2004. There has been a new mainline Call of Duty every single year since, from Call of Duty 2 in 2005 to Vanguard in 2021.