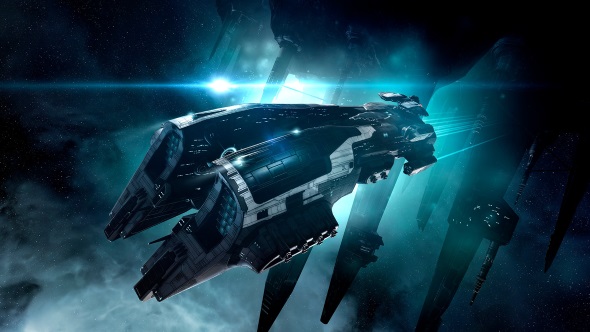 Enjoy exploring the infinite void? Check out the best space games on PC.

CCP announced the sale of their Newcastle studio, which made Eve: Valkyrie, back in October, alongside the shuttering of their Atlanta office. They have also slashed Eve Online’s community team, but are also developing a new MMO and investing in mobile development, so they’d probably want you to think of them as refocusing rather than strictly downsizing.

“Sumo Digital is a great home for the team in Newcastle,” says Hilmar Veigar Pétursson, CEO of CCP Games. “As we say goodbye to our former colleagues we know that they will do great things there, and we can’t wait to see what they do next.”

Sumo are one of the UK’s biggest independent developers, with over 500 staff and four studios, including their new Newcastle office. They have been working with CCP on Project Nova, an FPS set in the Eve universe, and have collaborated with Sony and Microsoft on sequels and spin-offs for a number of major console franchises including Forza, Crackdown, and LittleBigPlanet. Their most notable original IP is Snake Pass, a charming puzzle-platformer that came out in March last year.